As early as 2000 years ago, the ancient Silk Road has already connected people both of China and Azerbaijan. Ever since China put forward the Belt&Road Initiative, Azerbaijan always make an active response. 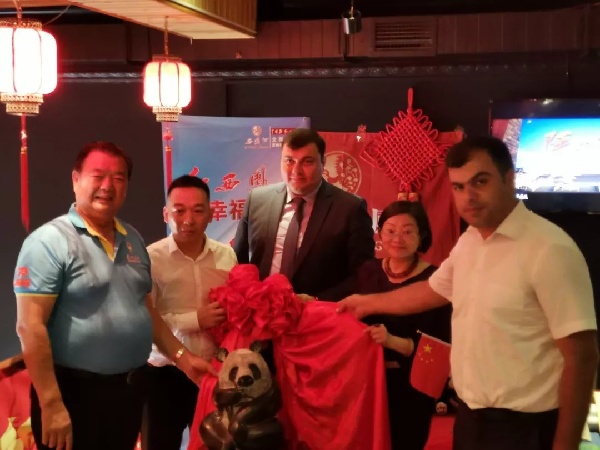 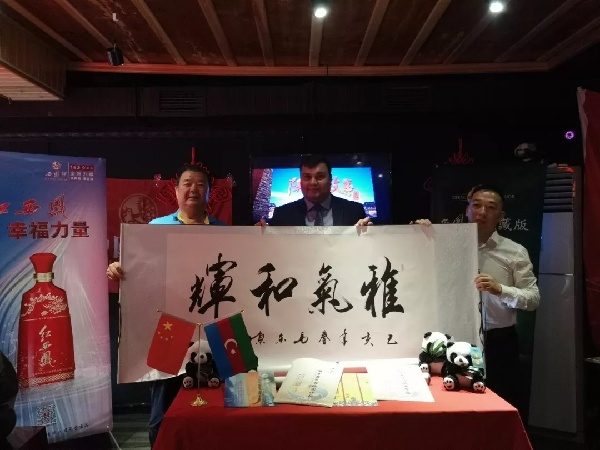 Baku, the capital of Azerbaijan, was one of the bidding cities of 2020 Summer Olympic Games. Their emblem used to bid for the Olympic Games impressed the public. The emblem is a logo of 2020 drawn by the colors red, yellow, blue and green. It was inspired by the hand-made carpet of Azerbaijan. In November, 2010, Azerbaijan traditional carpet knit art was listed as the UNESCO Intangible Cultural Heritage of Humanity.

On August 18th., 2019, the delegation came to the Carpet Museum which is located in Baku, the capital of Azerbaijan, gave the calligraphy and painting works as gifts to the museum.

On August 19th., the delegation paid a visit to Haslam Aslanov, the chairman of the board of Azerbaijan News Agency, the director of the World Press Association, talked about media alliance construction of the Belt&Road, as well as the cultures and arts exchange between two countries. 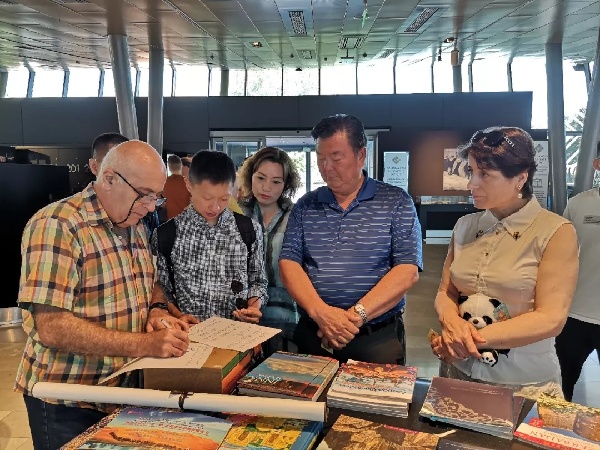 Jiang Mingyi said, "China&Azerbaijan friendship has a long history. 2000 years ago，the ancient Silk Road has closely linked the Chinese and Azerbaijan people. In recent years, high-level exchanges and visits between two sides have been frequent. Leaders of both sides have reached an important consensus on building the "One Belt and One Road", and it is our responsibility and mission to implement the consensus reached by the leaders of the two countries.” 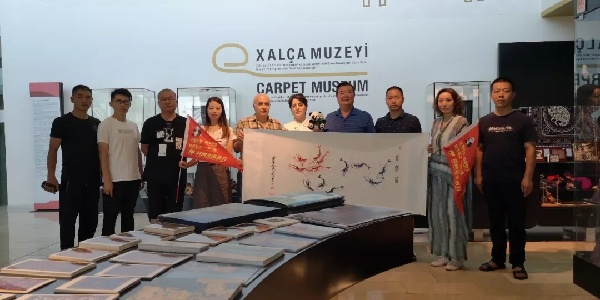 On August 15th., the delegation visited the Azerbaijan National Library, and conducted friendly cultural exchanges. They presented the works of Shanxi Elite calligraphers and painters to the National Library.

The delegation will visit 39 countries along the Belt&Road, pass through continents of Europe and Asia. The technology, culture, folk art and famous products from different places displayed by this activity are the most representative Silk Road "business cards". They involve many levels and are well organized. This is an innovation of Shaanxi province in bringing together the folk forces into the Belt&Road. It is a new exploration of communication and cooperation with countries and regions along the Silk Road in many fields .

The purpose of this event is to build an influential value sharing platform of global charity, and to build a great "China Dream" and "World Dream". During promoting mutual benefits and win-win result, we should guide the international community to understand the China Dream comprehensively and objectively. To make the world further understand that China will achieve China Dream through a way of peaceful development, mutual benefit and win-win result.