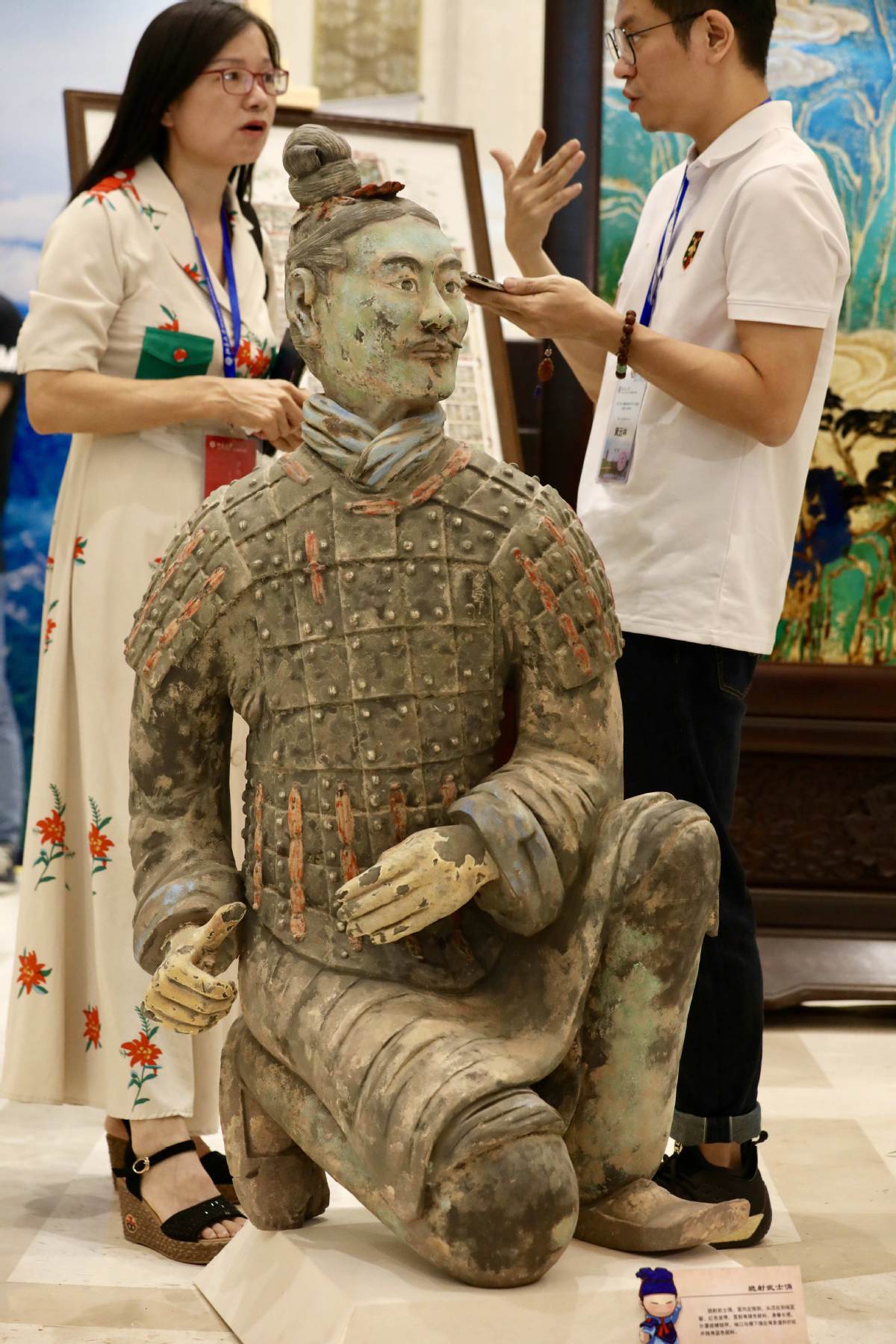 A 3D-printed "Terracotta Warrior" is displayed at an exhibition for Shaanxi province in Beijing on Wednesday. (Photo: China Daily/Zhu Xingxin)

Known for its rich history and cultural heritage, Northwest China's Shaanxi province is actively participating in the Belt and Road Initiative to break new ground in its efforts to open up, the province's top official said on Wednesday.

Shaanxi has been an important gateway to China since ancient times. As early as the Western Han Dynasty (206 BC-AD 24), trade routes were opened between East and West, Shaanxi Party Secretary Hu Heping said at a news conference at the State Council Information Office.

More than 100,000 foreigners lived in Chang'an when it was capital of the Tang Dynasty (AD 618-907). At the time, Chang'an was the only city in the world at the time with a population of more than a million, he said.

Today, the province has economic and trade exchanges with more than 180 countries and regions. Its total import and export volume reached more than 351 billion yuan ($49 billion) last year, according to the news conference.

The Chang'an China-Europe Freight Train has connected 44 countries and regions in Central Asia, the Middle East and Europe. The freight trains made 1,235 trips last year, six times more than in 2017. A total of 1,073 trips have been made in the first seven months of this year, Hu said.

Having been home to China's capital for more than 1,000 years, the province enjoys a rich heritage with more than 50,000 cultural sites and 7 million relics stored at its museums, he added.

The province's heritage also attracts many tourists from home and abroad and is helping the province become an important international tourist destination.

Tourism revenue in Shaanxi reached 599 billion yuan last year, with 630 million visits made, the press release said. Among them, 4.37 million visits were made by foreign tourists.

The province welcomed about 370 million domestic and international visitors in the first half of this year, and tourism revenue reached more than 373 billion yuan during that period, it said.

Liu Guozhong, the province's governor, said it has also made great efforts in improving people's livelihood and disposable income.