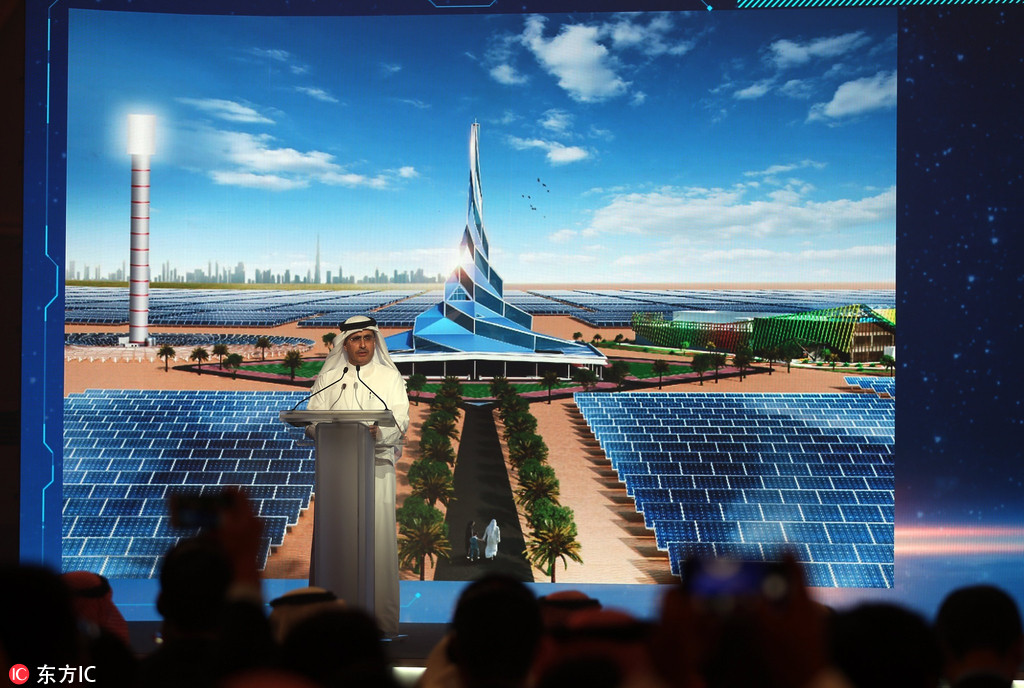 The 700 megawatt CSP project is the fourth phase of the Mohammed bin Rashid Al Maktoum Solar Park in Dubai. Upon completion, it will be the only CSP project to supply power 24 hours a day in the world.

The project is scheduled to come online in 2020 when the World Expo will be held in Dubai. It is expected to contribute up to 7 percent of the city's total power output by 2020 and 75 percent in 2050.

Shanghai Electric will be responsible for the construction and a wholly-owned subsidiary of ACWA Power will be in charge of the operation of the project.

The project will offer power at 7.3 cents per kilowatt-hour upon completion. According to Mohammad A. Abunayyan, chairman of ACWA Power, it will be the first time in the world that the cost of solar power will equal conventional power such as gas.

CSP systems generate solar power by using mirrors or lenses to concentrate a large area of sunlight onto a small area. Electricity is generated with the light converted to heat.

According to Beijing-based industry information provider CSP Plaza, the total installed capacity of CSP generators worldwide went up 2.3 percent year-on-year to reach 5,133 mW in 2017. Spain accounted for nearly half of the world's CSP installed capacity, the largest of all, followed by the US.