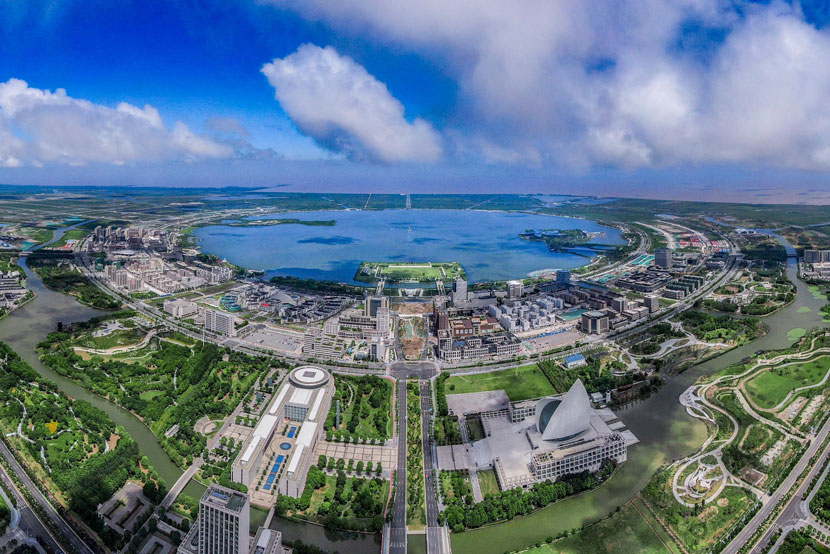 Shanghai on Tuesday inaugurated an expansion of its free trade zone, according to a report by Sixth Tone’s sister publication, The Paper.

The added area, Lingang New City, is located along the southeastern coast of the municipality and covers an area of nearly 120 square kilometers. It also includes the site of a Tesla “gigafactory” that is expected to begin production by the end of the year. According to the State Council, China’s Cabinet, the expansion to the free trade zone will “facilitate overseas investment” and the “free flow of goods.”

Established in Pudong New Area in September 2013, the Shanghai free trade zone initially covered 29 square kilometers before being slated for expansion to 120 square kilometers in late 2014. During the first China International Import Expo last November, President Xi Jinping announced plans for the expansion “to capitalize on the important role of Shanghai and other areas in China’s opening-up.”