China will host the second Belt and Road Forum for International Cooperation in April 2019, Chinese President Xi Jinping disclosed in the keynote speech delivered at the 26th APEC Economic Leaders’ Meeting in Port Moresby, Papua New Guinea on Nov. 17. This message has been warmly responded by the world. 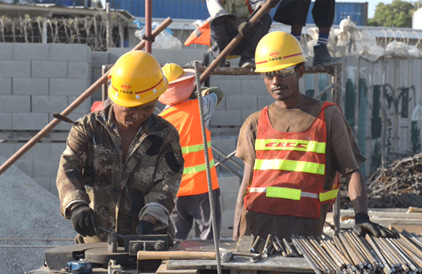 Over the past five years, more than 140 countries and international organizations have signed cooperative agreements with China on the Belt and Road Initiative. The Belt and Road construction, as well as the principle of wide consultation, joint contribution and shared benefits have been included in the outcome documents of the UN and other major international mechanisms.

Making ideas into actions and vision into reality, the Belt and Road construction has achieved fruitful results. It presented a bright path where China shares opportunities with the world for common development.

Scholars have good reason to believe that the Belt and Road has been creating a super large global market.

On one hand, China, with a population of nearly 1.4 billion, has a huge domestic market and has become a major driver of global economic growth and a primary source of dynamism.

Over the past four decades of reform and opening up, China has pursued development with open doors, becoming the world’s largest trader of goods, the largest tourism market and a major trading partner of more than 130 countries. The country has proven its resolution to support free trade and open its market to the world by concrete actions.

On the other hand, the Belt and Road is leading a new balance of the global market, continuously stimulating new demands, and realizing the rebalance of global economy. The co-construction of the Belt and Road is of great importance and has also played a key role in developing new economic growth points, increasing internal dynamism and boosting global economic growth.

The Belt and Road is an initiative for economic cooperation, instead of a geopolitical alliance or military league, and it is an open and inclusive process rather than an exclusive bloc or "China club." It does not differentiate countries by ideology or playing the zero-sum game. As long as countries are willing to join, they are welcome, according to President Xi.

He pointed out that the broad support for the BRI shows aspiration from countries involved, developing countries in particular, for peace and development.

China has been following the principle of conducting consultation and collaboration for shared benefits and common prosperity. The Chinese stance has gained increasing understanding and praise from the international community.

Martin Jacques, a senior fellow at the Department of Politics and International Studies of Cambridge University, believes that China is advocating a new type of global cooperation. China’s proposals, including the Belt and Road Initiative and the concept of building a community of shared future for all humankind, are the best demonstrations of China’s worldview.

(Zhong Sheng, a homonym in Chinese for “voice of China”, is a pen name often used by People's Daily to express its views on foreign policy.)