Shenzhen, Guangdong Province, will play a bigger role in leading the development of the Guangdong-Hong Kong-Macao Greater Bay Area and influencing other urban areas in China as it aims to become an example of what a city can be in a strong and modern socialist country, analysts said on Sunday. 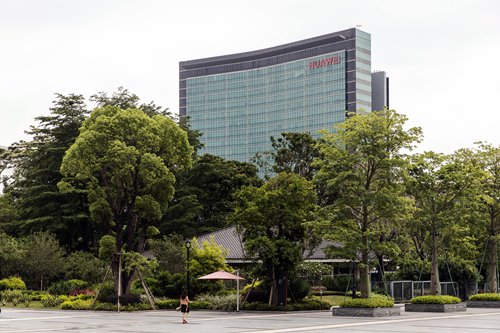 The comments came after top authorities in China last Wednesday approved a new status for Shenzhen, which will strive to become a pilot area of socialism with Chinese characteristics and an "exemplar city of a strong and modern socialist country."

The Shenzhen Special Zone Daily cited experts as saying on Thursday that accomplishing the goal of becoming an exemplar city implies the city will continue to bolster its core engine function in driving the development of the Greater Bay Area.

Experts said that while Shenzhen's elevated status would be more focused on how its development model can be replicated across China as cities vie for a bigger role in socialist modernization, it is also about Shenzhen playing a bigger role in the Greater Bay Area.

The development raises the issue of whether Shenzhen or Hong Kong will assume a leading role in being the bellwether in pushing the integration of the Greater Bay Area.

Previously, some believed the role would be held by Hong Kong, as other cities use it as a springboard to global markets. But in reality, Hong Kong finds three worthy competitors in Shenzhen, Guangzhou and Macao, with the four sharing influence.

Shenzhen, which was a former fishing village near Hong Kong four decades ago when China introduced the reform and opening-up policy, surpassed Hong Kong in terms of GDP in 2018 to become the largest economy among cities in the Greater Bay Area. Some believed that Shenzhen's economic rise is coupled with Hong Kong's standstill, a status demonstrated by the current unrest in Hong Kong.

Wang Yiwei, Jean Monnet Chair Professor at the Renmin University of China, said the Shenzhen model, which combines the force of the government and the market, has become China's calling card and gained global influence.

"As the Belt and Road Initiative makes progress, many participant countries and regions are actually referring to their newly opened-up ports and development zones as their own Shenzhens," Wang said.

Bai Ming, deputy director of the International Market Research Institute of the Chinese Commerce Ministry, said that unlike Shenzhen's previous positioning, when it strove to make everything better within its borders, the new-era Shenzhen will be expected to generate more opportunities for other localities for common development and prosperity.

Home to 71.16 million people, the Greater Bay Area had a total GDP of $1.6 trillion in 2018, which was the third-highest after the Tokyo bay area and New York metropolitan area, according to data published by the Hong Kong Trade Development Council.

"Because the two cities are so different, it won't be a matter of who leads who," Bai told the Global Times on Sunday.

"It will be a matter of which city has more influence and the other city wanting to benefit from that influence being influenced," Bai said.