In the globalized world, the development of one country is highly dependent on its partnerships and multilateral relations with others. This is a reality, especially, for small island nations such as the Maldives, which is on the cusp of transformation from developing to developed. The world-renowned tourist destination I call home is home to over 380,000 people, which is a small amount compared to giant nations such as China. Nonetheless, China, the world’s second largest economy, has been at the forefront of assisting and aiding the Maldives in its developmental endeavor since as early as I can remember. 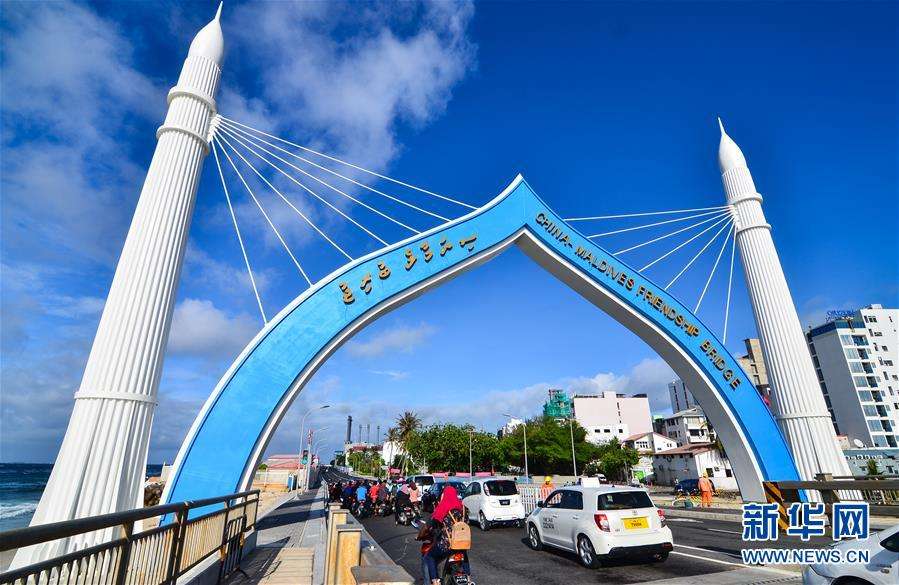 Sinamalé Bridge, developed as part of the Belt and Road Initiative, connects the Capital City Malé with Hulhumalé and Hulhulé of Maldives. (Photo: Xinhua)

My country has 1,200 islands, out of which 190 are residential, 200 resorts and the rest uninhabited. The islands are divided by the ocean, often the only way of connectivity is by boat, while there are some domestic airports which provide air connectivity as well.

The metropolitan or capital area consists of four islands, Malé, residential islands of Hulhumalé and Villimale as well as Hulhulé Island, which is the island allocated for our main airport, Velana International Airport.

One-third of our total population resides in the capital area. As you can imagine, before the bridge, traveling between these islands took a lot of time and money. Land is scarce in the capital Malé, so many residents lived on Hulhumalé Island and traveled to the capital for employment and other purposes. The airport is a hub from which Maldivian citizens traveled to islands and abroad. Traveling by boat meant a lot of hassle for people, especially if you had to make the journey with children, the elderly or disabled.

We opened our first cross-sea bridge, Sinamalé Bridge, developed as part of the Belt and Road Initiative, which connected the Capital City Malé with Hulhumalé and Hulhulé. The bridge was a blessing for those commuting daily, who previously had to endure rough seas and delays in ferry services.

The bridge project was also the first such mega development project to be conducted in the country, bringing in new hope for the country in dire need of connectivity in ways other than ferry and air. Before the Sinamalé Bridge, such a project was just a dream for Maldivians.

Now the bridge allows residents to travel spontaneously, in less than half the time, without spending a dime if they have their own vehicles.

CCCC Harbor Engineering of China began construction of the bridge in 2016, and the project was completed in August 2018. The bridge, which is 2.1 km in length and 20.3 meters in width, was funded by the Chinese Government, who helped make the dream a reality.

Besides the bridge, China helped our nation develop housing units on islands to avert much-dreaded congestion, which was making daily life miserable for every Maldivian living in the capital area as well as on some smaller islands. China has helped us develop roads, build government offices, conduct surveys and begin other projects. China remains a country which the Maldives can turn to when in need of development or assistance.

The author is a journalist with the PSM Public Service Media in Maldives. She is a fellow at the China Asia-Pacific Press Center 2019 program.

Cover image: Sinamalé Bridge, developed as part of the Belt and Road Initiative, connects the Capital City Malé with Hulhumalé and Hulhulé of Maldives. (Photo: Courtesy of CSNEC)