BRAZZAVILLE, Sept. 2 (Xinhua) -- President of the Republic of the Congo Denis Sassou Nguesso said he is confident about the prospects for Sino-Congolese cooperation as well as China-Africa cooperation. 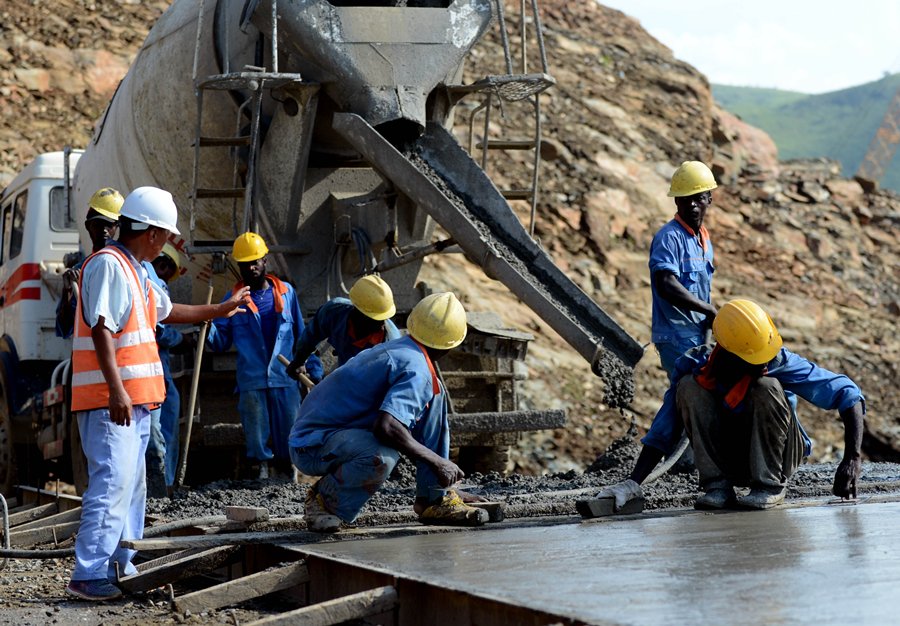 The cooperation is "strongly based on sincere friendship, mutual respect," he said. "We think we are on the right way, not only Congo but all Africa. I am confident about the cooperation that exists between Africa and China."

"China, Africa and the rest of the world will be faced with a wonderful prospect," the Congolese president told Xinhua in a recent interview before leaving for the Beijing Summit of the Forum on China-Africa Cooperation (FOCAC), which is themed "China and Africa: Toward an Even Stronger Community with a Shared Future through Win-Win Cooperation."

Cooperation between the Republic of the Congo and China dates back to the 1960s. Sassou Nguesso cited China's assistance in building several thousand kilometers of roads in the African country.

When the country won independence in 1960, "many people do not know that in Congo at the time there was not a single kilometer of paved roads outside a few asphalt streets in the capital city," he said.

"Thanks to the Sino-Congolese cooperation we were able to build the road (connecting) Pointe-Noire to Brazzaville today," he said.

"Today, day and night, vehicles can come and go between the deep-water port of Pointe-Noire and Brazzaville on the banks of the Congo River, thus promoting the movement of people, goods," he said.

As for the theme of the upcoming FOCAC summit to held on Sept. 3-4 in Beijing, the Congolese president called a community with a shared future "a great idea."

"The Chinese and African peoples throughout history have experienced almost similar situations ... and today they have chosen to (be on a) journey together for development, economic and social well-being," he said.

Regarding globalization, "there are important challenges that we must face together, including terrorism, insecurity and climate change, etc. These are situations that are linked and affect all the peoples in the world," he said.

"I think that a summit bringing together China and Africa is already an important link in this project to gather all the humanity together to meet these challenges," he said.

The Congolese president said he thinks the China-proposed Belt and Road Initiative meshes well with the United Nations 2030 Agenda for Sustainable Development and the African Union's Agenda 2063.

"We have welcomed this initiative since the (FOCAC) Johannesburg Summit ... We believe that this initiative will integrate Africa. All this is in the direction we have chosen to walk together," the Congolese president said.

"For me, the theme of this forum is well chosen, and the moment too. And we are going to study all the possibilities that should allow the Chinese and African peoples to move toward progress," he said.