BRI NEWS Sino-UK ties under and beyond Brexit

Sino-UK ties under and beyond Brexit 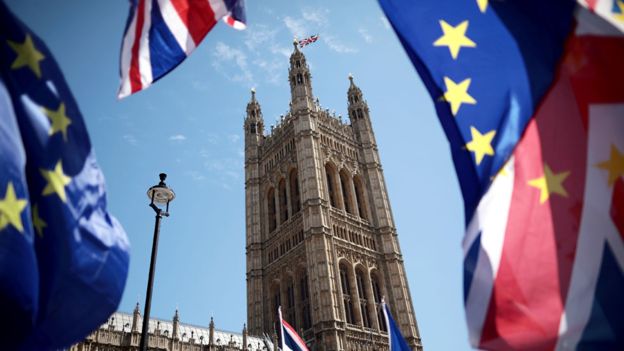 The hotly debated and controversial UK referendum to leave the European Union, also known as Brexit, took place on June 24, 2016. With a slight majority in favor of Brexiteers, Theresa May triggered a formal negotiation with EU leaders to start the divorcing process on March 28, 2017, implying that the latest day for the UK to be fully separated from the EU will be March 30, 2019.

Two years after the referendum, UK domestic voices continue to be divided although there is no option but to press ahead with the decoupling procedure. Popular concerns include more political, diplomatic and foreign policy freedom at a significant cost to the UK economy and the welfare of Britons.

Over the last two years, the UK economy has struggled to recover from the world financial crisis, but the damage caused by Brexit appears to have been “a thick layer of ice formed after a heavy shower of snow”.

Interest rate continues to be kept at a ridiculously low level and the pound sterling has weakened sharply against the greenback as well as the Chinese RMB. At its high, one pound sterling could buy up to 16 RMB before the world financial crisis, but today, it can only exchange for less than nine. China surpassed the UK in 2005 as the fourth largest economy in the world, but 12 years later, the former’s GDP is already four and a half times that of the latter.

The US economy has been doing so well that the entire EU, including the UK, has been overshadowed and undermined in the aftermath of the world financial crisis. The G7 economies were for a long time the most dominant powers in the global economy, but today, only the US and China are the two most dominant drivers of world economic expansion.

At the latest G7 summit, Donald Trump isolated himself with all the other leaders of the western industrial powers, the friction between the US and its peers is complex and unprecedented, implying that the original mission of G7 may have come to an end as the world geo-politics has fundamentally reshaped to such a point that the US can afford to totally ignore the significance of western Europe and Canada.

The photo showing the tension between US and its little brothers with immense frustration twitted by German Chancellor Angela Merkel is quickly spread around the globe. By twitting the picture, Merkel commented that Donald Trump’s refusing to issue a G7 Summit Communique is “sobering and depressing”. To the outside world, it is more than what Merkel intends to express, it may suggest that G7 has today become a meaningless, powerless and hopeless entity of world economic, political and diplomatic affairs.

Severe debt crisis as well as many conflicts between collective and individual member state interests have rendered the EU, including the Euro, highly unstable over the last decade.

Nationalist spirits in France, Italy and other major players within the Union, along with the divided voices within the UK were the many factors that had driven the Brexit vote. However, in the aftermath of the referendum, many uncertainties and potential risks have deteriorated the prospects of the UK economy to fully recover from the world financial crisis. The UK economy has virtually lost one decade of positive growth, and its current position is still fragile.

Nonetheless, UK is probably one of the most open economies measured by foreign capital flow into or from the country to the rest of the world. The amount of capital stock in either direction is about two-thirds or more of the country’s GDP. The member states of the EU as well as the US are UK’s most important trading and investment partners.

the British government has actively engaged with China

After Brexit and the US’ recent unilateralism under Trump, the British government has to look for alternative partners to maintain the country’s openness and strikes to bring its economy to a steady development path. Due to China’s rapidly expanding economy, its willingness to engage with the outside world, and the significant complementarity with the UK economy, the British government has actively engaged with its Chinese counterpart in recent years, particularly after the referendum. 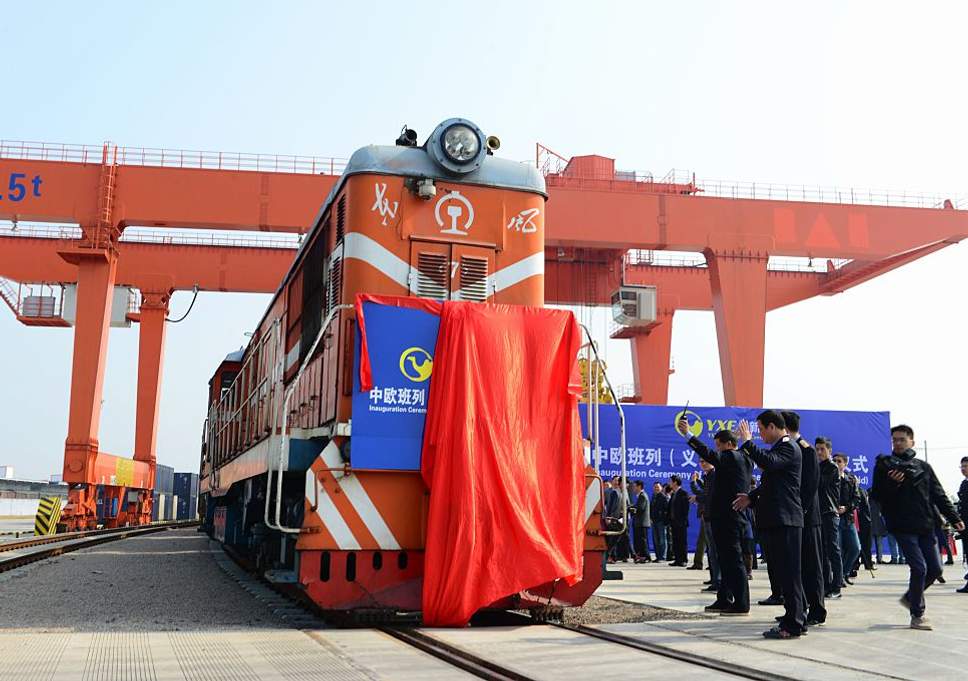 The first China-Europe train in 2014, which headed for Madrid (File Photo)

There have been many high level exchanges and visits between the UK and China, especially since President Xi Jinping’s visit to the UK in the end of 2015. Theresa May’s visit to China in early 2018 further signaled UK’s willingness to cement the “golden era” relationship with China.

UK has also maintained its position as one of the most important destinations and origins of foreign capital flows. Its door has become more and more open in the areas of infrastructure (e.g. ports, airports, wireless networks), transportation (e.g. highways, high-speed rails), urban development, energy (e.g. nuclear power, renewable energies, new energy cars and buses), agriculture and pharmaceuticals which have received vast amount of Chinese capital.

China’s door is equally open to UK investors in many areas, such as financial services, education services, tourism, high-end manufacturing, artificial intelligence, internet technologies, agriculture and new energy, among others.

Despite the world financial crisis, China and the UK continue to become more and more cooperative. Liu Xiaoming, China’s ambassador to the UK, suggests that “UK and China should learn how to cooperate with an ability to overcome differences and seek for similarities”. This should be a guiding principle for Sino-UK relation. Liu also appreciates the UK to have many “firsts” in supporting China’s global initiatives among the western economies, including the “first” to join the Asia Infrastructure Investment Bank (AIIB), the “first” to inject financial support to AIIB projects, the “first” to join the AIIB governing body, and the “first” to support China’s Belt and Road Initiative globalization strategy.

Although Sino-UK bilateral trade and investment still account for a relatively small proportion of UK’s total trade and inward/outward investment portfolios, the absolute amounts have grown rapidly in recent years, and the potential for further growth is huge.

The major barriers for future development include the lack of mutual understanding, ideological differences, and the willingness of the UK to open more for high-tech sectors with China. However, after the Brexit vote, the UK government has gradually changed its attitude and is more ready to engage with China. The Hinkley Point C Nuclear Power Station and the Royal Albert Dock Development Project are just two successful examples of the recent cooperation between the two nations.

It can be anticipated that China will continue to be one of the most favorite partners with the UK in the aftermath of Brexit. The existing trade/investment barriers will be gradually removed to enable the two parties to have closer links in areas with clear mutual benefits and complementarity. The areas mentioned above are definitely going to benefit more favorably in the years to come.