By Robert A Manning | Global Times

The escalating US-China trade war and tensions over China's more assertive global posture from the South China Sea to the Belt and Road initiative, and the US response to it, have given rise to speculation that a new Cold War is taking shape, this time, between the US and China. Some go a little further and see a classic "Thucydides trap," a rising and established power headed for conflict. 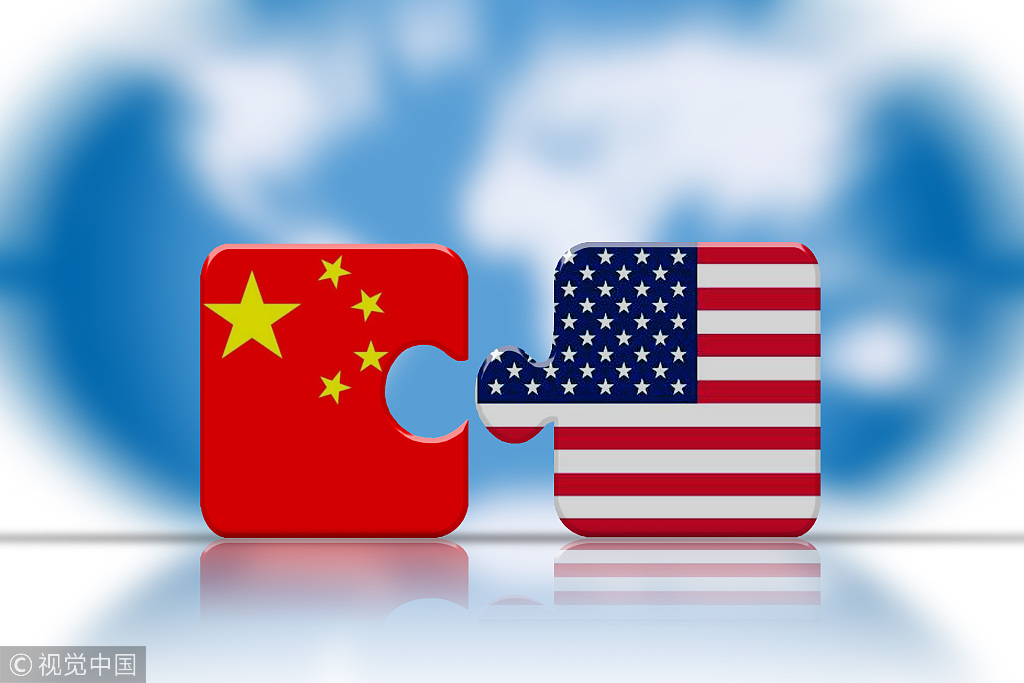 While both scenarios may be in the realm of the possible, things are, for better or worse, rather more complicated. The US-China economic relationship is complex and inter-dependent. Between them, the countries account for $7.1 trillion in annual global trade, more than 40 percent of the world total, with bilateral trade of some $660 billion in 2017. Both have substantial FDI in each other's markets: US FDI in China ($92.5 billion), and Chinese FDI in the US($58.1 billion).

That economic foundation has been a pillar of US policy toward China. But amid a burgeoning trade deficit, US businesses having a hard time navigating Beijing's industrial policies, US charges of cyber theft, and concern over China's military activities in the South and East China Sea, the longstanding bipartisan consensus over US' China policy has dissipated.

As tensions have mounted, this shift is reflected in public opinion in both nations with rising disdain for each other's views. Polls show a growing majority of Americans see China as either an adversary or a problem. Chinese public opinion is similarly divided in its views of the US.

And while the US National Security Strategy document says China is a "strategic competitor" that seeks to displace the US in the Indo-Pacific region, this appears a bit simplistic as well. Though there is certainly no small amount of Sino-US strategic competition, whether it is on the North Korean nuclear problem, Afghanistan or energy and climate change, there is also a fair amount of cooperation.

The downward spiral in US-China relations looks to continue until the lose-lose nature of the trade war becomes apparent to both sides, and the situation pivots toward a negotiated rebalancing of the economic relationship. One potential factor that could help or hurt US-China relations will be the outcome of efforts to denuclearize North Korea. If cooperation yields a process of dismantling and destroying North Korea's nuclear weapons and steps toward a peace treaty, it could reinforce US-China ties. But if the process breaks down and Trump wants to return to "maximum pressure," that could well increase US-China tensions.

Does this all add up to a new Cold War, this time, US-China? A scenario where trade tensions lead to reduced economic interdependence and a path toward economic separation, while strategic competition leads to confrontation and a geopolitical standoff is certainly one possible outcome.

In the worst case, would the "Thucydides trap" lead to conflict, perhaps over maritime issues in the South China Sea or Taiwan? I am skeptical because, although history is littered with conflicts between rising and established powers over the past 500 years none of those clashes occurred between two nuclear weapons states. History offers limited guidance. That ultimate weapon changes both parties' strategic calculus.

Can we find a new balance of interests? Perhaps a new normal of cooperation where possible, and managing differences - except unlike the recent past, less of the former and more of the latter? That may be possible, but is unlikely until there is more active US-China dialogue starting from accepting the reality of mutual vulnerability.

A new equilibrium based on mutual accommodation - a rebalanced economic relationship based on reciprocal trade and investment rules, and a framework for transparency and strategic stability - nuclear, missile defense, and the Global Commons - maritime, cyber, and space would underpin a US-China relationship 2.0.

However, currently we are far from any such understanding. US-China ties are likely to get worse before they get better. I suspect mutual economic pain will reach a tipping point that leads back to a negotiated resolution. On geopolitical issues, some crisis leading to clashes in South or East China Sea might spark a rethink of the strategic dimension of Sino-US ties. But that seems over the horizon.

But for the foreseeable future, the state of Sino-US relations appears somewhere between instability and a new Cold War - a volatile relationship lurching from one speed bump to the next awaiting a denouement.

The author is a senior fellow of the Brent Scowcroft Center for International Security at the Atlantic Council and its Foresight, Strategy and Risks Initiative.