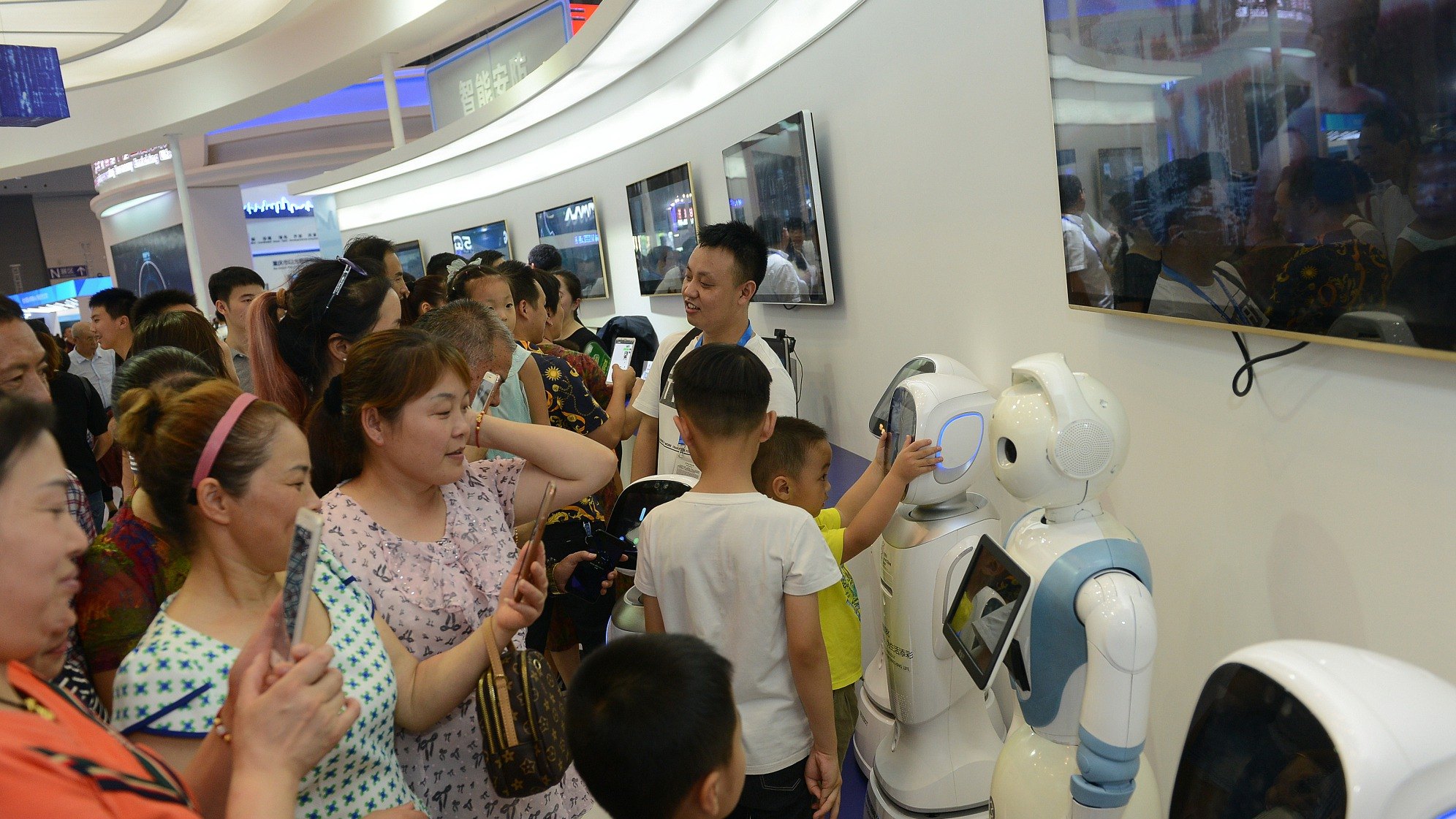 Editor's note: Liu Zhiqin is a senior research fellow with Chongyang Institute of Financial Studies under Renmin University of China. The article reflects the author's opinion, and not necessarily the views of CGTN.

The Smart China Expo held in Chongqing Municipality from August 23 to 25, 2018, has attracted great attention from many countries, and various top-ranked companies from abroad and domestic industries have shown their best technologies and latest innovations in the smart industries.

Chongqing plays a key role in leading the development in central and western China.

From a historical point of view, Chongqing has served as a turning point along the Yangtze River as well as a strategic bridge for transportation during the past 200 years. During the reform and opening-up, Chongqing has seen rapid progress and made great contributions to China's modernization in the past 40 years.

Chongqing has more than 200 factories undertaken with smart technologies which improved their production efficiency by 30 percent. There are hundreds of thousands of talented professionals to enhance the development of smart tech.

The digital economy has shown its vivid and dynamic trend in Chongqing. Nowadays when China is entering into a new era of socialism with Chinese characteristic, Chongqing has a new role as to leading the connectivity with European countries under the Belt and Road Initiative that becomes a decisive driving force to help global economy to recover stably and healthily.

Perhaps we have to understand and accept it as, he who dominates the full- smart- technologies, dominates the world. "That is why there are so many countries that are investing a lot of capital to develop smart technology.

Smart technology is not a single and unilateral technology. It is a complex, comprehensive and complementary combination with mixed industrial sectors covering computing, IT, academic and human intellectuals. In one word, smart technology is a "universal all-can" tool to conduct whatever the people want it to do.

Usually, people consider using smart machines to replace jobs such as rescuer in earthquake relief work or firefighting operations. These are what we consider as traditional industries.

These traditional industries include education, healthcare for aging and disabled people. In particular, this new technology can make our life smarter, convenient, comfortable and compromising.

Because we can take those robots to help us conduct dirty, dangerous and difficult jobs, thus people will have more time and pay more efforts to innovate new smart technology.

China's urbanization is still booming with a strong inquiry on smart and intelligent city-governance. That is to say that smart technology will have an unlimited and critical impact on China's process of urbanization.

China has and will pay a large amount of capital to encourage and support smart technologies in China as well as in countries along the Belt and Road.

China is striving to be one of the leading countries in the world in developing its "smart technology base."  We know that the goal must be coordinated and combined with other countries. Without common efforts from other countries, China alone can never become the real and the best center of new technologies.

China should consider to open up its market even wider and take new reforms into the economic sector thus the whole world will have enough confidence to cooperate and invest in China.

All innovations of smart technology do not belong to China alone, therefore, China welcomes other countries to share all progress and prosperity that they have made.

Only in this way can we really realize this goal as Chinese President Xi Jinping has reiterated to "build a community of a shared future for mankind."

Chongqing will surely honor its high reputation for its participation in organizing and managing this expo of smart technology!