South China's Hainan Province recently issued four measures intended to stimulate imports and boost foreign trade in the region, according to a report by Hainan Daily on Wednesday. 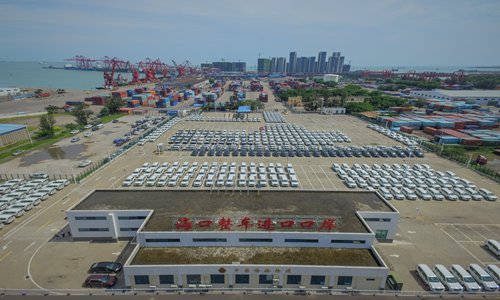 The measures, which include enhancing trade freedom and continuous optimization of the import structure and the international market layout, are part of Hainan's major efforts to build a free trade zone in the province, an expert said.

According to the report, imports of daily consumer goods including medicine, rehabilitation facilities, and elderly care equipment will be supported. It also mentions reducing import duties on automobiles and medicines.

Policies encouraging convenience stores and duty-free shops are also included in the document.

In terms of the optimization of the international market layout, Hainan is expected to deepen its cooperation with countries and regions along the routes of the Belt and Road Initiative (BRI), which will also be the key sources of imports, especially in minerals, chemicals and wood chips.

Shi Qi, head of the department of economics at Tianjin University of Finance and Economics, said the measures are ultimately aimed at taking full advantage of the province's location in relation to ASEAN countries and the BRI.

"Those measures will allow more trade freedom and attract multinationals to set up headquarters in the province. Ultimately, Hainan can be expected to unleash its full potential in the larger picture such as cooperation with ASEAN and the BRI countries," Shi said.

Cooperation with the ASEAN countries will also be strengthened in the field of high-quality marine fisheries to meet growing demand amid the economic upgrade, read the report.

The province also aims to boost services trade, and strengthen imports of agricultural products and resources, the report said.