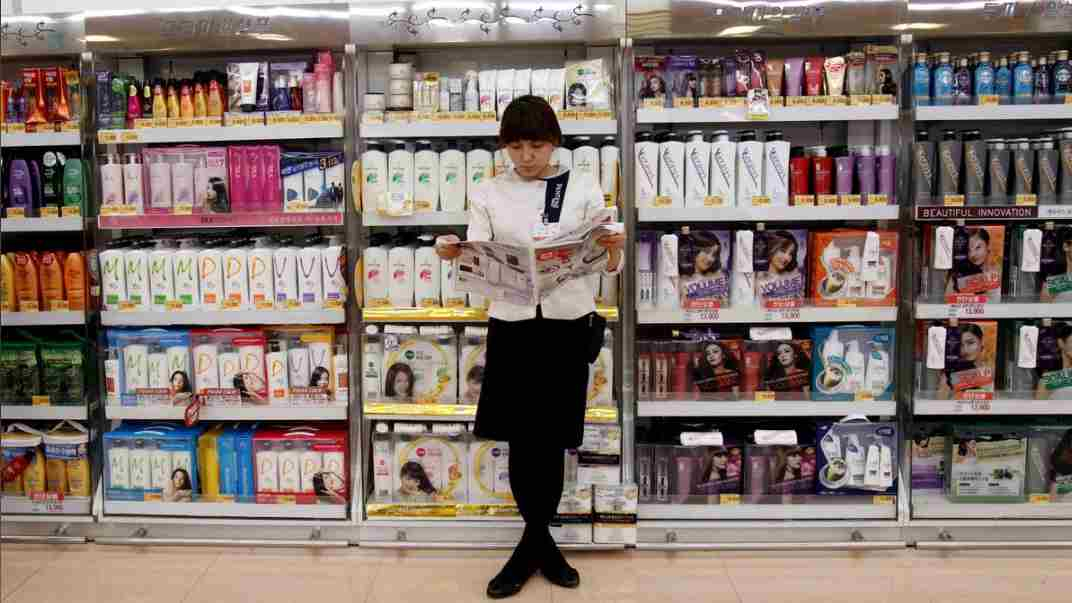 South Korea’s consumer inflation faltered to its lowest on record in August while second quarter economic growth was revised down on weaker exports, firming up the case for central bank rate cuts as early as next month.

While policymakers were swift to talk down the risks of deflation, heightened expectations of more central bank easing pushed bond prices higher.
The consumer price index was unchanged in August from a year earlier, Statistics Korea data showed, missing the 0.2 percent rise tipped in a Reuters survey and marking the weakest pace since the country began releasing inflation data in 1965.
Weighing on inflation were weaker consumer demand and declining farm prices as improved weather helped boosted production.
Separately, the Bank of Korea (BOK) revised down economic growth for the June quarter to 1.0 percent on-quarter from a 1.1 percent gain reported earlier, citing weaker exports than estimated earlier.
The weak data dominated discussion at a rare joint meeting between the BOK and finance ministry. 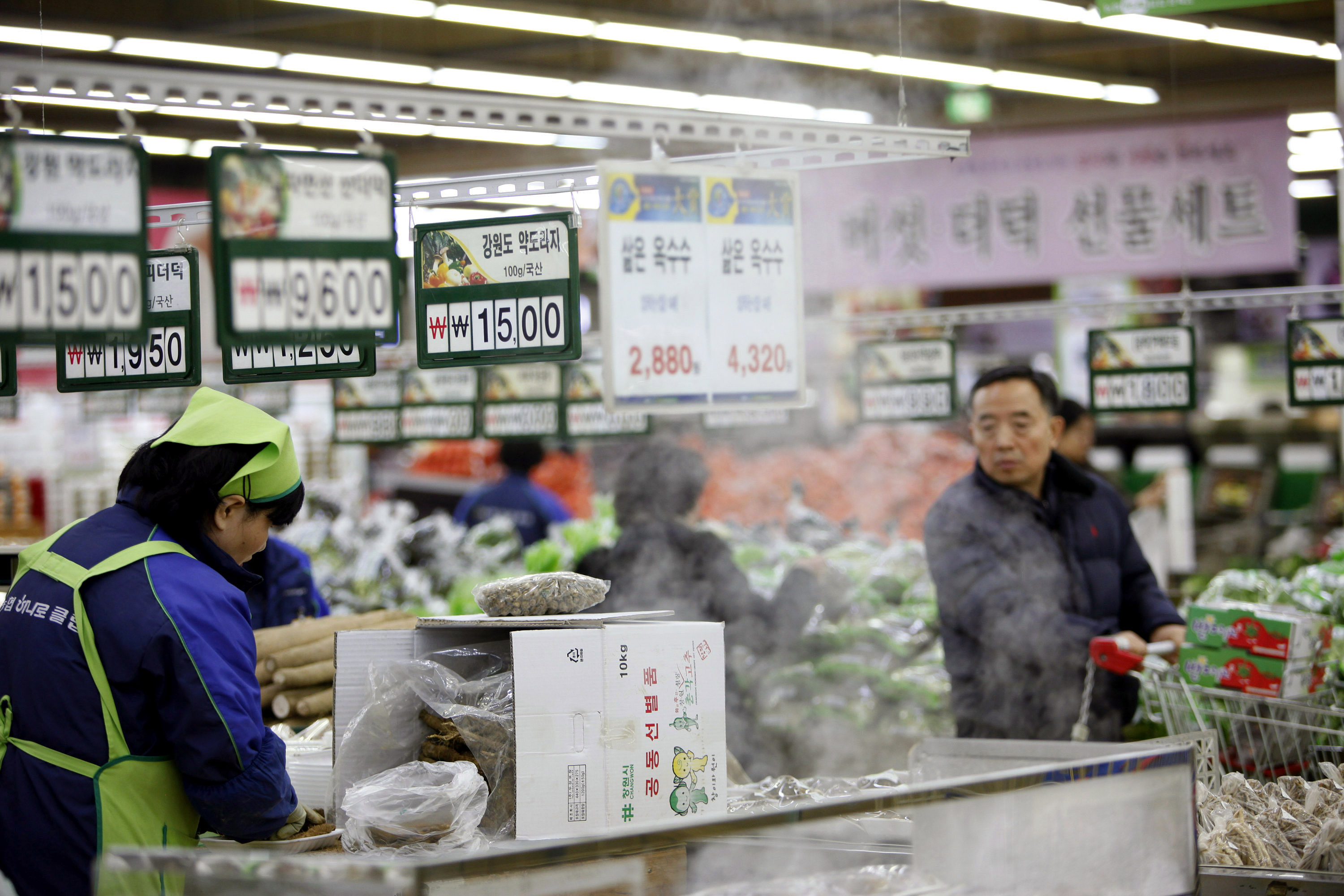 The interior view of a market. (Photo: VCG)

“The BOK shares the same opinion with the finance ministry that we are not in a situation to worry about deflation,” BOK Senior Deputy Governor Yoon Myun-shik said at the meeting, adding inflation would pick up soon.
Despite this assurance, treasury bond prices rose broadly with the benchmark 10-year yield shedding 1.5 basis points to 1.285 percent as of 0228 GMT, far below the central bank’s policy rate of 1.50 percent.
“I don’t think the inflation would sharply pick up in the short-run as the BOK predicts,” Kim Yu-mi, economist at Kiwoom Securities said, adding deflation remains a real prospect.
Farm products prices plunged 11.4 percent year-on-year as weather improved while core inflation excluding volatile food and energy prices was 0.8 percent.
South Korea’s inflation has been extremely weak by historical standards and a long way off the central bank’s 2 percent target as consumers and companies tighten their spending.
Economists expect South Korea’s economic growth to tumble to as low as 1.4 percent this year from 2.7 percent last year, marking one of the worst years in five decades.
Tuesday’s figures follow grim trade data for August, which showed the exports tumbled for a ninth consecutive month.
Last week, the BOK held benchmark rates steady at 1.50 percent but kept the door open for what would be the second rate cut this year after July’s surprise cut, the first in three years.
The government last week drafted the most aggressive budget plan since the global financial crisis to fend off growing domestic and external economic risks.