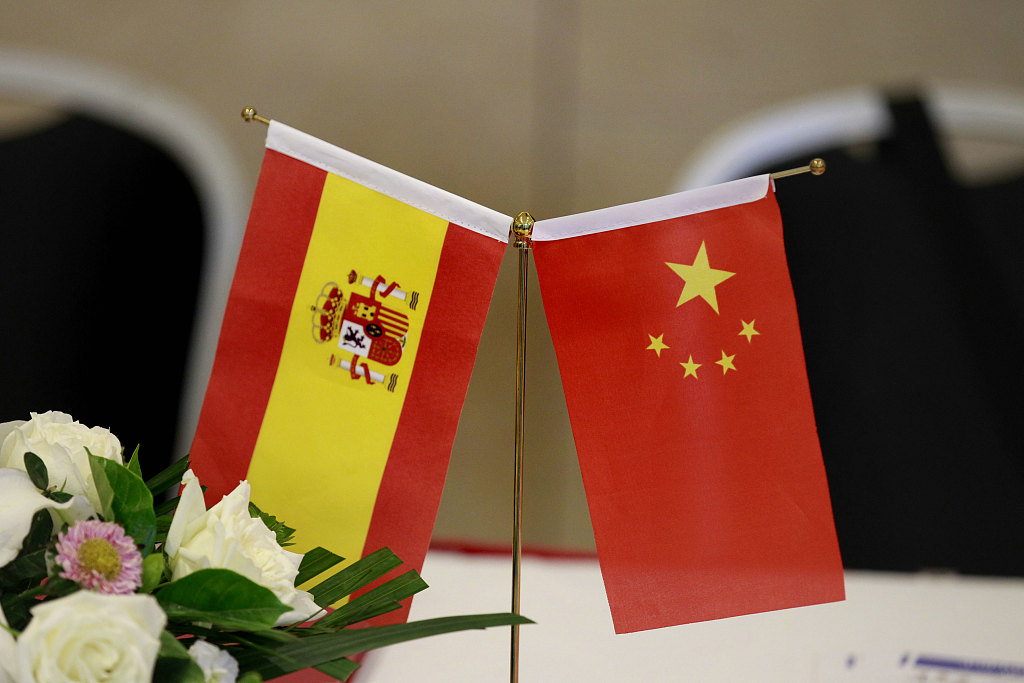 Spain is looking forward to his visit, Escudero said.

This year marks the 45th anniversary of the establishment of diplomatic relations between China and Spain. Comprehensive, in-depth and rapid development of bilateral relations has been achieved by the two countries in recent years, the Senate President noted.

Looking into the future, the two sides should work together to expand cooperation, fully tap into the potential of economic cooperation and people-to-people exchanges, and take Xi's visit as an opportunity to push forward pragmatic cooperation in various fields, he added.

Escudero, impressed by a friendly visit paid by a delegation from China's top advisory body to the Spanish Senate a few years ago, believes that exchanges and cooperation between deliberative bodies play an important role in promoting China-Spain friendship.

As a complement to the inter-governmental dialogues and collaboration, such cooperation contributes different perspectives to developing bilateral relations, said Escudero.

Strengthening relations with China is a consensus of all political parties in Spain, and the Senate is willing to make further efforts to transform the consensus into concrete action, and consolidate and expand the foundation of bilateral friendship for a constructive role in developing bilateral relations, Escudero added.

He told People's Daily that the Belt and Road construction benefits people of countries along the route and injects new impetus into world economic development.

A single country is not enough to tackle the challenges and problems that the world is currently facing. Instead, it calls for a global vision and coordinated efforts to optimize the allocation of projects and investments.

By doing so, the world economy will be promoted and all the people would benefit, Escudero said, adding that it is the value of the Belt and Road Initiative.

Trade barriers impede development, and freedom and openness are the principles that all countries should adhere to during development, stressed Escudero when commenting on the rising anti-globalization, trade protectionism and unilateralism.

Spain and China are implementors of economic globalization and firm supporters of free trade. Both sides can further promote the steady development of bilateral relations on that basis and achieve new leapfrog development, said Escudero.