BRI NEWS Spotlight: Why yuan's internationalization is growing in Africa

Spotlight: Why yuan's internationalization is growing in Africa 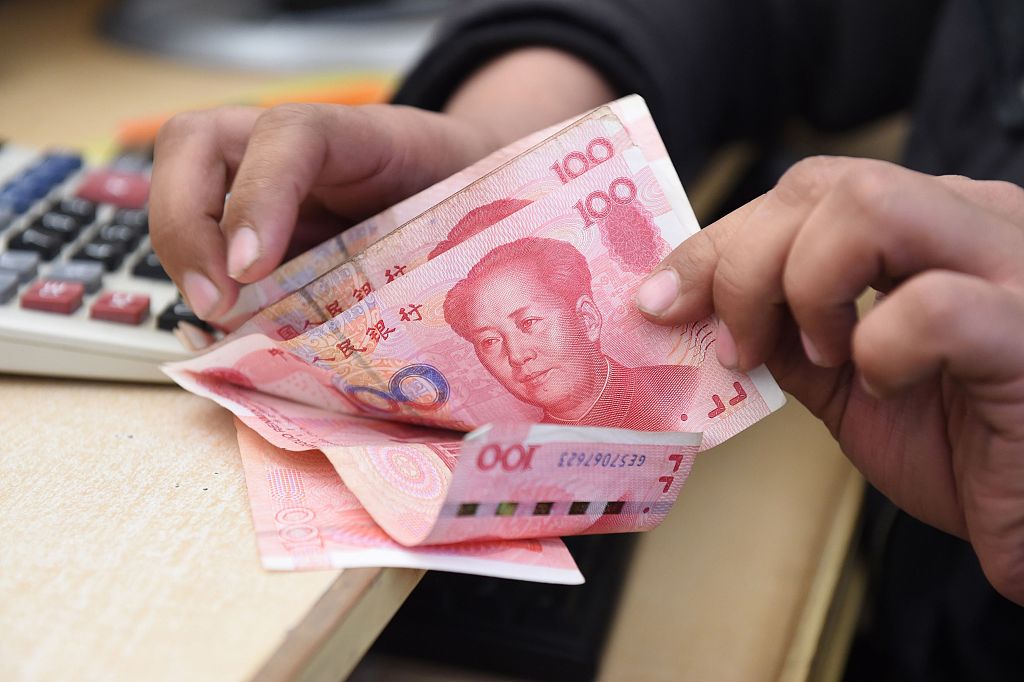 BEIJING, Aug. 28 (Xinhua) -- The office building of the Sino-Congolese Bank for Africa (BSCA) stands by the Congo River as a local landmark in Brazzaville, capital of the Republic of Congo, and a platform to extend the internationalization of the Chinese currency in the region.

Since it began operations in 2015, the BSCA, a co-funded bank established by China and the Republic of Congo, has not only created jobs and provided services for Congolese citizens but also expanded its business of settling trade in renminbi (RMB) and currency exchanges in a bid to promote the use of the yuan in central Africa.

President of the Republic of the Congo Denis Sassou Nguesso has hailed the BSCA as a "good decision" between the two countries, saying that the bank was not only created for Congo but also for Africa.

The BSCA, the first joint venture by the Agricultural Bank of China in Africa, addressed the lack of large local commercial banks in the African country.

In the past, the banking sector in the Republic of Congo was almost monopolized by Western banks. Bank penetration was low with only 10 percent of the population having bank accounts, Patrick Obamby, deputy general manager of the BSCA, said.

According to Zhang Cheng, head of the financial markets department of the BSCA, the bank is the first to issue UnionPay cards in Central Africa.

Clients with UnionPay cards issued by BSCA can use local currency, the Congolese franc, deposited in the Republic of Congo to withdraw RMB cash or consume on the banking facilities supporting UnionPay in China. UnionPay cards issued in China can also be used on the BSCA's facilities, making automatic swaps between francs and RMB a reality, Zhang said.

"Previously, clients used to remit RMB through Western Union. Now cross-border settlement through the UnionPay card channel can save them half the service charges," Zhang said.

In recent years, the economic and trade cooperation between China and Africa has witnessed good momentum.

China's financial institutions have established more than 10 branches in Africa. South Africa and seven other countries have included the RMB in their foreign exchange reserves. China has formed RMB clearing arrangements with Zambia and signed currency swap agreements with four African countries including Morocco.

China has been Africa's largest trading partner for 10 consecutive years. In 2018, trade volume between China and Africa amounted to 204.2 billion U.S. dollars, up 20 percent year-on-year.

"With the rapid growth of trade between China and Africa, the proportion of RMB settlement in Africa also increased from 5 percent in 2015 to about 12 percent in 2018," Zhang Jianyu, general manager of the BSCA, said.

The internationalization of the RMB has made considerable progress in Africa, but there is still much room for development compared with the total trade volume between China and Africa, he added.

With its advantages in facilitating trade and investment between China and Africa and preventing exchange rate risks while stabilizing the financial system, the RMB has attracted increasing attention from African countries.

Industry insiders said combining investment in Africa with RMB internationalization and accelerating China-Africa financial cooperation will make African countries and institutions more willing to use the RMB. Over time, the yuan will become a reserve and settlement currency in more African countries.

Zhang Jianyu said China and Africa are expected to build closer economic and trade cooperation through the building of the AfCFTA and the Belt and Road Initiative, which will help integrate China's development experience, technology and capital with Africa's rich natural and human resources, thus expanding the use of the RMB in Africa.

"The fact that China can now engage with African countries as a bloc instead of bilateral negotiations can act as a positive side effect of AfCFTA for both sides," said Gerrishon Ikiara, a senior economics lecturer at the University of Nairobi.

The arrangement can "make trade rules simpler, and the exchange of goods and services between the two sides simpler, thereby enabling the RMB to be more widely used," Ikiara added.