Spouses of diplomats gather in Beijing

Twenty-two spouses of diplomats enjoyed Chinese tea, learned how to match their skin and hair with the right dress color, met an artist who paints eagles, and learned about the Maldives’ traditional language at the Peace Garden Museum in Beijing on Thursday.

They attended an event for the Spouses of Heads of Missions group (SHOM) called “Confluence of Culture,” jointly held by the Embassy of the Republic of Maldives, the China World Peace Foundation and the Beijing International Peace Culture Foundation.

The theme of the event was “Silk Roads Tea Culture, Blossom in Four Seasons.” 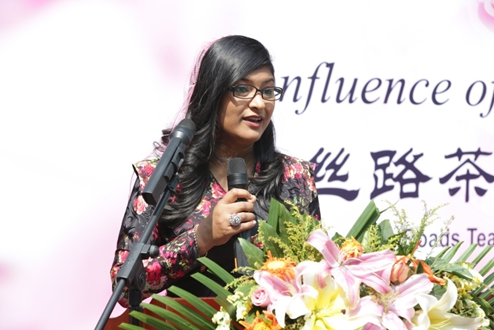 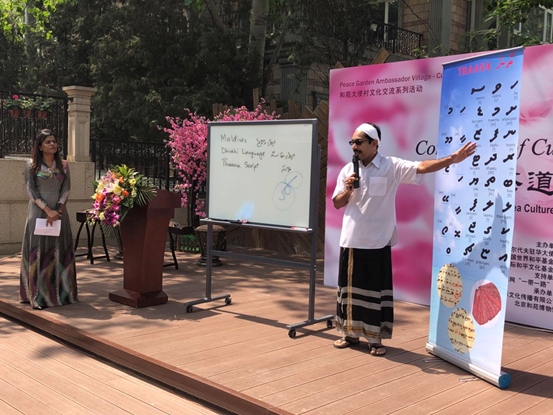 Maldives' traditional language Dhivehi is introduced at the event.

Jeehan Saleem, spouse of the Maldives ambassador to China, said at the opening of the event that Maldives is among the first batch of South Asian countries to join the “Belt and Road initiative” and is also one of the countries along the ancient Silk Road.

Saleem introduced the country’s traditional language Dhivehi at the event. She called for SHOM to enjoy the confluence of cultures, strengthen cultural exchanges and promote harmonious development.

He Qing, director-general of the Peace Garden Museum, said that art is the common language of mankind. “By promoting humanitarian and cultural exchanges, we will promote friendship and unity among the peoples of the world,” she said. 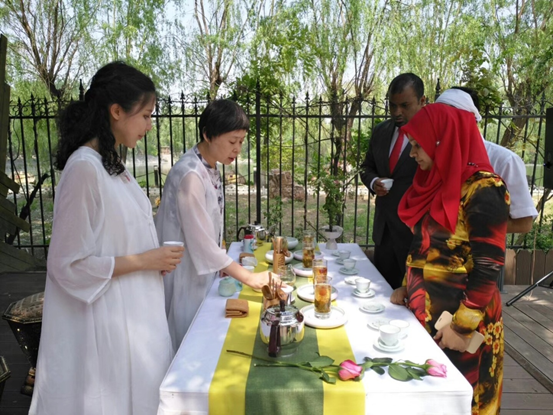 Chinese tea art is showcased at the event.

Li Ruohong, president of the two foundations, noted that the event is of positive significance in embodying cultural exchanges and social responsibility. He said that the Hong Commonweal Foundation, a foundation under the Beijing International Peace Culture Foundation, plans to donate 50 libraries to impoverished regions around the world.

A professor at Beijing Normal University, Grace Zhang, gave a presentation to help participants to find dress colors that suit their skin and hair colors.

Huang Miaode, a Chinese painter who specializes in paintings of eagles, gave a brief introduction of the history of eagles in China and showed his work. 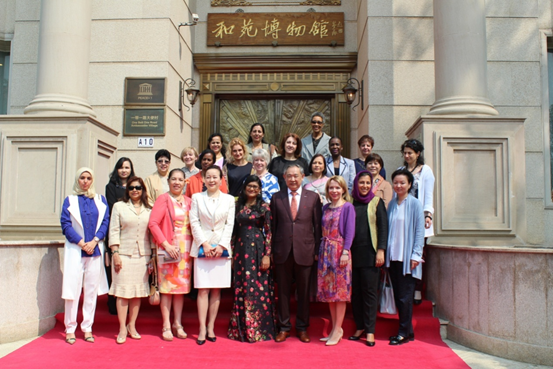 Photo taken on Thursday shows 22 spouses of diplomats in Beijing, the director-general of the Peace Garden Museum He Qing (front, 4th from left), and president of the China World Peace Foundation and Beijing International Peace Culture Foundation Li Ruohong (front, 4th from right) in front of the Peace Garden Museum in Beijing.