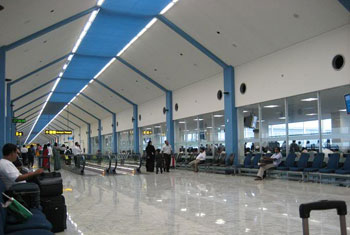 Police Media Spokesperson Ruwan Gnesekara said this was the first time in Sri Lanka that robots had been used to assist in the detection of illegal narcotics.

The robots will be operated by the Police Narcotics Bureau, with one deployed at the arrivals terminal and the other at the departures terminal for a 24-hour period.

The robots can detect residue of hidden explosives and narcotics within a range of five metres.

Following the April 21 terror attacks in Sri Lanka which targeted luxury hotels and churches, China donated Rs. 750 million (4.14 million U.S. dollars) worth of security equipment including these robots to the island country.

Sri Lankan President Maithripala Sirisena has promoted a policy objective of cracking down on the illegal trade of narcotics in the country.