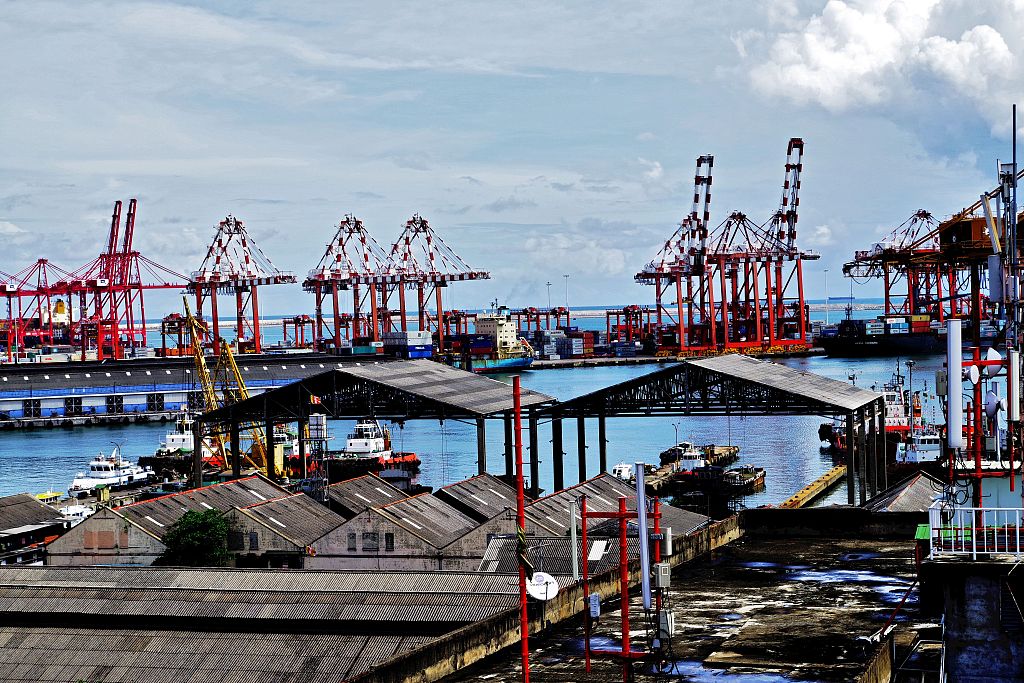 With the conclusion of land reclamation in January 2019 and infrastructure development currently in full-swing, the cooperation between China and Sri Lanka in jointly building the Colombo Port City has entered a new stage.

The two sides have been actively working together to attract global investments to the new city near the Colombo Harbor.

Using the latest sustainable city designs and smart city concepts, the Colombo Port City is poised to become the hub of South Asia for accommodation, work, education and entertainment.

It is believed that the Port City development will directly contribute to the country's economic and social progress while realizing its vision of filling the vacuum of an international financial center between Dubai and Singapore.

With the aim of attracting foreign investors to the Colombo Port City, the Sri Lankan government established a special cabinet committee in 2017 to draft a special legislation with preferential policies and attractive tax incentives to lure international investors.

Furthermore, the government is in the process of setting up a single-window facilitator and a commercial arbitration center in the Port City.

According to analysts, the special legislation will boost the confidence of global investors in the Colombo Port City, as it will also help Sri Lanka establish a more mature and international business environment.

After the end of the island's three-decade civil war in 2009, Sri Lanka has experienced rapid economic growth and infrastructure development which have enabled itself to become one of the most preferred tourist destination in South Asia. Furthermore, according to the latest statistics and data released by the World Bank, Sri Lanka's per capita GDP has surpassed 4,000 USD and it was listed as an upper middle income country.

With the anticipated new legislations and preferential taxation policies, the Colombo Port City will further spearhead the transformation of Sri Lanka as the regions financial and business hub while further contributing to the positive growth of the country's economy.

To lure investors and gain international exposure, the CHEC Port City team has developed an integrated marketing and promotional plan while actively taking part in international road shows and investor forums across the globe.

"The investors usually adopt a very prudent attitude towards real estate investments, which are known for the higher investment volume and longer payback period. So, we need to tell them the untapped potential residing here," Tham Kok Kuan, Assistant General Manager of the CHEC Port City Colombo, told Xinhua.

"What we are introducing to the world is not only the Colombo Port City, but Sri Lanka as a whole," he said.