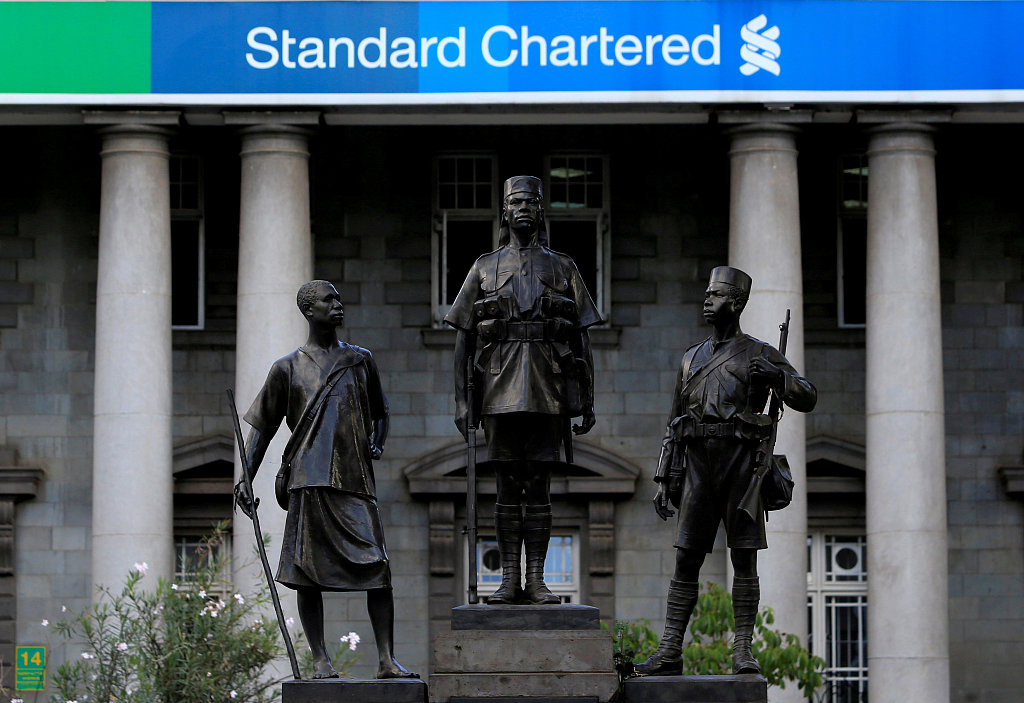 NAIROBI, April 1 (Xinhua) -- Standard Chartered Bank Kenya on Monday launched the Kenya leg of the lender's Belt and Road relay, a global running event that will cover 44 markets around the world.

"To showcase our commitment and highlight the positive impact of the Belt and Road Initiative to communities and businesses globally, we have created the Standard Chartered Belt and Road Relay -- the first-ever attempted relay along the Belt and Road, run by our employees across 44 markets over the course of 90 days," Ngari said.

He said that the relay is led by eight staff athletes selected from the bank's diverse footprints in Asia, Africa, the Middle East, Europe and the Americas. Ngari noted that the team has so far covered 25 countries with 19 more to go.

The Standard Chartered Belt and Road Relay kicked off in Hong Kong on Feb. 17 and will end in China on May 11.

Proposed by China in 2013, the Belt and Road Initiative (BRI) refers to the Silk Road Economic Belt and the 21st Century Maritime Silk Road, aiming to build a trade and infrastructure network connecting Asia with Europe and Africa along the ancient trade routes of Silk Road.

He said with the bank's rich heritage and deep local knowledge, the bank is ideally placed to help its partners, clients, and local communities to make the most of the initiative.

Ngari noted that key opportunities in Africa presented by the Belt and Road Initiative include transactions related to major projects in the power, infrastructure, logistics, services, real estate development and related financing.

He said that East Africa and Kenya in particular, plays an integral role in the initiative due to the huge opportunity in manufacturing, and the region's existing plans to connect rail, road and energy networks.

"In Kenya, through our project finance products, the bank has supported companies such as PowerChina - who is one of the leading companies of the BRI - in bidding for large projects in roads, airports, port, infrastructure construction, production and transmission of clean energy," he added.

Wang Xuezheng, Counselor at the Chinese Embassy in Kenya said that the BRI aims to enhance policy, infrastructure, trade, financial and people-to-people connectivity among the participating countries on the basis of extensive consultation, joint efforts and shared benefits.

Wang said that almost six years since it was proposed, the BRI has become a leading platform for international cooperation and the most welcomed global public product.

"To date 124 countries including Kenya and 29 international organizations have signed the Belt and Road Initiative agreements with China," he added.