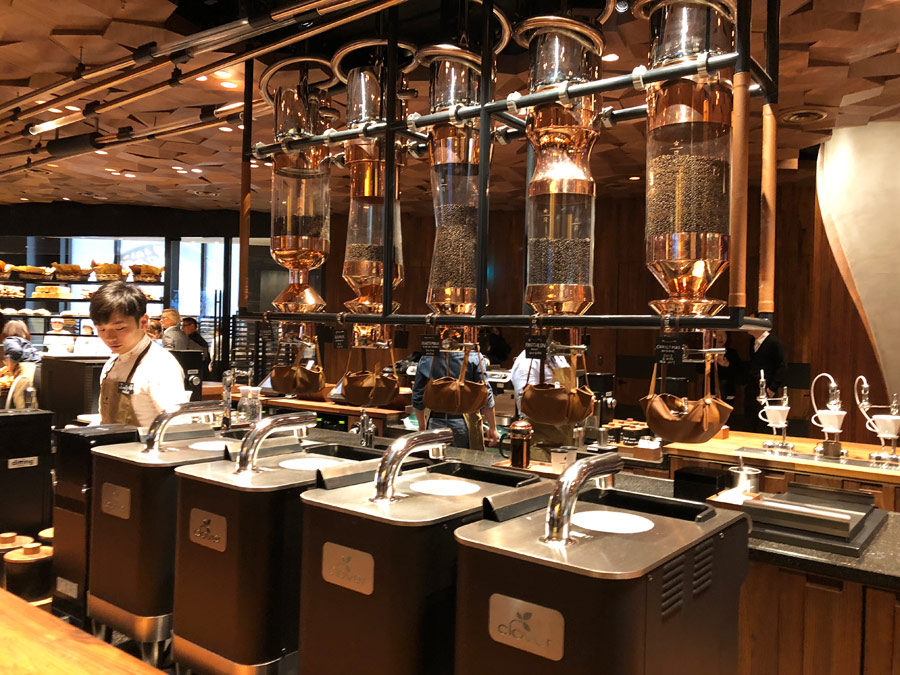 Starbucks Reserve Roastery in Shanghai will open its door to customers on Dec 6, 2017. (Photo: China Daily)

Starbucks Reserve Roastery in Shanghai will open its door to customers on Dec 6, three years after the launch of the Seattle Roastery. The roastery will also open in Milan, New York and Tokyo.

Kevin Johnson, CEO of Starbucks Coffee Company, said the roastery will serve as an innovation hub for the company's stores and is expected to work with more local technology companies to enhance its digital experiences in China regarding its mobile payment, mobile ordering and supply chain management.

Howard Schultz, executive chairman of Starbucks Coffee Company, said in nine years China's market size will become as big as United States'. Currently, one store is opening at every 15 hours in China and Starbucks is reaching 20 new cities each year.

China is the company's fastest growing market with more than 3,000 stores across 136 cities. Starbucks already has over 600 stores in Shanghai - the largest number of stores in any city where Starbucks has a presence.

Schultz said in addition to extending its food offerings in stores in China, they have plans to have stand-alone Rocco Princi bakery stores in China alongside its in-store display of the Milan-based bread baking unit in the Roastery in China.