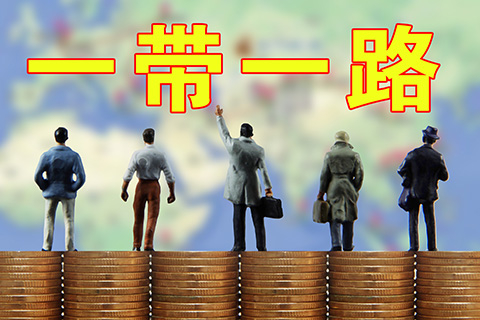 Countries joining the Belt and Road Initiative (BRI) are likely to see their growth lifted over the next five years, according to a survey released here on Wednesday.

About 92 percent of the respondents expected the BRI to bolster domestic growth in the next five years.

The survey of 26 central banks of countries participating in the BRI, over half of them in Europe, was conducted by the International Finance Forum, a think tank, and Central Banking Publications.

Countries along the BRI attached great importance to it, with 44 percent of the respondents describing it as a "once-in-a-generation" initiative.

Most respondents expected Chinese development banks and China-led and other multilateral institutions to be the major funding sources for BRI projects.

Most of the BRI funding so far has gone to big infrastructure projects, such as railways, highways, agricultural work, water conservancy and power stations.

Respondents listed policy and political risks as the two major risks for BRI projects, saying legal challenges, regulatory burdens and financing difficulty were the biggest roadblocks to their development.

Due to their weak fiscal positions, some of the countries participating in the BRI have strong demand for capital to develop their economy, Zheng Zhijie, president of China Development Bank (CDB), said at the survey release event at Brookings Institution.

CDB had provided over 180 billion U.S. dollars of loans for over 600 BRI projects by the end of 2017, according to Zheng.

The Belt and Road Initiative, proposed by China in 2013, aims to achieve policy, infrastructure, trade, financial and people-to-people connectivity along and beyond the ancient Silk Road trade routes, building a new platform for international cooperation to create new drivers of growth.