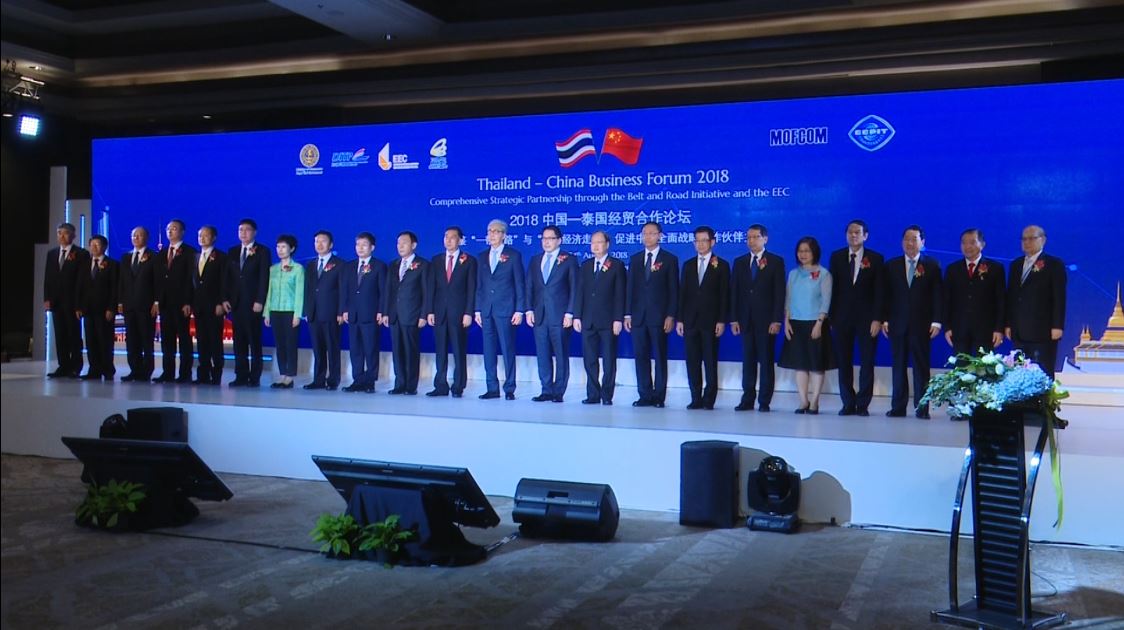 Bangkok (People's Daily) -“Thailand-China Business Forum 2018” held in Bangkok, Thailand, on August 24, 2018 was attended by about 1000 delegates from both China and Thailand.

It was the first time that Chinese delegates, led by Chinese State Councilor Wang Yong, had also invited a group of major Chinese entrepreneurs and high-level executives to join the mission to explore investment opportunities in Thailand.

Mr. Somkid Jatusripitak, Thailand’s Deputy Prime Minister said that China’s Belt and Road initiative (BRI) has become a driving force for economic development as it connects China with many countries across Asia, as well as connecting Asia at large with Europe and other parts of the world. Hence, the Thai government has drawn an economic strategy which supports and connects with China’s BRI.

“I am confident that China and Thailand can work together to create a strong trade and investment network. Although Thailand is a relatively small country, we are strongly committed to supporting the fast development of Asia,” Mr. Somkid said.

Mr. Kobsak Pootrakul, Minister Attached to the Prime Minister’s Office, said that China’s Belt and Road initiative as well as Thailand’s policy of Eastern Economic Corridor of Innovation will bring prosperity to both countries.