The 6th meeting of China-Kazakhstan Entrepreneurs Committee held in Beijing 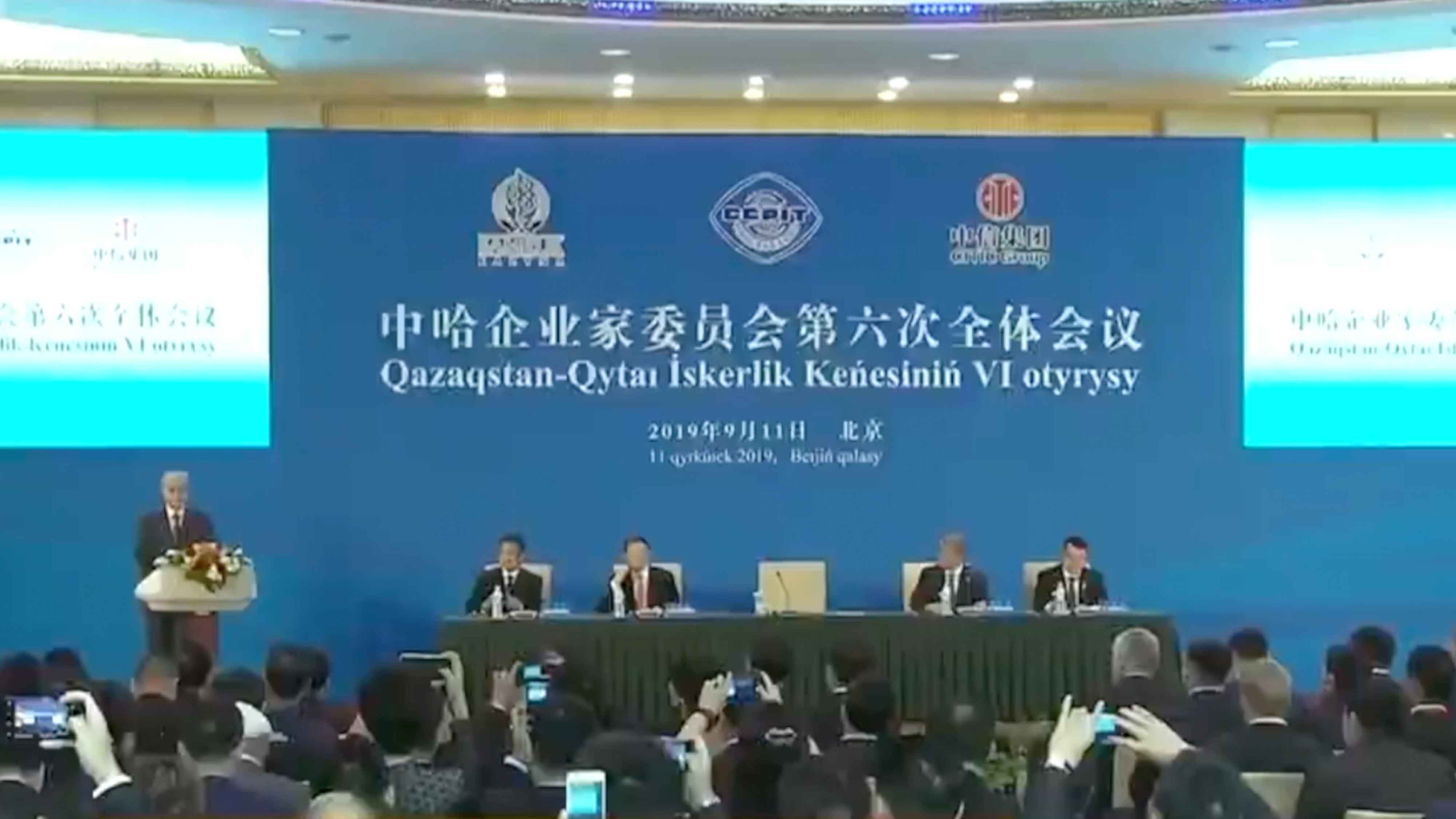 The sixth meeting of the China-Kazakhstan Entrepreneurs Committee was held in Beijing on Wednesday. The two countries signed a series of agreements in the fields of energy, transportation, agriculture, finance and others at the event.

In the meeting, Kazakh President Kassym-Jomart Tokayev stressed that China and Kazakhstan are good neighbors and Kazakhstan attaches great importance to its relations with China, the world's second largest economy.

Kazakhstan is looking to expand cooperation with China in areas such as agriculture, tourism, energy and finance. President Tokayev says he hopes to boost cooperation with more Chinese companies such as those working in big data, the internet, AI and supercomputers.

Zhang Shengfeng, Vice President of the China Council for the Promotion of International Trade (CCPIT), said that in recent years, China-Kazakhstan comprehensive strategic partnership has maintained a high level of operation. Great progresses have been seen on inter-connectivity, bilateral trade, tourism, finance and production capacity cooperation.

Chang Zhenming, chairman of the CITIC Group Corporation, conveyed his optimism about the outlook of China-Kazakh economic ties.

"In last year, nearly 14 million of goods have been transported between the two countries, with an increase of 38 percent year on year. The trade volume in agricultural products between the two sides increased to 590 million yuan, up 18.1 percent year on year. Among them, Kazakhstan's agricultural exports to China grew by 37.6 percent," Chang said. "Production capacity cooperation has also been steadily advanced. Currently 55 projects are on the China-Kazakhstan production capacity cooperation list, with contracts amounting to more than 27.4 billion U.S. dollars."

Co-sponsored by the China Council for the Promotion of International Trade and the Management Board of Kazakhstan’s Samruk-Kazyna Joint Stock Company, about 300 representatives of entrepreneurs from both sides have attended the committee meeting. During the meeting, the major topics for discussion include the new business opportunities in bilateral trade, energy, logistics and finance.