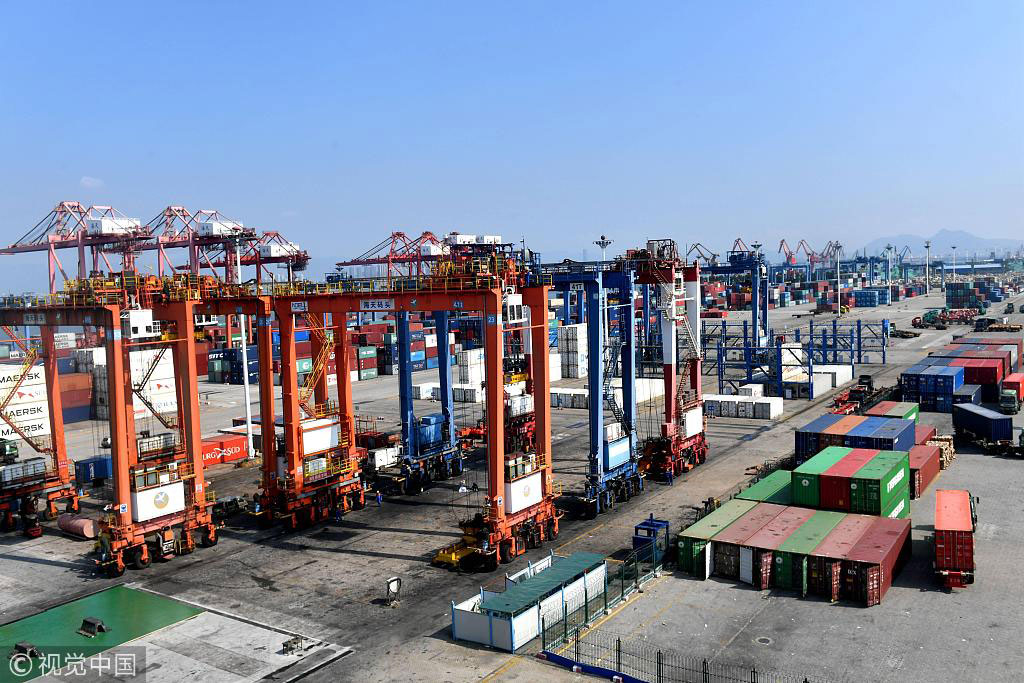 As part of the Belt and Road Initiative, the port city fo Xiamen in Fujian is seeing an increase in trade along the 21st Century Maritime Silk Road.

Since being first proposed by Chinese President Xi Jinping five years ago, the Belt and Road Intiative has been the cornerstone of the Chinese government's trade links with many parts of the world. While much of the attention focuses on China's overland ties through countries in Central Asia and into Europe, another key element to the Belt and Road is the 21st Century Maritime Silk Road. This is a collection of shipping port stops connecting China with South Asia, Africa and southern Europe.

Over the past five years, the Shipbuilding has been able to produce and deliver 50 vessels, with 3-in-5 of them being sent to the Belt and Road countries.Chang Yonghui says the 'Belt and Road' has also allowed their company to tap and expand markets in the Middle East and Southeast Asia.

"We mainly depended on European markets until 2012. 60 to 70 percent of our vessels were exported to Europe. Over the past five to six years, we have entered into the market in countries along the routes, including Singapore, Malayasia and certian Middle East countries."

In the first half of this year, Fujian's overall trade with Belt and Road countries hit nearly 200 billion yuan in value, up 16 percent year-on-year.The Port of Xiamen, which handled more than 10 million containers last year, is now the world's 14th largest container port. Xu Nunbo, executive with the Xiamen Container Terminal Group, says the "Belt and Road" Initative has created a need for an expansion of their facilities.

The Port of Xiamen also serves five direct shipping routes into Europe, carrying a cumulative freight value of 5 billion yuan. Meanwhile, the port plans to open an additional 15 new routes to serve countries along the Maritime Silk Road through the rest of this year.