The Central Pillars of China’s Diplomacy 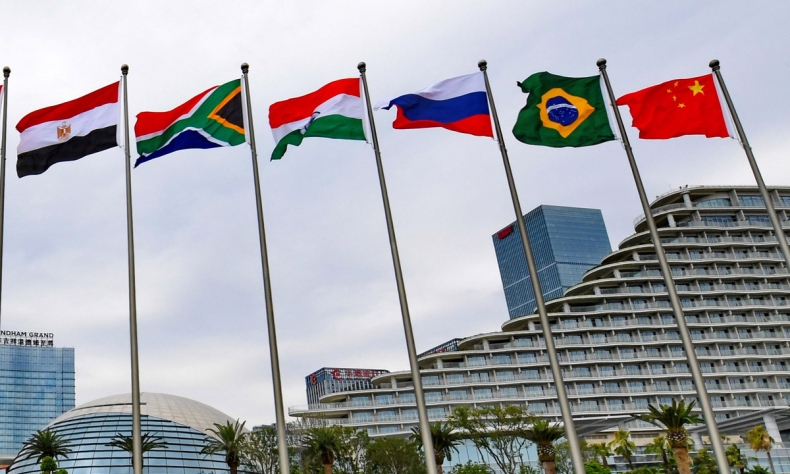 This year, China’s diplomacy was highlighted at three major diplomatic events in April and May – The second Belt and Road Forum for International Cooperation, Conference of Dialogues on Asian Civilizations, and the International Horticultural Exhibition 2019 Beijing. Then followed Chinese President Xi Jinping’s busy diplomatic month of June, which saw his four overseas trips: From June 5 to 7, Xi first paid a state visit to Russia and attended the 23rd St. Petersburg International Economic Forum (SPIEF) held in St. Petersburg; June 12-16 saw him in Kyrgyzstan and Tajikistan attending the 19th summit of the Shanghai Cooperation Organization (SCO) in Bishkek and the fifth summit of the Conference on Interaction and Confidence Building Measures in Asia (CICA) in Dushanbe; from June 20 to 21 he headed to the DPRK for a state visit; and a week later, he flew to Osaka, Japan, for the 14th G20 Summit.

In recent years, with its increasing national strength, China has proactively taken on international responsibilities as a major nation, contributing to issues of global concern. However, responding to China’s rise in the international arena, some people in the West have expressed doubt about China’s development and strategic intentions. This is illustrated by the China threat theory, claims about the collapse of China, belief about the inevitable confrontation between China and the U.S., the sharp power theory, and giving China the new colonialism tag for its assistance to African countries and projects there.

All these criticisms fully embody the traditional thinking model of binary opposition prevailing in the West and the concept that a major power is bound to seek hegemony. In fact, what China seeks is common development of the whole world. So what are the guiding principle, core values and missions of China’s diplomacy? To get clear answers on these questions requires an understanding of Xi Jinping’s thoughts on diplomacy.

Xi stressed that to have an accurate assessment of global affairs Chinese people should first be clear about the imperatives of the world and their own country. At present, what China primarily seeks is to realize rejuvenation of the Chinese nation; and internationally, to achieve peace, development and common progress is what the world needs foremost. Therefore, Xi’s thought emphasizes that China should carry out its diplomacy with the mission to realize national rejuvenation, and advance the building of a community with a shared future for humankind with the aim to maintain world peace and promote common development; and the two should be integrated.

Liu Shiqiang, deputy dean of the School of Marxism at the Southwestern University of Finance and Economics, indicated in his speech made at a seminar about Xi Jinping’s thought on diplomacy jointly hosted by the International Department of the CPC Central Committee (IDCPC) and Guangming Daily on July 11, 2019, that to serve the cause of national rejuvenation and promote progress of human society are exactly the missions of China’s diplomacy, according to Xi’s thought on diplomacy.

A country’s diplomacy should serve its domestic development. Now, China’s primary task is to realize national rejuvenation. In a globalized world, a peaceful international environment, a just and equitable international order, and an inclusive world economy constitute the necessary prerequisite for the fulfillment of the task. Therefore, China’s diplomacy should help create a favorable international environment for the country’s domestic development and modernization drive.

Another mission of China’s diplomacy is to promote human progress. The report delivered by Xi at the 19th CPC National Congress said, “The Communist Party of China strives for both the wellbeing of the Chinese people and human progress. To make new and greater contributions for mankind is our Party’s abiding mission.” In a world featuring deficits in governance, trust, peace, and development, China, as the world’s second largest economy, also the most populous socialist country, is obliged to provide solutions for global issues.

Xi has mentioned on multiple occasions, the world is undergoing profound changes unseen in a century. On one hand, peace, development and win-win cooperation remain the irreversible trends of the times, with the rapid development of new technologies, represented by big data, cloud computing and artificial intelligence, which are reshaping the society and economy worldwide. On the other hand, global issues like the current anti-globalization trend impelled by trade protectionism and populism is bringing greater global uncertainty, thus posing a great challenge for China to realize national rejuvenation. Xi’s thought on diplomacy also serves as a response to issues of global concern and China’s corresponding solutions.

China’s Relations with the World

Since 1949, China’s relations with the world have changed dramatically. In 1955, when the Asian-African Conference was convened, China had only established diplomatic relations with 22 countries. In 1950, China’s foreign trade volume only stood at US $1.13 billion. Now, China has established diplomatic relations with 178 countries. In 2018, China’s total trade volume soared to US $4.62 trillion as China became the largest trade partner of more than 120 countries and regions. China has benefited from economic globalization and the existing international system, while simultaneously promoting global development.

To counter the criticism about China’s rise, Xi proposed new theories about the country’s relations with the world, represented by building a community with a shared future for humankind. They expound the way that a rising China should relate to the world: it’s to build a community with a shared future for mankind together with all other countries, instead of seeking hegemony, waging wars, bullying the weak, or taking a beggar-thy-neighbor attitude.

At the seminar about Xi’s thought on diplomacy held in June, minister of the International department of the CPC Central Committee, Song Tao, noted that Xi’s thought shows the way for China to promote a new form of international relations and advance the building of a community with a shared future for humankind. China intends to connect its fundamental interests with those of other countries, and associate the Chinese dream with the dream that people around the world seek to achieve. China has endeavored to promote its development through the common development of the whole world, and forge international relations featuring mutual respect, fairness and justice, and win-win cooperation, instead of seeking hegemony.

“The concept of building a community with a shared future for humankind proposed by Xi not only addresses the issue of how a rising China relates to the world, but provides a Chinese plan on what kind of international relations and order the world should foster,” former vice president of the Party School of the CPC Central Committee Li Junru said at the seminar.

Xi has stressed, to build an open, inclusive, clean, and beautiful world that enjoys lasting peace, common security, and shared prosperity, the international community should promote partnership, security, growth, inter-civilization exchanges, and the building of a sound ecosystem. To this end, China’s objective in its diplomatic work is to advance the building of a community with a shared future for humankind by being a practitioner of peaceful development, promoter of common development, vindicator of a multilateral trading system, and participant of global economic governance.

Being committed to a path of peace and development, Xi’s thought also underlines that China’s diplomacy should safeguard the country’s core interests, including its sovereignty, security, and development interests. According to Liu Shiqiang, China promotes building a global partnership network, trying to blaze a new path for diplomacy where confrontation and alliances must be eschewed in favor of dialogue and partnership. The Belt and Road Initiative, featuring the principle of extensive consultation, joint contribution, and shared benefits, is one of the focus areas of China’s diplomacy, and also serves as a solid platform for the practice of building a community with a shared future for humankind.