The foundation of China's success 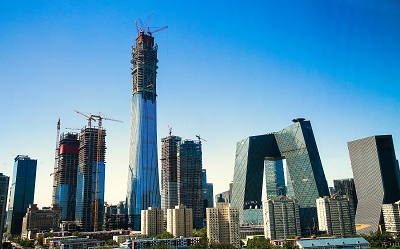 In many western media, China’s 19th Communist Party of China (CPC) National Congress has raised the questions once again: What is the best way to govern a country? Who has the right to decide? How do you measure?

Such questions will receive various answers depending on where and who you ask. And each point of view can be underscored and backed up with theories and arguments. But there is a simple measure that, in our view, will give an answer based on the contentment of those who are governed, the people – independent of the political system they live in.

The principle is to achieve congruence in three major areas:

1.The congruence between how a government sees itself and how it is seen by its people

3.The congruence in how a country sees itself and how it is seen by the global community.

As a couple, we have American and European roots. We have lived in the US, Europe and China. The focus of our research involves the world, as we have travelled extensively throughout. During our journey we talked to presidents and premiers, national and local leaders, and most important, to people of all social levels. There are obvious differences between political ideologies and theories, but there is little difference in what most people, wherever they are, care for.  They want to have a life where they and their children can realize their goals, hopes and dreams.

China’s 19th CPC National Congress has driven global attention to the country. The nation’s rise and economic progress is well known, but what is the picture from its peoples’ perspective:

1.Achieving congruence between how a government sees itself and how it is seen by its people

How do those living in China measure their government?  Probably not so different than Americans or Europeans. What have we been promised? What has been delivered?

In the past decades China has lifted nearly 800 million people out of poverty, and since 2008, it has become the largest contributor to world growth. The country is now home to the biggest higher-education system in the world, sending more students abroad than any other nation.

In the past five years president Xi’s focus was “cleaning up,” fighting corruption and pollution, and in the bigger picture, restructuring the CPC and repositioning China. To the majority Chinese their government is the assurance for progress and stability, providing a nourishing environment for personal achievements. That’s the basic measure; true not only for people in China but anywhere in the world.

In western democracies people are pushing political parties and leaders to set goals and make promises that - once in power - they are not able to fulfill. Partly because of gridlocks between different parties, partly because of power struggles among political organizations and institutions, and local and national governments. Different than in western countries, where goals are short-term and directed by election cycles, China sets long-term goals. The longest, its 1921 hundred-year plan, is well on course despite heaviest shake-ups. The CPCs ability to learn and adapt the course as necessary is the driver of China’s progress. Its goals are not limited to manufacturing and labor, but set for innovative future technologies, and global economic leadership in wind, electric cars and green technologies.

3. Achieving congruence in how China sees itself and how it is seen by the global community

For a long time, the western picture of China differed greatly from the picture China had of itself. It took a long time to change the economic picture of China. And once China had established itself as workshop of the world, delivering good quality for a good price, its picture seemed set.

Nevertheless, all signs pointed towards China returning to be the “Middle Kingdom.” Now, the speed in which China is positioning itself as a global power, has increased dramatically. Not without the help of the weakened and unstable position of the US. But as with all opportunities, one has to be ready when the opening appears.

And China was ready. The assertiveness of president Xi and his strengthening of the CPC is not happening in a vacuum, but is based on the goals and achievements of the past five years. It has become apparent that China’s picture and reputation in the global community has improved impressively. Not only in emerging economies, where China to many is a reliable partner, but in the western world. China’s Belt and Road Initiative is a strong example of China taking leadership in global economic development, matching its strength as an economic giant.

Given the rise in China’s global importance, the 19th National Congress is no longer just a signal for the next five years of China’s development, but for the world. The transition in geopolitical, political, economic and cultural equilibrium in favor of China does come with the responsibility of a stronger voice in global affairs, and will sometimes collide with China’s non-interference politics. The measures the CPC sets at the National Congress will be observed, recalled and evaluated as we move through the next five years.