BRI NEWS The SCO Summit in Qingdao: One year after enlargement

The SCO Summit in Qingdao: One year after enlargement

The upcoming summit of the Shanghai Cooperation Organization (SCO) in Qingdao will focus on advancing the 'Shanghai Spirit' throughout Eurasia by promoting mutual trust and benefits through common development. One year after the enlargement that brought India and Pakistan into the fold, it is important to assess how this development contributes to the spirit of the SCO.

The common dilemma for regional institutions is to promote either wider or deeper integration, as taking on more members makes it more difficult to find common ground. The usual criticism or concern about SCO enlargement is that it reduces its influence by shifting the focus inwards due to competing interests. Yet, creating economic incentives to harmonize interests within Eurasia presents a positive-sum format for development and power. 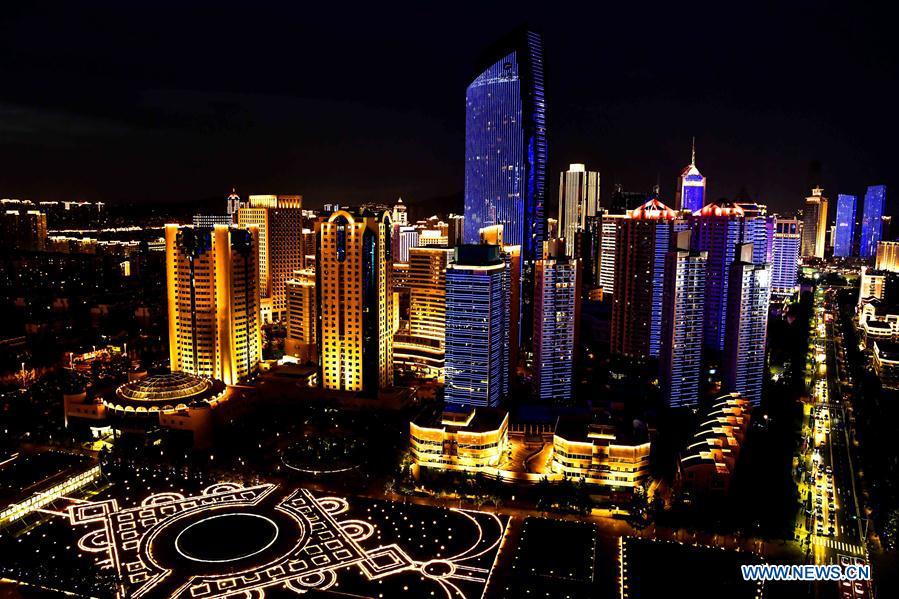 It is useful to compare the SCO with the experiences of the European Union, which is typically hailed as the most successful integration project that provides valuable lessons for other regions. The initial European integration effort after the Second World War brought together a deeply divided continent, as interests were harmonized by focusing on improving security between member states. In contrast, after the Cold War, the EU shifted its logic to seeking security against non-member states. Rather than bringing together historical enemies like Germany and France, the new EU aims to unite Europe without the largest state on the continent – Russia. The common argument was that Russia was too different and too large, which threatened to disrupt internal cohesion. By excluding Russia, European integration has subsequently degraded to a zero-sum project where the common neighborhood with a divided population compelled to choose between Brussels and Moscow. On the eve of the 2014 coup in Ukraine, Moscow and Kiev proposed a trilateral integration format with the EU to mitigate the zero-sum aspect of European integration. Unwilling to harmonize its interests with Russia, the EU rejected the proposal and supported the toppling of president Yanukovich in a winner-takes-all solution. Efforts to establish the EU's leadership from Libya to Ukraine has subsequently not created a 'circle of friends for mutual prosperity; rather it sparked a ring of fire that has also diminished the EU's own internal cohesion.

This lesson is relevant for the SCO in terms of the inclusion of India and Pakistan. An expanded SCO has inevitably made the organization more inward-looking by focusing on resolving differences and harmonize interests. Yet, improving security and relations between members rather than benefiting from a stronger common voice against external actors helps to solidify the Shanghai Spirit. The SCO is subsequently emerging as an ideal actor to resolve the conflict in Afghanistan, as Afghanistan and its neighbors are either member states or have observer status. By including Eurasian states with competing interests, the SCO is more likely to promote positive-sum political settlements.

The SCO promises stability by restoring the function of international law, which has been corrupted by the centralization of power. In a multipolar and balanced international system, international law imposes mutual constraints with key principles such as respect for sovereignty, territorial integrity, non-interference in the domestic affairs of others and a peaceful settlement of conflicts. In the post-Cold War era with centralized power, new principles of international law such as humanitarian interventionism and 'democracy promotion' have been introduced that shares the commonality of reducing constraints. The result has been sovereign inequality, selective application of territorial integrity, interference in domestic affairs, and military solutions to conflicts. A multipolar SCO is inclined towards restoring the constraining function of international law and resolving disputes in multilateral formats. Indeed, Russia's concerns about integrating into an asymmetrical economic partnership with China were mitigated by enlargement as it creates greater balance. China will still be the leading economic power, but with several large powers it will have a multilateral format where no state can dominate.

The SCO can introduce a democratic international system by using economic connectivity to make Eurasia a continent of cooperation. The SCO is harmonizing China's Belt and Road initiative with the Russian-led Eurasian Economic Union, which has made Central Asia a region for cooperation rather than conflict. And the SCO can apply the same format to improve India-Pakistan and India-China relations. New Delhi is apprehensive about supporting China's Belt and Road initiative, especially the China-Pakistan Economic Corridor running through Pakistan-administered Kashmir, as it is seen to strengthen China's economic power at the expense of India. Failing to address the concerns of New Delhi can produce significant risks for China as it encourages India to link its security with the so-called 'Quad' (US, Japan, Australia, and India), which is largely designed to contain Chinese influence. The SCO is in an opportune position to facilitate a Great Power compromise by improving the economic connectivity of India with Central Asia and Iran through Pakistan. The further development of the Bangladesh-China-India-Myanmar corridor can also contribute to develop mutually beneficial solutions. The recent meeting between Modi and Xi prior to the summit in Qingdao did not resolve the differences between India and China, yet the SCO format of harmonizing interests is a step in the right direction.

(Dr. Glenn Diesen is a visiting scholar at the Higher School of Economics in Moscow, and an Adjunct Research Fellow at Western Sydney University. Dr. Diesen research focuses on the geoeconomics of Eurasian integration and the emerging strategic partnership between Russia and China.)