BRI NEWS The West needs to discard 10 biases against China

The West needs to discard 10 biases against China 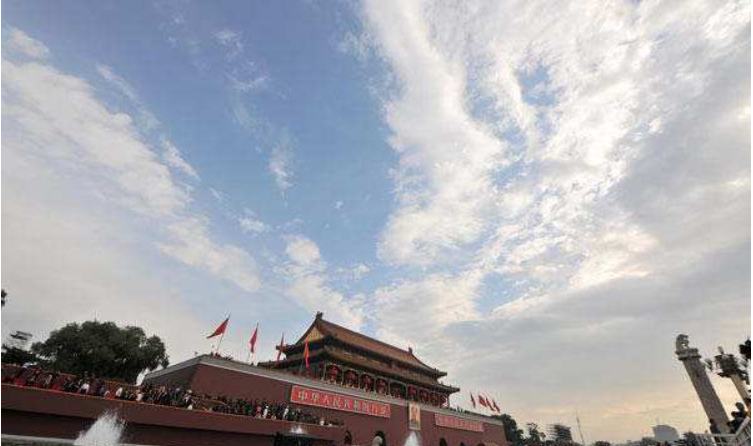 However, if the nation and the annual two-week events are still viewed with rigid impressions offered by the West, then conclusions drawn are likely to be defective.

Observers should avoid a series of biases seen in the past if they seek true objectivity when understanding China today.

BIAS NO. 1: CHINA IS "NOT A DEMOCRACY," MAJOR DECISIONS DO NOT REFLECT PEOPLE'S WILL

The essence of democracy is to be responsible for the people.

In some nations, the checks and balances of power have resulted in a political stalemate in which bitterness between parties has worsened and opposition is raised simply to disagree, rather than to discuss.

They have also seen a handful of families and hidden interests exercising influence on elections via their wealth. This kind of democracy can hardly lead to the sound governance badly needed by the people, though it may look "beautiful."

As a multi-ethnic nation with a large population and territory, China values reaching consensus through broad consultation before taking measures.

The formulation of the 13th five-year plan for the national economy and social development is exemplary of this effort.

It took about nine months for a team formed by the Communist Party of China (CPC) to draft the plan's proposal, which marks priorities for national development from 2016 to 2020.

During the period, which started in January 2015, the team solicited and analyzed opinions from all walks of life and tried to include as many opinions as possible.

The proposal guided the creation of the 13th five-year plan. A draft of the plan was produced later after rounds of top-to-bottom and bottom-to-top consultation that covered all aspects of the society.

The draft plan will be submitted to the National People's Congress (NPC) for review during its ongoing annual session.

Once adopted, the propositions of the CPC will be elevated as the nation's will and implemented across the country.

Scientific and effective decision-making and implementation is a huge advantage for China's democratic system.

Currently, China is focusing on realizing the goal of finishing building a moderately prosperous society in all respects, which is the people's biggest concern. One objective is to lift more than 70 million people out of poverty by the end of 2020, a number bigger than the population of either Britain or France. This goal not only conforms to the fundamental and long-term interests of the people but also safeguards human rights.

BIAS NO. 2: "ONE-PARTY RULE" NATION CAN NOT ELIMINATE CORRUPTION

Historically, corruption is not the result of a political system, but is related to phases of economic development. In the process of industrialization, the Western nations all witnessed spreading corruption due to fast accumulation of wealth and lack of supervision.X Sure, there are problems with the CPC, which boasts more than 87 million members. Fortunately, it has been increasingly aware of the fact that if the violators are not punished, then it is offending the 1.3 billion population. Therefore, the CPC is highlighting the governing of Party members strictly.

Over the past three years, investigations into violators including Zhou Yongkang and Ling Jihua have demonstrated the CPC's determination to take a zero-tolerance stance against corruption.

China has also been carrying out cooperation with the international community to facilitate repatriation of corrupt fugitives, leaving no haven for those hoping to escape punishment.

The CPC's campaign against corruption is gaining ground, which not only enhanced the Party's soft power, but also offered experience for the international community to jointly stem corruption.

It is true that China is continuously facing problems and challenges in its development, but the cliche prediction of a "coming collapse in China" made by speculators overseas has never come.

It seems unlikely such rhetoric will end this year however.

Over the 30-plus years since China's reform and opening up, every five-year development plan has been perfectly fulfilled. This is thanks to China choosing realistic development paths, which relies on the CPC's strong governance capability.

China's economic fundamentals remain sound and steady and the economy stays within a reasonable level. The political and social conditions are stable as well.

The CPC has put forward the five development concepts of innovation, coordination, green development, opening up and sharing and the "Four Comprehensives" strategy keeps making progress, facts that ensure the constant unleashing of benefits from the country's reforms.

This argument ignores the opportunities brought about by China's economic scale and potential.

China is the world's second largest economy, and a 6.5 percent growth is a huge propeller for the world's economy, whereas the Organization for Economic and Cooperation Development (OECD) in its Interim Economic Outlook Forecasts put the growth rate of the United Statesat 2 percent this year and 2.2 percent for next year. The growth of Japanthis year and next is expected to be 0.8 percent and 0.6 percent respectively.

In China, however, despite a slowing growth in some better-developed coastal areas, the development room for many inland regions remains broad.

China's drive to solve the economic imbalance among different regions provides huge potential for future economic development. Besides, China is encouraging and stimulating new dynamics with a new round of high-level opening-up, offering greater opportunities for investors all around the world.

Many observers also believe that the current slowing growth signals an increasingly mature Chinese economy, a "new normal" situation that should be adapted to by both China and the world. They believe China will continue to be a major "engine" for the world economy.

To help better understand China's military spending, it may be advisable to first listen to U.S. President Barack Obama's recent State of the Union address. "We spend more on our military than the next eight nations combined. Our troops are the finest fighting force in the history of the world," the U.S. president said. "No nation attacks us directly, or our allies, because they know that's the path to ruin."

On the contrary, China's military expenditure has long been at a low level, putting the building of national defense under great pressure. The current defense spending rise reveals tremendous restraint by China.

The blame by some major countries on China is, no doubt, out of ulterior motives.

China implements an active defense military strategy. It will never attack others unless being attacked first and it will not waive the power to strike back if it is under attack from others.

The peaceful development of China has significantly reduced the risk of a world war.

BIAS NO. 6: IRRATIONAL NATIONALISM IN CHINA

In a sense, many localities in China are turning into "cities of immigrants" where more foreigners are investing and living in. Chinese people always welcome them, despite the fact that Chinese have suffered century-long humiliation inflicted by foreign aggressors since the outbreak of the Opium War in mid-19th century till the founding of the New China.

Today, the comprehensive strength of the country has become increasingly stronger and the national pride and cohesion are also rising.

However, Chinese people are keeping a sober mind and understand that patriotism should be expressed in a rational, peaceful and inclusive manner and they are making their patriotism a motive to work hard and seek peaceful development.

China will never allow the emergence of any extreme nationalism, knowing that such mentality will put the nation in peril. It is incompatible with the CPC's peaceful ideology.

Moreover, the inclusive trait in Chinese culture is a powerful antidote to the parochial nationalism.

BIAS NO. 7: NO RELIGIOUS FREEDOM IN CPC-RULED CHINA

People holding this view should visit China to see the fervor during Christmas or observe the devout prayers at mosques. If the government had really oppressed religions, such scenes could never occur.

The Chinese government's respect for religious freedom lies, to a great extent, in this country's profound culture and traditions. Historically, hostility between different religions hardly existed in China, not to mention a religious war. Such respect is also stipulated in the law to protect people's religious freedom.

According to international consensus, the choice of whether to worship and what to worship adheres to a country's law. If an individual commits crime or conducts terrorist activities in the name of religion, they must be handled in accordance with the law.

BIAS NO. 8: CHINA HAS NO INTERNET FREEDOM

China has more than 600 million Internet users, the most in the world, and has fostered such Internet giants as Baidu, Alibaba and Tencent.

If one understands Chinese and lives in China, he or she will find diversified topics on Chinese websites and heated online discussion. As a political stage that welcomes overseas media, the ongoing annual sessions of the country's national legislature and political advisory body have also drawn a huge amount opinions and suggestions from Internet users.

As a sovereignty, China doesn't allow the Internet to be outside the law. Overseas Internet companies are only permitted to enter the Chinese market if they obey Chinese laws. The Chinese government has tightened management on illegal remarks posted on the Internet and it won't tolerate the West using the Internet to set agendas to interfere in China's economic and social development.

Many countries have laws to manage the Internet and China will improve its network management.

Islands in the South China Sea were first discovered, named and used by the Chinese, and China was the first and continues to exercise sovereignty over these islands.

As a matter of fact, peace, security and stability are the common wishes for all countries in the region. China and the Association of Southeast Asian Nations (ASEAN) are actively and steadily pushing forward consultations on a code of conduct in the South China Sea under the Declaration on the Conduct of Parties in the South China Sea.

Since the United Statespresented its Asia-Pacific rebalance strategy, the region that had been generally peaceful for many years has fallen into tumult. U.S. aircraft and ships have perennially conducted surveillance on countries in the region with increasing frequency, escalating regional tension. This is the greatest danger for "militarization" in the South China Sea.

China has never held back freedom of navigation in the South China Sea. Ironically, the United States urged China to obey the UN Convention on the Law of the Sea, which the United States itself is unwilling to accede into.

The Belt and Road Initiative doesn't solely belong to China. It rather belongs to the whole world.

Without exclusivity, the initiative is a trade and infrastructure network connecting Asia with Europe and Africa along the ancient Silk Road routes and radiating across the oceans to America. Any interested country or region can join the network.

China's efforts to push forward progress for the Belt and Road Initiative, set up Silk Road Fund and call for the establishment of the Asian Infrastructure Investment Bank have received positive responses from many countries. Future cooperation will be conducted under the principle of joint consultation, construction and benefits so as to realize common development and prosperity.