BRI NEWS This is Shaanxi: The Qianling Mausoleum in Xianyang

This is Shaanxi: The Qianling Mausoleum in Xianyang

In the northwest of Qianxian County stand three steep and prominent peaks thrusting upward the vast sky. This is Qianling Mausoleum in Liangshan Mountain. It is a place where Wu Zetian, the only empress in Chinese history, and her husband Li Zhi, Emperor Gaozong of Tang, were buried. It also enjoys the titles of the Best Royal Mausoleum and the Sleeping Beauty. 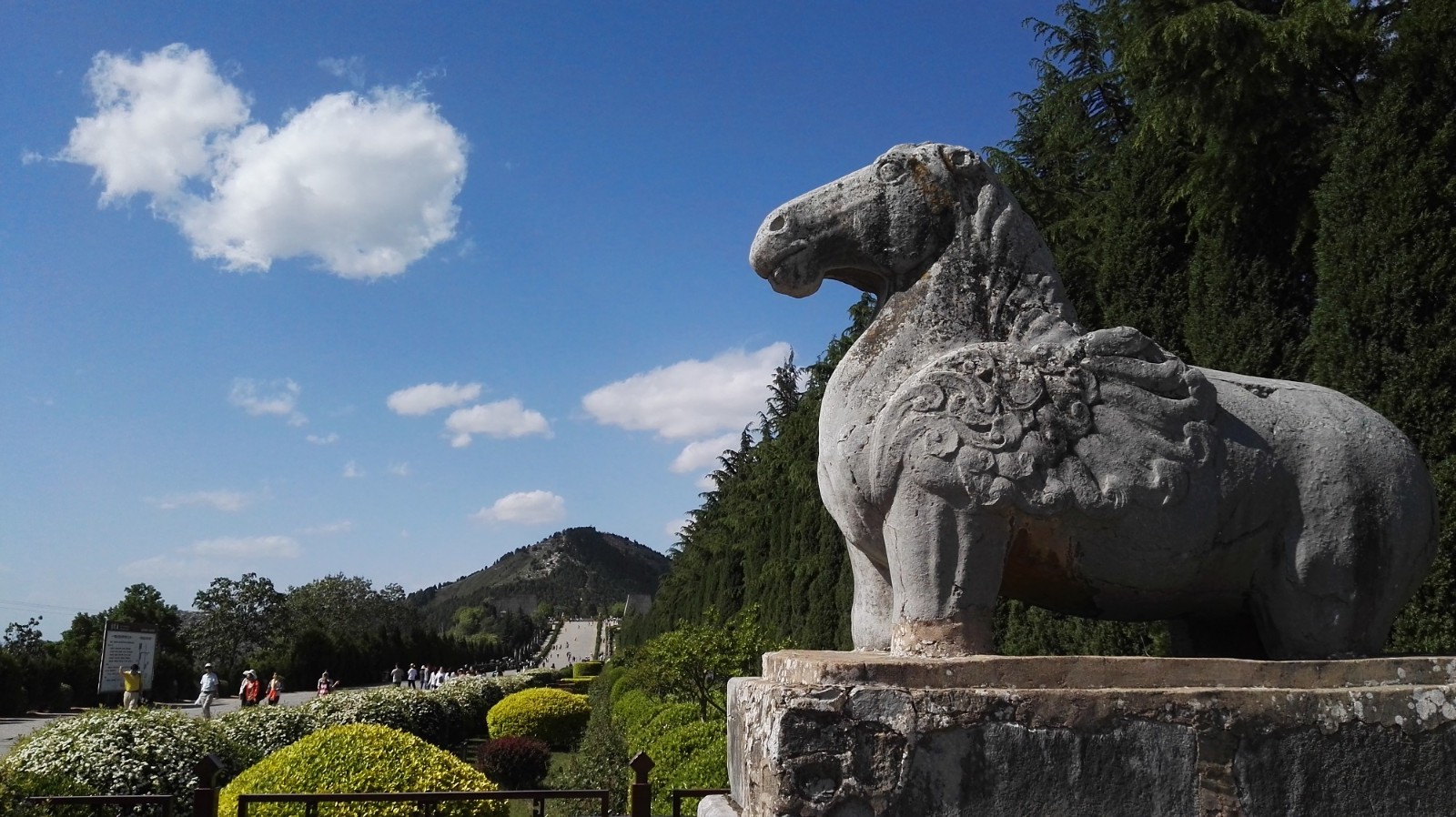 Qianling Mausoleum is the tomb of the Empress Wu, the only female ruler in the Chinese history. As the China’s only multi-burial tomb of two rulers, and also the husband and the wife, it is an excellent model of taking mountains as the mausoleum.

According to the funeral system of building mausoleums near to the mountains, the imperial burial palace of Qianling Mausoleum is located in the highest peak of Liangshan Mountain. Featuring the style of Chang’an City, the mausoleum park takes on a magnificent scale and a considerable momentum. It is also noteworthy that there are more than 100 tall, delicate, and well-preserved stone carvings. Among them, the Word-free Tablet is the most renowned one. These stone carvings symbolize the highly-developed historical culture and stone carving art of  the Tang Dynasty. 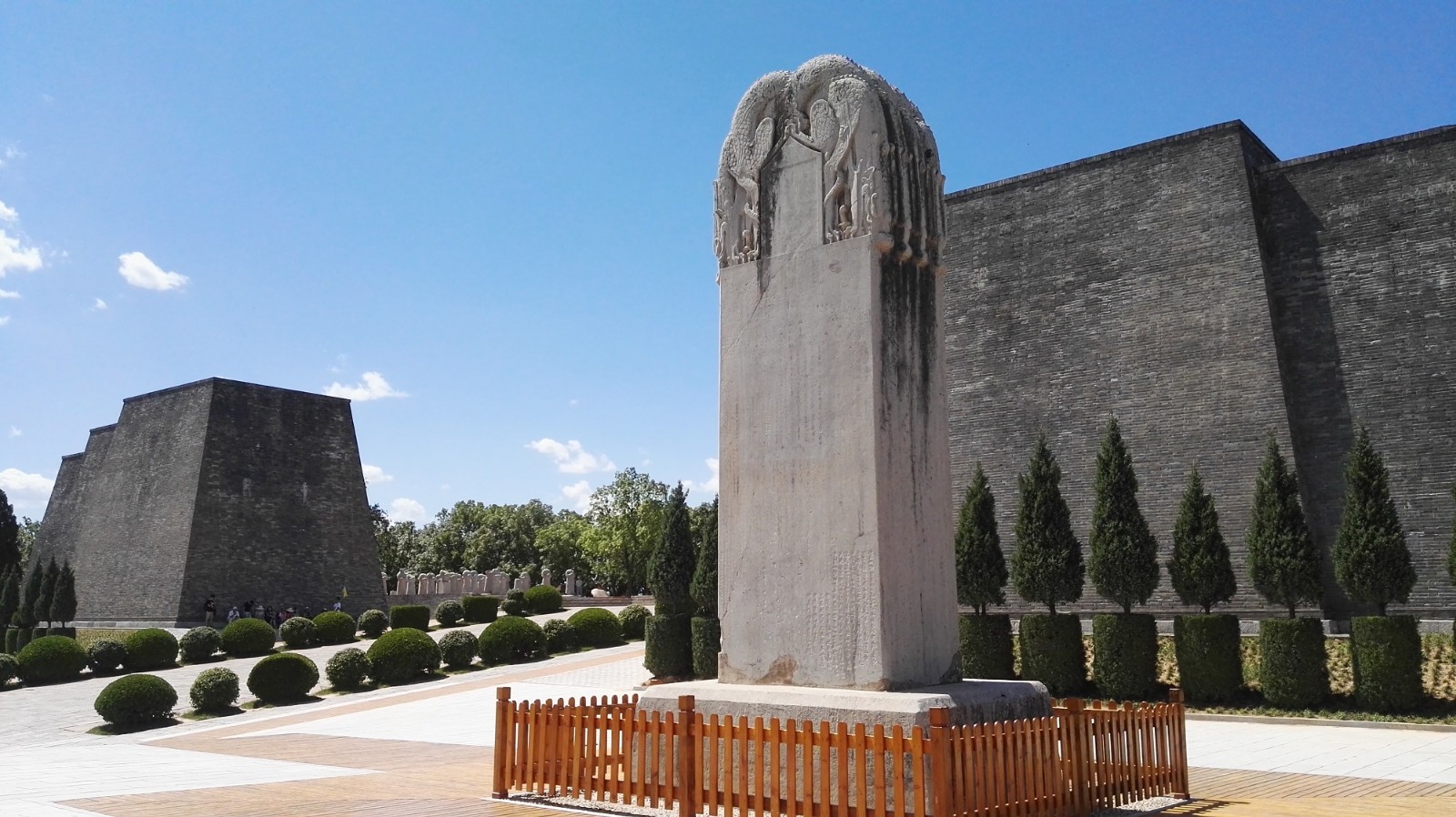 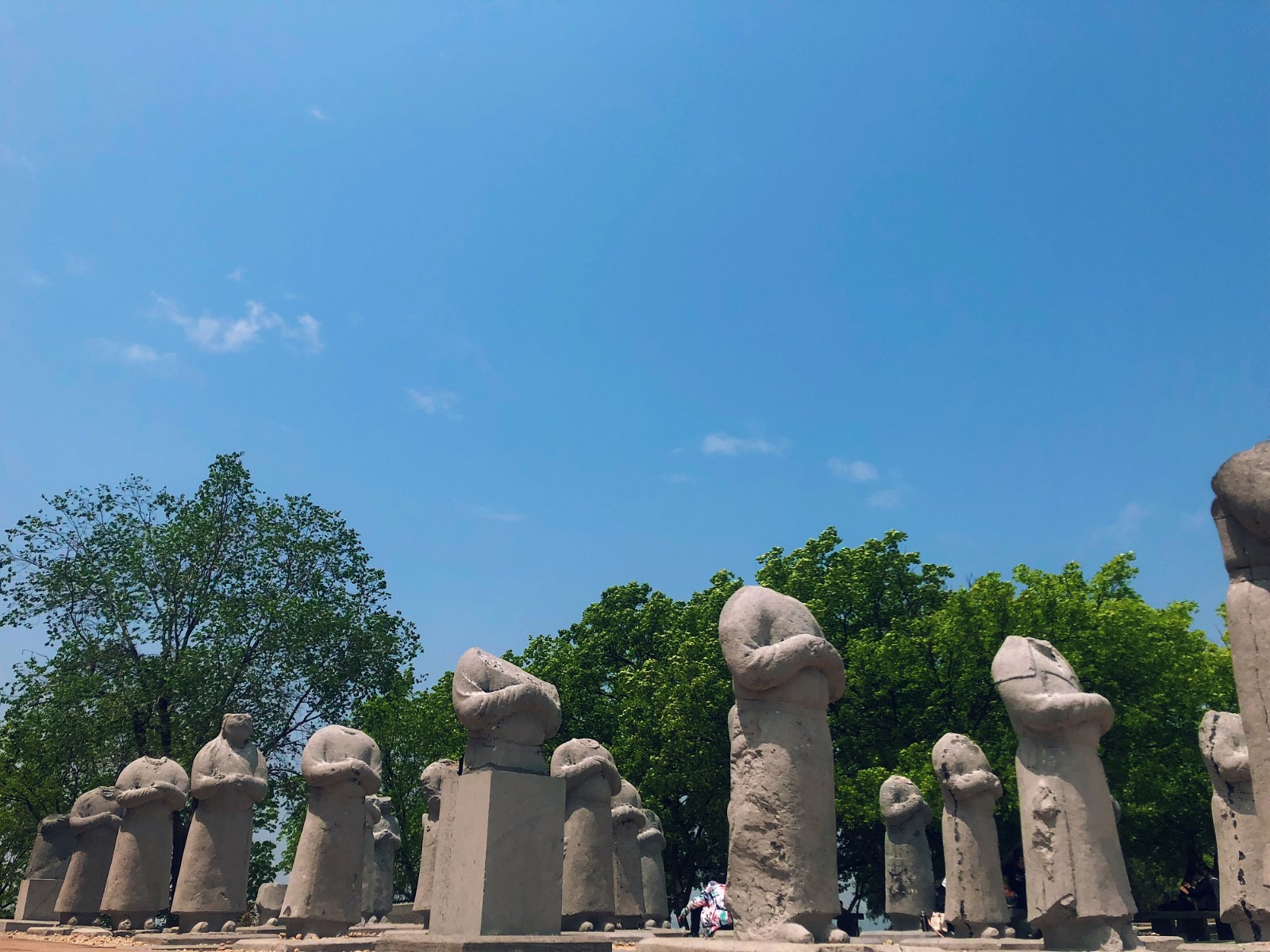 At the southeastern corner of the mausoleum spread 17 subordinate tombs. From 1960 to 1972, the cultural heritage sector excavated successively over 4,000 pieces of cultural relics of various kinds, including vivid Tri-Color Glazed Ceramics, beautiful paintings carved on the stones and spectacular murals in tomb chambers. Covering an area of 1,200 square meters, these murals are hailed as the underground gallery of painting art in the prosperous Tang Dynasty. 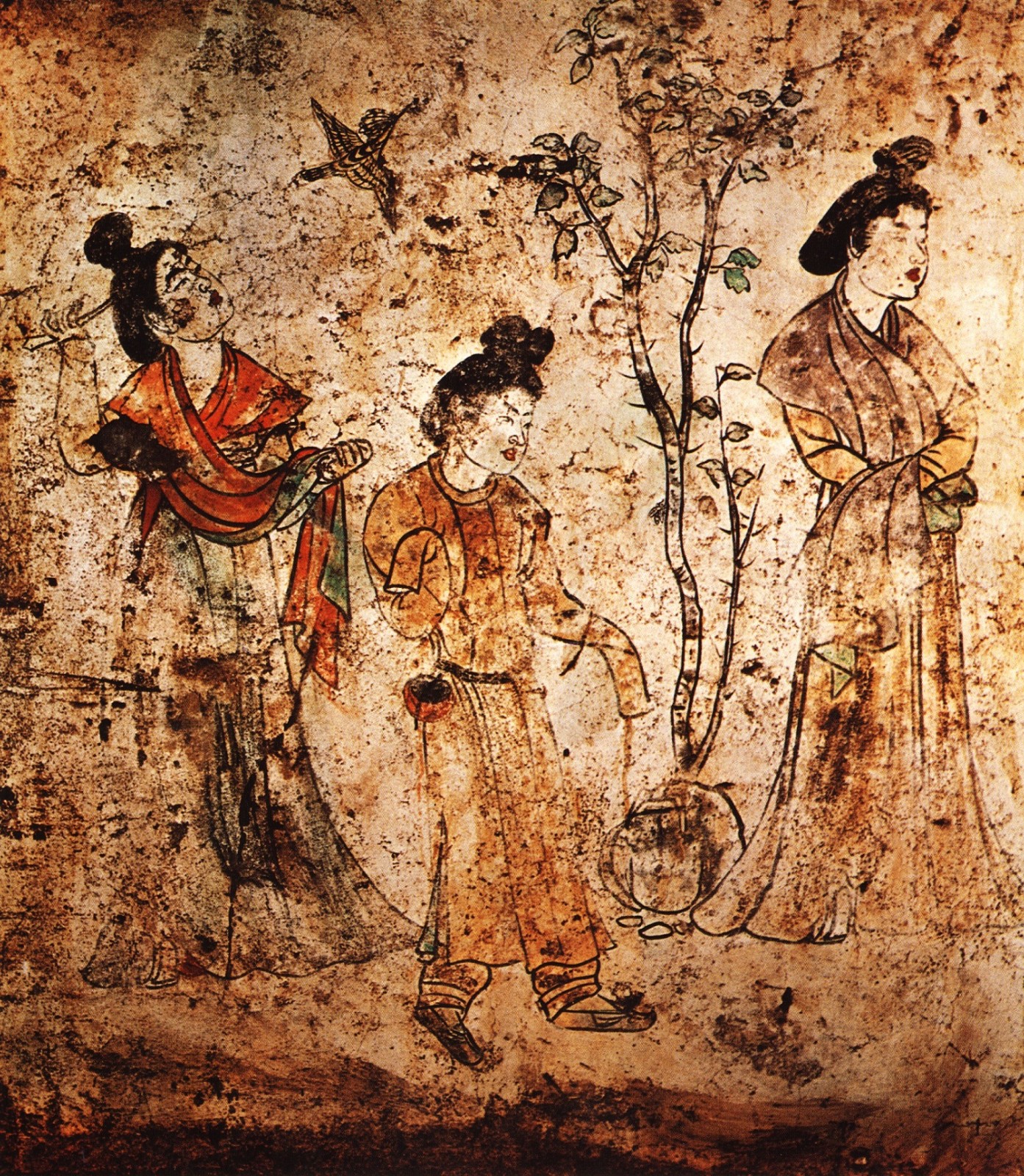 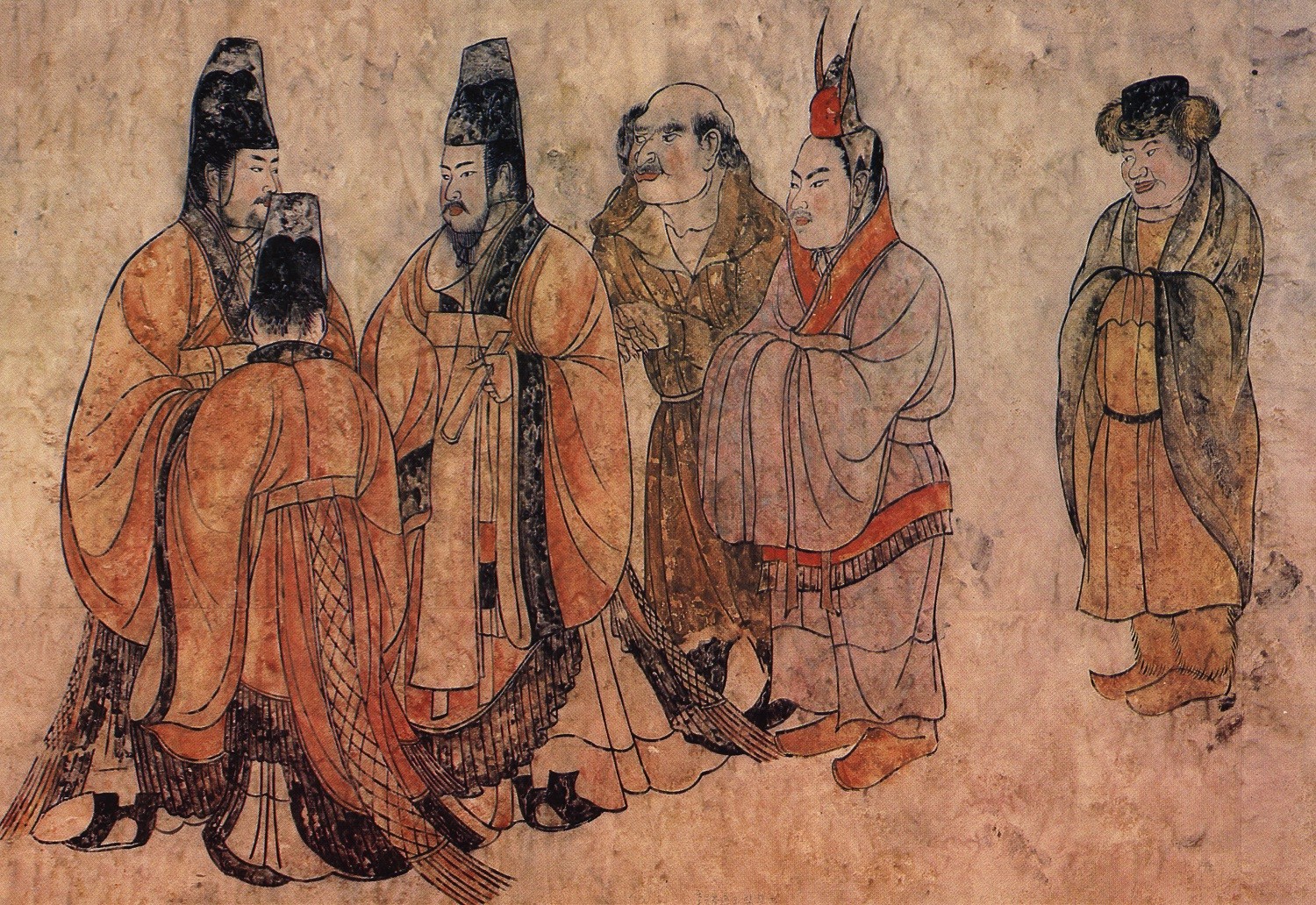