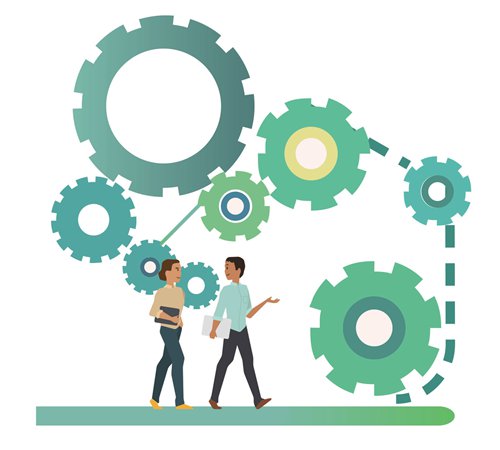 The notion of community with a shared future for mankind was proposed by President Xi Jinping in 2013, and has since become China's flagship diplomatic narrative that envisages an open, inclusive, clean and beautiful world enjoying lasting peace, universal security and common prosperity. It was enshrined in Xi's report at the 19th National Congress of the Communist Party of China in October 2017, and later in the Constitution after the two annual meetings of China's top legislative and advisory bodies held every year in March.
Internationally, the concept has resonated widely. For example, selective resolutions adopted by Human Rights Council and First Committee of Disarmament and International Security, both under UN auspices, applied the concept in calling for policy efforts to coordinate respective actions.
Intertwining peace and development as well as a variety of uncertainties and destabilizing factors is a defining feature of the current discussion on global governance. Despite the awareness of global interconnectedness and interdependence, solutions to the provision of international public goods (IPGs) in areas ranging from greenhouse gases, global health to security cooperation and "high frontier" governance have been reduced to specious rants.
In view of the market disincentive and institutional clumsiness, the undersupply of IPGs has thrown a spanner into people's pursuit of a better life. The international community's growing expectation that great powers bear more responsibility to address the challenges facing mankind is embodied by the widespread cry for reforming global governance in academia, policy circles and civil society.
In this context, China and the great powers in Europe take an active part in fulfilling the ambitions of the Paris Accord that entail more investments in R&D and infrastructure for energy transformation. China's Belt and Road initiative has become a key platform for international cooperation and arguably the most popular global public good at present. Also, major international players are uniting to keep the Iran nuclear deal working. China also plays a central role in the dialogue between North and South Korea for denuclearization of the Korean Peninsula.
Thought on building a community with shared future for mankind offers a solid moral base for major powers taking the lead in the provision of IPGs for the benefit of human development. Given the reshaping of the perceptions of the great powers, the thought also cut the Gordian knot on which an imperiled international order is predicated.
A plethora of theories and even consensus have been churned out in the West during the last few decades. However, stakeholders in policy-making have poured cold water on the demands of developing countries for establishing a fairer and more equitable international order.
Under the banner of community-with-shared-future-for-mankind, China stands for democracy in international relations and supports the UN in playing an active role in international affairs.
To illustrate, the thought on community with shared future for mankind emphasizes a new type of international relations and a new security concept, while opposing the Cold War mind-set and the chauvinism of big powers; promotes global partnership and pluralistic diplomacy, while rejecting power politics and unilateral thinking; encourages an open international order and common development, while turning down race to the bottom and the logic of protectionism; advances global civil exchange, while spurning zero-sum game and narrow-mindedness.
Responding to the call of our era, the community concept depicts and fosters an open horizon that aims at seeking common ground while respecting differences on the evolution of international relations and empowers countries all over the world to be in charge of their own futures.
As globalization evolves, it increases the total wealth of participating countries and regions and more people can now enjoy the benefits of economic development. Admittedly, globalization can leave specific groups within trading economies worse off at the same time. That's partly why we see protectionist and populist trends of thought and mobilization appear in certain regions.
The development achieved in China during the past 40 years of reform and opening up shows that there is more than one path to modernization and that the development strategy of each country cannot be exactly the same, nor can they remain the same in different stages of development.
By international development plans and innovation in governance systems such as the Belt and Road initiative, China's experience provides a pragmatic approach to North-South cooperation and South-South collaboration in the new era.
Anti-globalization thought and the middle-income trap are two salient risks facing developing countries today. By actively exploring developmental paths that are in line with their own national conditions, these countries must break the linear development mentality and wisely handle the non-linear relationship between economic efficiency, fair distribution, ecological sustainability and so on. These kind of high-road economic development strategies are embedded in the thought on building a community with shared future for mankind.
The 21st century has witnessed the irresistible and irreversible globalization of economic and cultural exchange, as no country can afford to retreat into isolation. Short-sightedness and resulting steps such as trade protectionism with "me-first" sentiments, winner-takes-all mentality and beggar-thy-neighbor approach, would not only block the doors of others, but also put a hurdle in one's own path.
Being rooted in China's fertile soil of development, its voices and approaches, including the community-with-shared-future-for-mankind narrative, adds stability and perspective to world politics and international development.