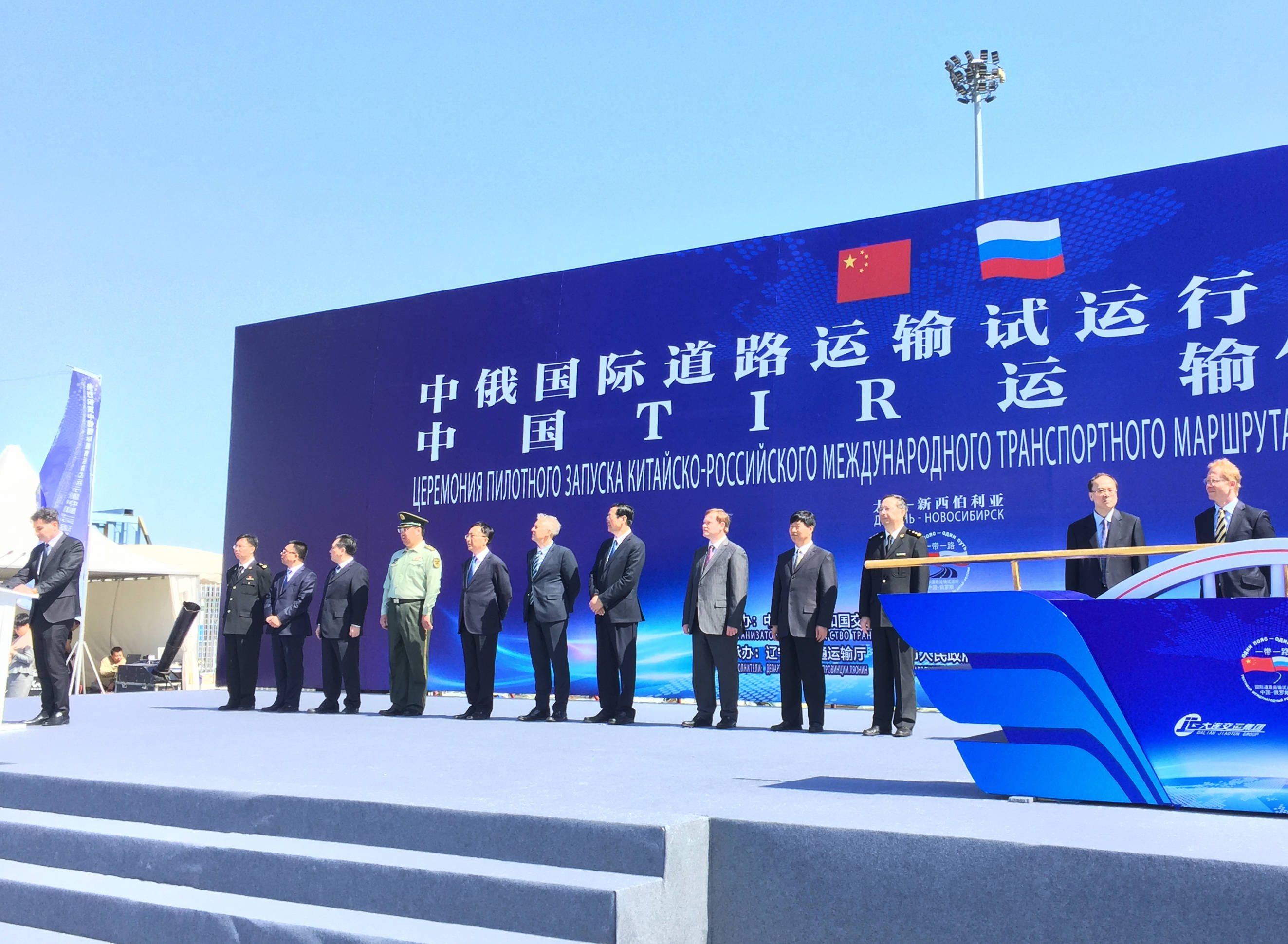 Dalian (People's Daily) - China accepts TIR transports on Friday, which marks a cornerstone for China boosting its economic and trade development. The global transit system connects 73 countries across the world, offering faster transport times for China of up to 80 percent. "This is definitely a historic moment for China's international transport," Umberto de Pretto, secretary general of IRU, told People's Daily in an interview.

A ceremony was held the same day in Dalian, gathering transport and customs leaders from China and Russia to celebrate the historic launch. "The start of TIR operations today sends a strong signal to the world that China is opening up its markets and connecting more efficiently across its borders," Umberto said.

The ceremony also marks the China-Russia pilot trade caravan transport. The line from Dalian in China to Novosibirsk in Russia is 5,600 kilometers in length. TIR is expected to play a positive role by expediting customs clearance and efficiency for the new route.

Liu Xiaoming, Vice Minister of China's Ministry of Transport, said during the ceremony, international road transport is important for China to implement the Belt and Road initiatives and to promote regional economic and social development.