To help with Africa’s development tests sense of responsibility, vision 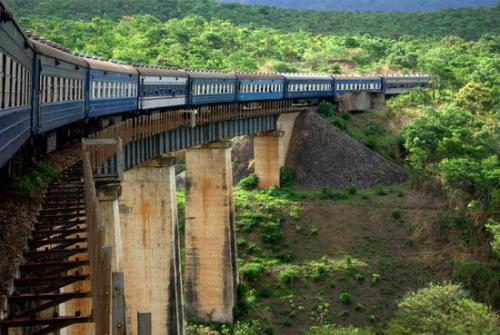 How to offer tangible assistance for Africa is an important topic of international concern. It shall be a shared responsibility and vision for members of the international society to play their due roles in constructive global cooperation that propels the development of African countries.

However, what U.S. Secretary of State Mike Pompeo said during his recent trip to Africa failed to showcase such responsibility and vision.

Preaching that “countries should be wary of authoritarian regimes with empty promises”, the U.S. Secretary of State bragged that the U.S. can provide better offers for Africa than any other country. He said that only the economic partnership with the U.S. can help Africa achieve “true liberation”.

However, Pompeo’s remarks were slammed by local media immediately after he capped his tour. A South African newspaper said in an article titled Don’t Fall for U.S. Propaganda that the trip doesn’t appear to have produced anything tangible so far, other than anti-Chinese and pro-U.S. rhetoric.

A report by American media also said that the “true liberation” rhetoric was exaggerated, citing an Ethiopian critic.

Pompeo’s trip to Africa marked the first one paid by a U.S. Secretary of State in the recent two years. Though he made high-profile remarks, his country was not doing anything to support them. When West Africa is seeing deteriorating situation of anti-terrorism, the White House is conceiving large-scale military withdrawal, and the U.S. announced visa restriction for nearly a quarter of African population just ahead of Pompeo’s trip to Africa.

The U.S., failing to offer development plans for Africa, was sermonizing the continent with the doctrines that have been used for years and proved outdated. Such practice is believed by the international media to have released a chaotic signal.

American media said bluntly that Pompeo’s trip announced no major agreement or new initiative, while African scholars pointed out that the U.S. will only lose the game by comparing itself with other countries, and alienate the African national leaders who don’t want to be forced to pick sides. U.S. senior officials shall focus on genuine development plans for Africa if they want to be accepted.

It’s obvious to all that U.S.-Africa cooperation has never been prospering over the years. However, the U.S. attributed such failure to Africa’s cooperation with other countries, which is totally ridiculous, as African countries have always said that they remain open to cooperation with any country.

The ineffective cooperation between the U.S. and Africa was not caused by external factors, but the neglecting of the U.S. itself. When a new Africa strategy was raised by the White House in 2018, African scholars pointed out that the strategy barely cared about the focal problems facing Africa, such as hunger, unemployment, surging population and climate change.

Just as many African observers believe, some American politicians never cared about the development of Africa, or take African countries as respectable and equal partners. As a result, it’s hard for the African people to believe the “beautiful lies” made by these politicians.

Perhaps what the U.S. Secretary of State experienced in Africa might have further embarrassed him. He was received at the Bole International Airport of Addis Ababa expanded in part by Chinese funds, and his entourage passed through the capital where Beijing has built highways, said an article by American media, adding that the Secretary of State met the chairman of the African Union at its towering headquarters built and paid for by China.

“As things stand, China is already winning the hearts and the minds of Africans. The West will have to either change tact or forever play catch up,” said Ethiopian scholar Mehari Taddele Maru. The U.S. has always taken Africa as a battlefield for major-power games, rather than making sustained efforts to develop its economic relations with the continent.

“The U.S. may be the world’s biggest economy characterized by its huge gross domestic product and a strong currency, but its international market dominance should not give it unrestricted liberty to insult African heads of state by telling them who their friends should be.” What African media said conveys the common aspiration of the African people.

To help Africa with concrete actions tests a country’s sense of responsibility and vision. Real friendship is achieved through weal and woe, rather than glossing. The African people know clearly who their real friends are.