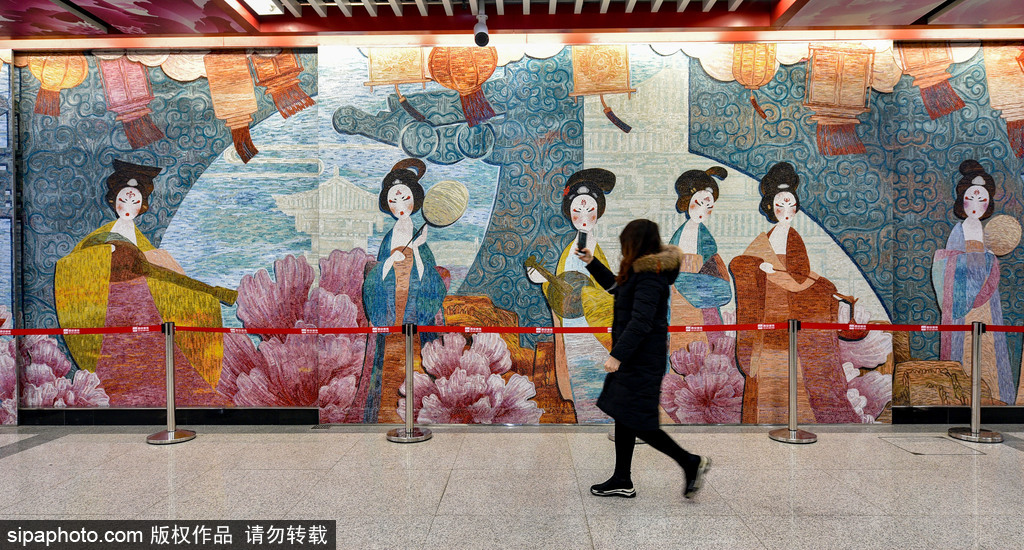 A woman takes photos of a mural at a metro station in Xi'an, Shaanxi province on Dec 26, 2018. [Photo/Sipa]

Urban rail transit in Chinese cities witnessed steady growth both in operating scale and passenger traffic last year, according to a recent report from the China Association of Metros.

The 10 cities with the most average daily passenger traffic are those with the largest economic and urban population size, the report said. Besides Beijing and Shanghai, the list included Guangzhou (9.07 million), Shenzhen (4.9 million) , Chengdu (4.18 million), Wuhan and Nanjing (above 3 million), Chongqing and Xi'an (above 2 million), and Hangzhou (1.78 million).