Though suffering from the epidemic outbreak, the nation's tourism industry has made use of more online resources to meet travel demands from the public while helping curb the spread of the novel coronavirus pneumonia. 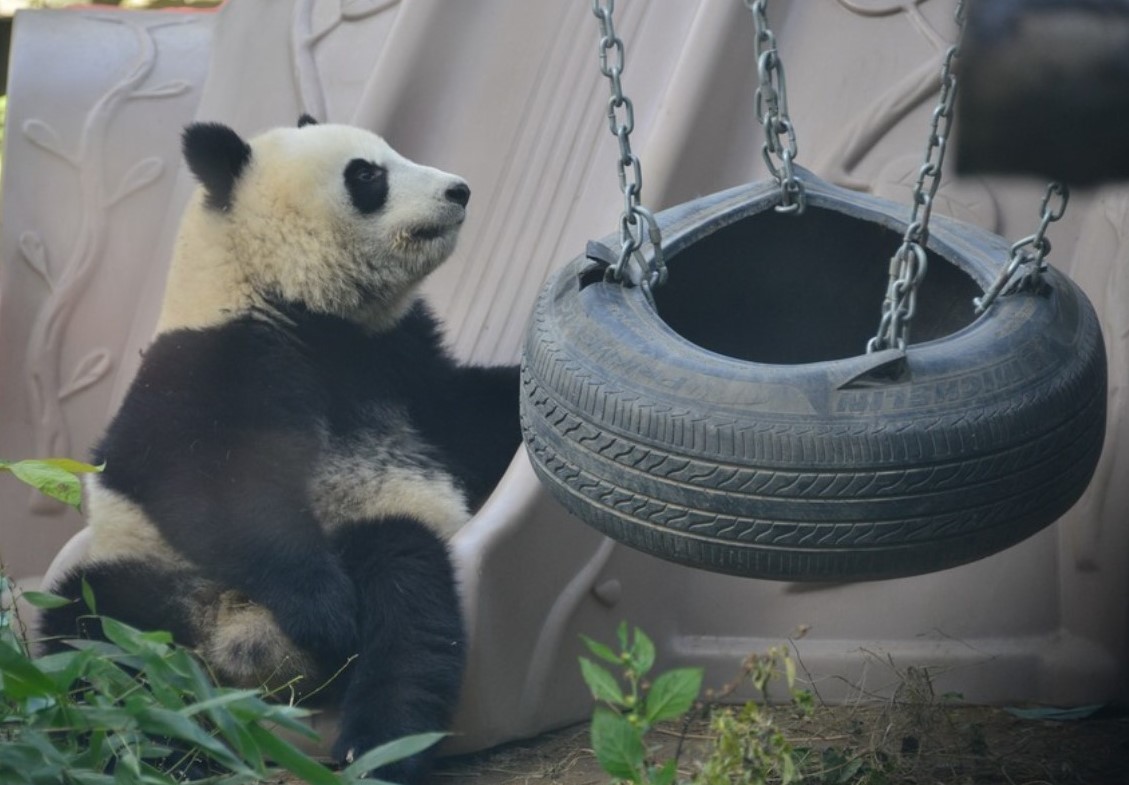 A giant panda plays at the Beijing Zoo in the capital city of China on Oct 21, 2019. (Photo: sipaphoto.com)

The Beijing Zoo has been updating the daily lives of its animals on Chinese social media platforms since Saturday, uploading articles, videos and pictures of the animals being trained and fed.

The zoo has been closed to the public because of the epidemic outbreak since Jan 24, the beginning of the Spring Festival holiday.

So far, the "online zoo" has featured black muntjacs and giant pandas. The latest article introduces all 10 pandas, followed by pictures and videos showing them sauntering in snow and loudly munching bamboo.

It will be open every other day and will continue to operate after the zoo reopens to the public, according to deputy curator Zhang Chenglin.

About 1,000 domestic attractions, including the Summer Palace in Beijing, Yellow Mountain in Anhui province and Zhangjiajie Tianmenshan National Forest Park in Hunan province, can be enjoyed free via VR pictures and presentations.

Zhang Ning, a 26-year-old from Xi'an, Shaanxi province, had planned to travel to Guilin in the Guangxi Zhuang autonomous region with her parents during the Spring Festival vacation.

"But the epidemic ruined the plan, and we had to stay at home," she said. "I introduced my parents to the online services a week ago, telling them that they can see anywhere they want online with free presentations.

"It's quite a good idea. At least it's a good way to kill time."

The central government is also making efforts to diversify people's lives amid the travel restrictions.

The Ministry of Culture and Tourism launched online public cultural services on Feb 2 on its website. There, people can access exhibitions organized by museums across the nation and visit 30-plus virtual showrooms of the National Museum of China. Public classes organized by the National Library of China are also available.

Dai Bin, president of China Tourism Academy, said at a conference on Feb 6 in Beijing that organized tours have been reduced or even canceled during the outbreak.

The number of travelers who intended to visit their relatives decreased by over 76 percent because of the virus, he said.

"But I remain optimistic about the future," he said at the conference. "As long as people have a desire for travel and we have supportive policies, we will win the battle against the virus and improve tourism."