BRI NEWS Toward a free and open, but also inclusive and cooperative 'Indo-Pacific'

Toward a free and open, but also inclusive and cooperative 'Indo-Pacific' 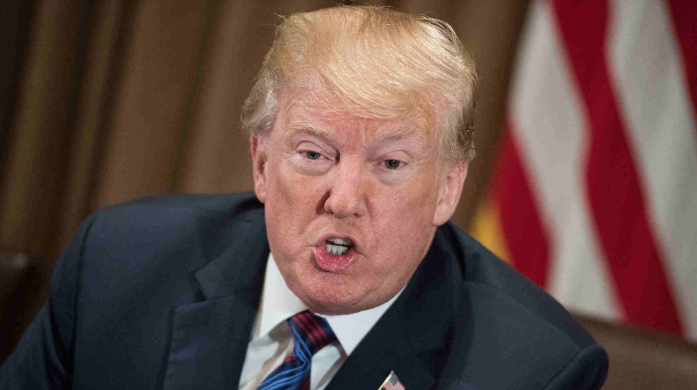 The United States now has a new bumper sticker for its national security strategy.

I have argued that FOIP has adopted a blunt, cutthroat zero-sum, ideological, antagonistic and containment-oriented posture toward China. It’s safe to say that the US strategy, up to now, is inherently anti-China, no matter what shining notions it has used or euphemisms it might apply.

And it is doomed to failure if it retains or even beefs up such a confrontational posture when implemented. Here is why.

First, it runs against a long-term historical trend.

China represents a collective rise of major developing countries and emerging economies, harbingering a relative power shift from the Atlantic to the Asia Pacific that's unprecedented in the 500 years since the Great Age of Discovery. These countries call for greater representation on the world stage and fairer rules in the international order, not unilaterally dictated by the US and its western allies. China is not alone.

When FOIP is mostly about countering China’s rise, it is actually trying to accomplish a mission impossible.

Secondly, it runs counter to a dominant theme of the times crying out for peace and development.

Despite so many challenges, the world is, in fact, a much better place than it was at the end of World War II and during the Cold War.

The vast number of countries do not welcome hegemony, obsession with military supremacy, zero-sum games or interfering in the internal affairs. They would like to stay focused on their development and not be subject to power rivalry and manipulation.

The US focus on the military and security dimension of FOIP as well as a hostile approach to China would risk dividing and destabilizing a region that has enjoyed a generally peaceful and prosperous time unseen in centuries.

Thirdly, it eludes the fact that China is not just another great power.

China is well aware of the tragedy of historical great power rivalry and is sincere in its quest to build a new model of relations with other powers, including the US, avoiding the Thucydides Trap.

Sometimes China does not like the American way, but it is not interested in replacing the US as the regional, let alone the global hegemon. China’s way of development and conduct of diplomacy may inspire some developing countries, but China has no intention of exporting its model overseas.

China is striving for a cooperative, win-win relationship with all countries. It is confident that its foreign and security policy as well as its diplomatic initiatives such as the Belt and Road Initiative and the Asia Infrastructure Investment Bank are popular with most countries and regions. China is winning a global network of partners and friends.

China has been an Indo-Pacific country for centuries. Now as the biggest trading power in the world, Chinese interests are quintessentially Indo-Pacific. China is comfortable with the Indo-Pacific idea.

As a fundamental foreign policy, China welcomes and supports a multipolar world that means any region including, of course, the Indo-Pacific. China stands against hegemonism and power politics, a core position of the foreign policy China has held since the founding of the new China.

Fourthly, it may alienate rather than unify US allies and partners.

Few countries will blindly sign on to the US adversarial stance toward China. Though a number of countries have disputes with China, concerns over some implications of China’s rise, or even intentions to balance China’s influence, they won’t see benefits in joining hands with the US to turn China into a foe.

While Japan, Australia, South Korea, the Philippines, and Thailand – treaty-bound allies of the US – may support some aspects or programs of FOIP, they will try to balance their positions between the US and China.

ASEAN appears to be concerned over possible negative consequences of FOIP as well as of the Quad on its centrality in regional cooperation. Though Mattis tried to state US support for the principle of the centrality of ASEAN, the latter has been cautious about the concepts.

India, a candidate anchor in US FOIP calculation, will most likely disappoint the US. True as it is that some in the US have imagined since the mid-1990s an India aligning with the US to counter China, India appears to be mindful of the US scheme of pitting India against China – a colonial, British “divide and rule” game.

In his keynote speech at the Shangri-La Dialogue, Indian Prime Minister Modi did not take the wholesale US FOIP. Instead, striking a cooperative tone, he stressed a vision for an inclusive Indo-Pacific that "includes all nations in this geography" and is not an exclusive club directed against any country. He even avoided mention of the Quad in his speech.

Fifthly, it misses the underlying, enduring logic of China-US relations.

The shared interests of China and the US far outweigh their differences. A stable, positive and constructive relationship benefits all. It will be futile to resist the increasing interdependence of the two nations as well as the world.

It is dangerous and irresponsible to push the two countries on to a confrontational course. If American people learn the risks of the FOIP peddling a self-destructive notion to contain China, most of them would not support it.

Compared with the virtually teeth-gnashing reaction of the FOIP authors and underwriters toward China’s rise, the Chinese government’s response to FOIP remains calm and firm. One day China may work out its own version of an Indo-Pacific strategy, but it will be an open, inclusive, cooperative strategy.

At the same time, China keeps a close watch as FOIP plays out.

The Trump administration should dump its newfound bumper sticker of FOIP with an underlying cold-war mentality and switch to a new thinking with a positive, reassuring message for the region and the world.