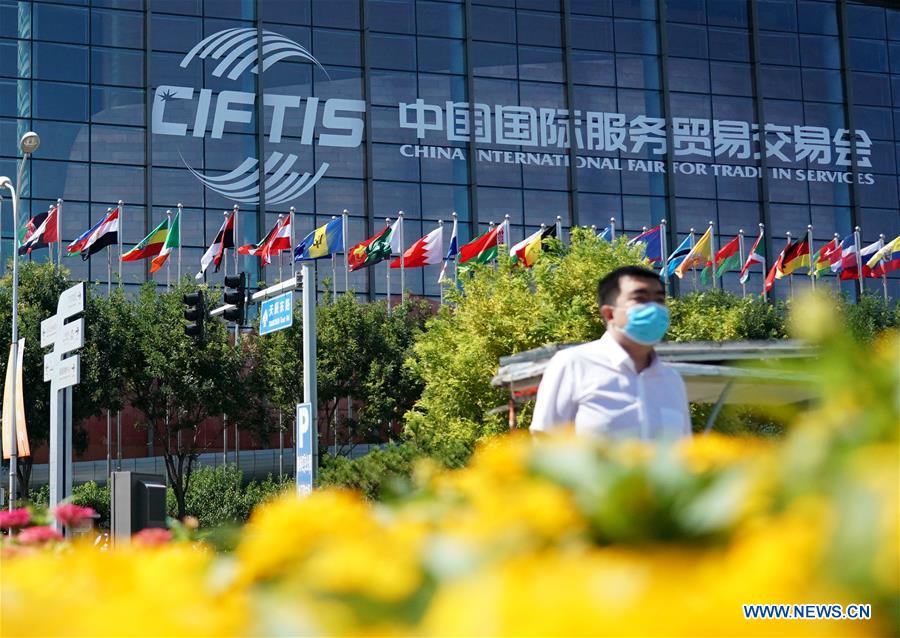 Photo taken on Sept. 9, 2020 shows a view of the China National Convention Center, the main venue of the 2020 China International Fair for Trade in Services (CIFTIS), in Beijing, capital of China. The six-day CIFTIS concluded in Beijing on Wednesday. (Xinhua/Zhang Chenlin)

The opening last week of the China International Fair for Trade in Services was not just a showcase of China’s new technologies and innovations, and its success in containing the spread of COVID-19, but also a valuable insight into the qualities of the country’s leadership.

I read with interest the speech of Chinese President Xi Jinping, who spoke of China's willingness to join hands with all in this trying time, and work together with all countries to enable global trade in services to thrive, and the world economy to recover.

He told how China has been deepening reform and opening up in the service sector, improving the system and mechanism for trade in services, and raising the level of development, with pilot programs for innovative development of the service trade.

Of course, he had to speak about COVID-19, but told how during this pandemic, certain services have been widely used: telemedicine, e-learning, sharing platforms, collaboration systems, and cross-border e-commerce.

Now compare his messages with those of other world leaders on global trade, and judge who shows greater statesmanship.

On the other side of the world, US President Trump was telling the world that “the future doesn’t belong to globalists. The future belongs to patriots,” and that his government’s policy will be “only America first, America first.”

The International Monetary Fund has said that Trump’s policies and the escalation of US-China trade tensions is one factor which has contributed to a "significantly weakened global expansion", and has it cut its global growth forecast.

Trump’s denial of COVID-19 and lack of leadership has even left many Republican supporters in despair, and his constant referral to COVID-19 as the “Chinese virus” is insulting to the Chinese nation.

European Union President Von der Leyen expressed bemusement at the UK prime minister’s approach, as she quoted Johnson’s claim in a recent speech in Greenwich that the UK would be a “global champion of free trade”.

It seems there are now two opposing teams when it comes to world trade: those who look inward such as Trump and Johnson, and those with an outward-looking vision such as EU President Von der Leyen, other EU leaders, and Chinese President Xi Jinping.

In his speech at the China International Fair for Trade in Services, Xi gave three thoughts and suggestions on his government’s priorities for the future.

To me and many other interested European observers, this indicates that when it comes to trade, Xi is one of the few adults in the room, showing true vision, leadership and statesmanship--qualities sadly lacking in some other world leaders.

(The author is the Editor-in-Chief of the EU Reporter.)