Turkey welcomed on Wednesday the first China Railway Express freight train that travels from China to Europe through the sub-sea Bosphorus rail tunnel. 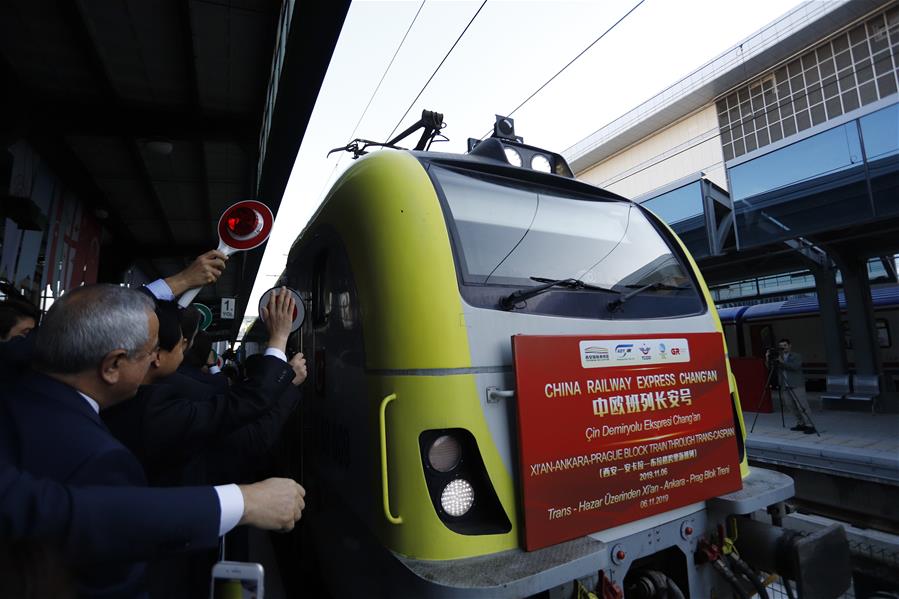 The train arrived at the historical Ankara train station where a welcoming ceremony was organized and attended by Turkish and Chinese officials, semi-official Anadolu news agency reported.

"This is a historic moment which reflects a new era in railway transportation," said Turkish Minister of Transport and Infrastructure Mehmet Cahit Turhan during the ceremony.

The freight train will complete its travel in 12 days, he noted.

The 820-meter long train with 40 carriages departed from the northwestern Chinese city of Xi"an and would travel 11,500 km to Prague, capital of the Czech Republic, as part of the Belt and Road Initiative (BRI).

The train will pass on Wednesday night through the Bosphorus strait across Istanbul, economic capital of Turkey, using the Marmaray rail tunnel from Anatolia to Europe before heading to Prague via Bulgaria, Hungary and Slovakia.