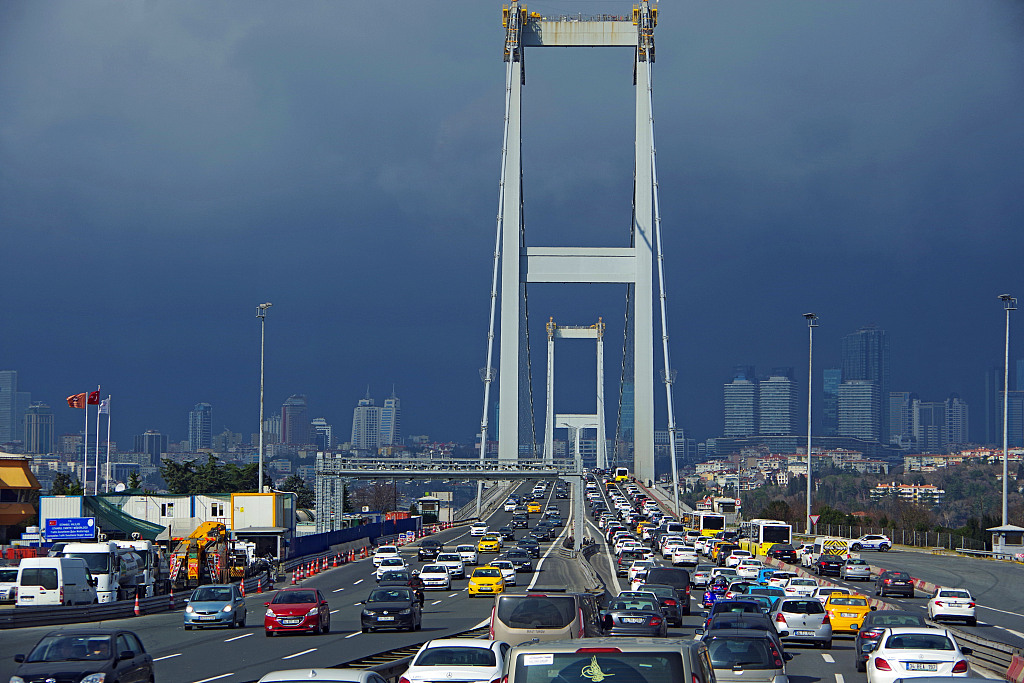 Turkish enterprises are eager to attend the second China International Import Expo (CIIE) in Shanghai to showcase their products.

This year, compared to the inaugural expo in 2018, there is an increase of more than 40 percent in the number of participating Turkish firms, officials from the Istanbul Chemicals and Chemical Products Exporters Association (IMMIB) told Xinhua.

A total of 58 Turkish firms, which specialize in cosmetic, porcelain, kitchen ware and utensils, textile, food, electronics, and medical products and services, will take part in the expo from Nov. 5 to 10.

Agricultural food enterprises will also present their products as part of a show for visitors under the banner "Turkish tastes," inviting them to enjoy traditional Turkish culinary delights.

Adil Pelister, chairman of IMMIB, pointed out that this year's exhibition area for Turkish firms was around 2,000 square meters, more than twice the size of last year.

"We will display the quality of Turkish products and the power of our exporters at this giant fair with a wide range of assets, including food, medical equipment and service products," he said in a press release.

Pelister described China as a "strategic market" that would enable Turkish exporters to achieve their export targets.

Meanwhile, the Turkish Exporters' Assembly (TIM) said Turkish firms have shown "a very intense interest" in the upcoming CIIE and are planning to sign more trade agreements with their Chinese counterparts.

A total of 38 Turkish companies participated in the first CIIE and concluded trade deals worth 620 million U.S. dollars, according to TIM.

The second CIIE is expected to be joined by over 170 countries, regions and international organizations, as well as more than 3,000 companies and 400,000 importers.

Turkey sees the China-proposed Belt and Road Initiative as complementary to its own initiative to create a rail and road network along the ancient Silk Road from Turkey through the Caucasus and Central Asia to China.

Direct Chinese investment in Turkey is expected to double by the end of 2019 to reach 4 billion dollars, a trend that is in line with agreements concluded between the two countries.

The trade between Turkey and China "was only 1.1 billion dollars in 2001, but we are now with a huge leap forward. China is our biggest trading partner in Asia," said Turkish Trade Minister Ruhsar Pekcan in September during a Turkey-China business forum organized in the western city of Izmir.

In July 2018, the Industrial and Commercial Bank of China provided a 3.6-billion-dollar loan package to the energy and transportation sector in Turkey.

Currently, there are around 1,000 Chinese firms operating in various fields in Turkey, showing the determination of both countries to deepen cooperation.