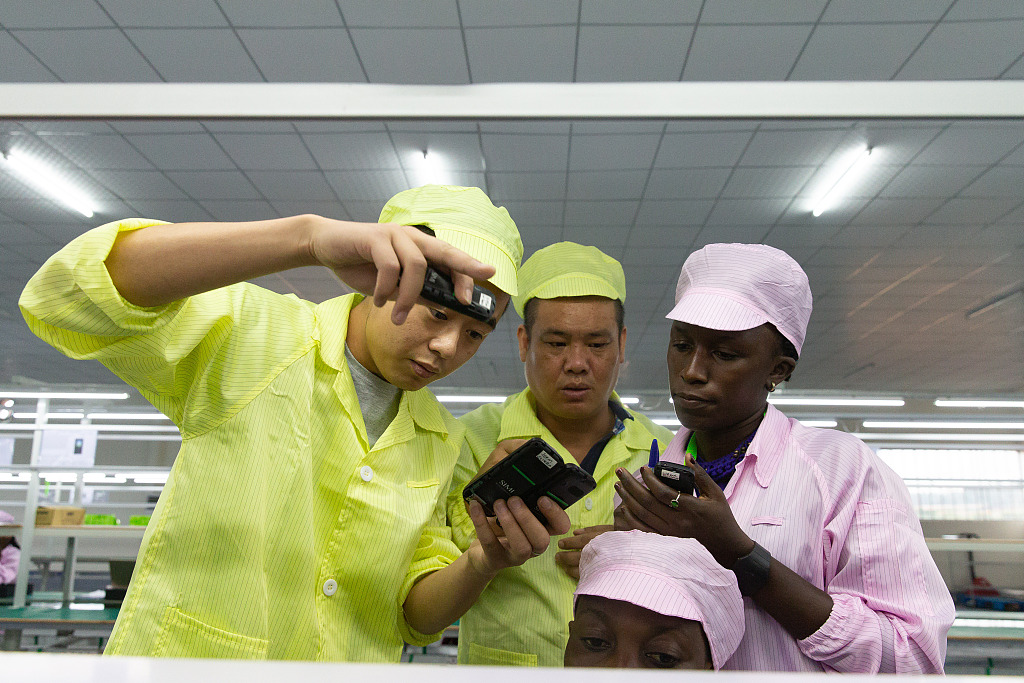 The center, which has immigration officers and tax authorities, is aimed at easing doing business.

He praised the Chinese government for financing Africa's infrastructure development and encouraging Chinese private investors to come to Africa.

Chinese Ambassador to Uganda Zheng Zhuqiang said China is committed to implementing the eight major initiatives announced at the 2018 Beijing summit of the Forum on China-Africa Cooperation.

He said China can share expertise in production and management as Uganda is fast-tracking its industrialization.

Liaoshen Industrial Park currently accommodates 13 factories and employs about 2,500 local people. Zhang Hao, managing director of the park, said they expect to have 35 factories employing over 8,000 people next year.

Uganda has already created over 20 industrial parks in different parts of the country.

The Ugandan government on Dec. 2 approved a plan to borrow 178.3 million U.S. dollars from the Industrial and Commercial Bank of China for the purpose of extending power transmission lines to the industrial parks in the central and eastern part of the country.

Uganda is prioritizing industrialization as one of the key drivers to become a middle-income country, according to the Ministry of Finance.