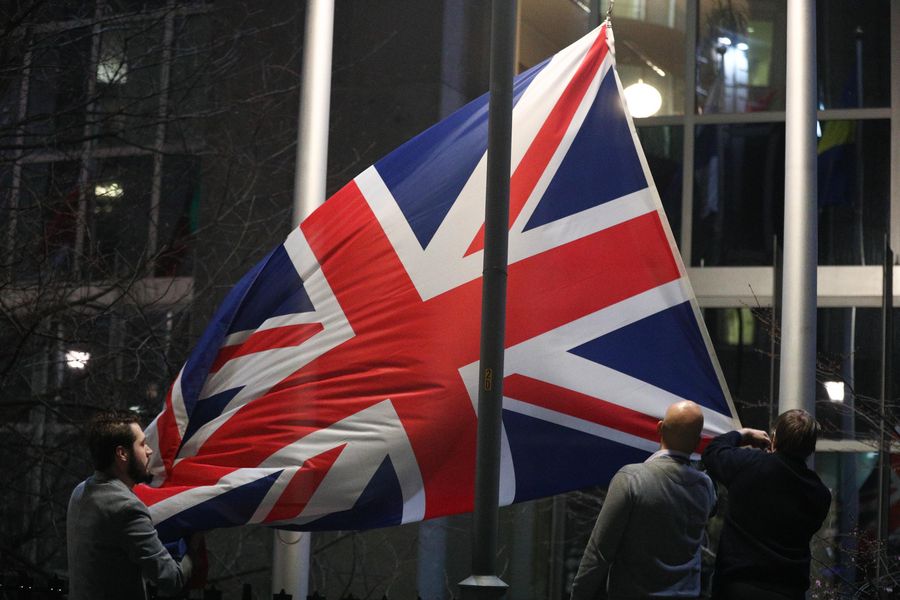 LONDON, Feb. 10 (Xinhua) -- Britain has launched a consultation of new innovative freeports in a move to boost trade, jobs and investment following the country's departure from the European Union (EU), the government announced Monday.

According to an official statement, up to 10 new innovative freeports will be opened across Britain, with the location of the new zones expected to be released at the end of this year so they can start business in 2021.

Freeports will benefit the local area as the government aims to "level up the country and seize on the opportunities leaving the EU has presented," said the statement.

Freeports will provide opportunities for "cutting edge" customs, transport and green technologies to be trialled in "controlled environments", before being adopted more widely in relevant sectors of the economy, it said.

In the proposals, no duty will be charged on the goods when being re-exported. Goods into a freeport will not pay tariffs until they leave and enter the domestic market.

Meanwhile, the government is considering new tax measures with an aim to enhance investment, stimulate innovation and cut costs.

Secretary of State for International Trade Liz Truss said: "We are taking back control of our trade policy, and opening every corner of the UK to opportunities across the world."

Freeports will "unleash the potential of our historic ports, creating jobs and regenerating communities across the UK," Truss said.

Chief Secretary to the Treasury Rishi Sunak said the plan is part of Britain's mission as "an open, outward-looking country, championing global free trade with vibrant freeports that work for all of the UK."

After a 10-week consultation, the government will invite "sea, air and rail ports" to bid for the freeport zones on a competitive basis, according to the statement.

The freeport idea was first raised by Prime Minister Boris Johnson during his campaign to become Conservative leader, according to the English newspaper The Guardian. In Johnson's vision for Britain's post-Brexit trade relations, the country will be unshackled after 47 years tied to the EU.

However, Michel Barnier, the EU's chief Brexit negotiator, has emphasized that for the EU to offer a "highly ambitious trade deal" with Britain, Britain needs to agree to "specific and effective guarantees to ensure a level playing field" to ensure competition "is and remains open and fair."