United Nations Secretary-General António Guterres spoke highly of China's leading role in UN affairs on Sunday and stressed that the UN and China's cooperation is important to defend multilateralism. 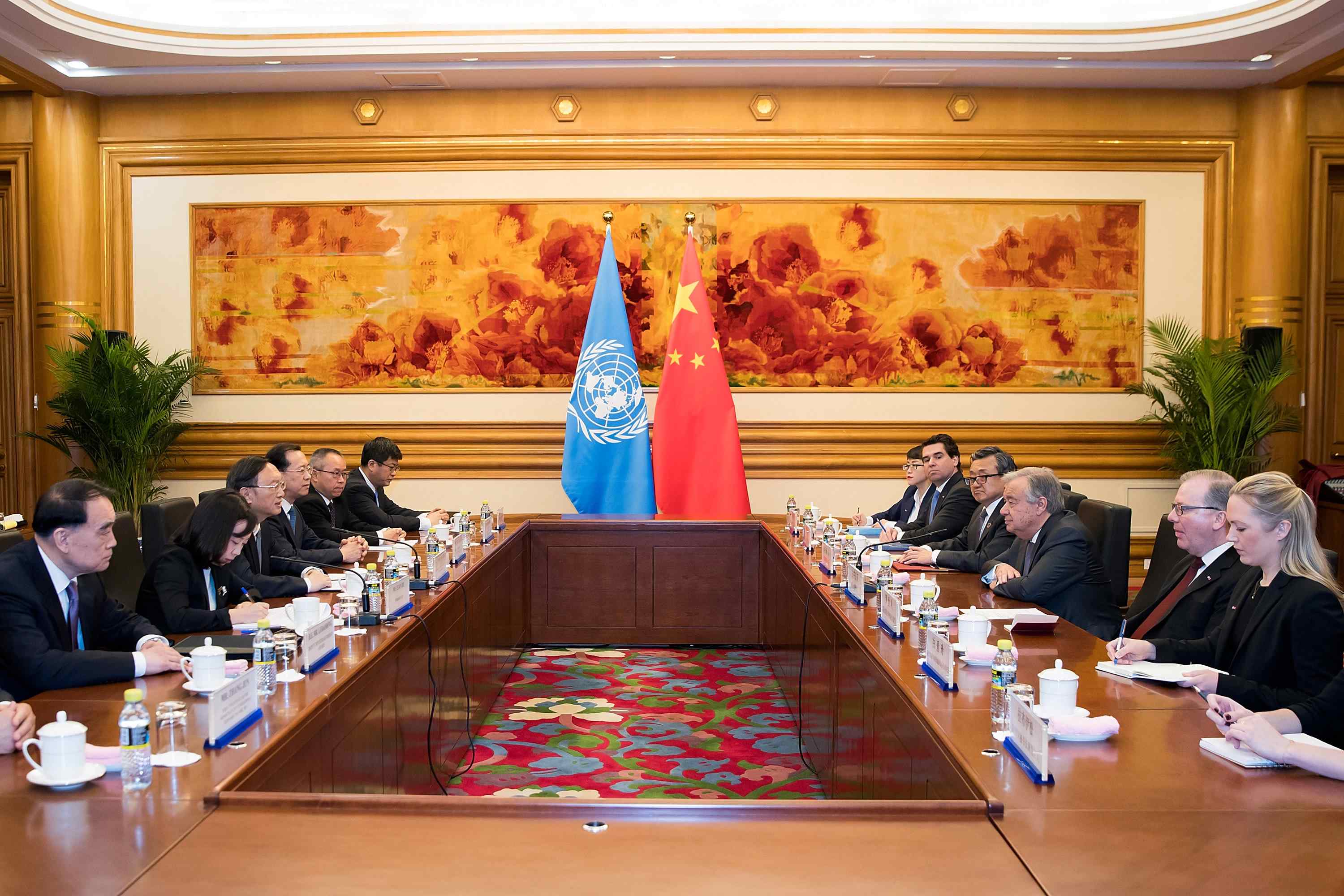 Yang Jiech (3rd L), member of the Political Bureau of the CPC Central Committee and head of the General Office of the Central Committee for Foreign Affairs, meets with UN Secretary-General António Guterres (3rd R) in Beijing, April 8, 2018. (Reuters Photo)

The UN chief made the remarks in Beijing during a meeting with Yang Jiechi, member of the Political Bureau of the Communist Party of China (CPC) Central Committee and head of the General Office of the Central Committee for Foreign Affairs.

Yang said China firmly supports the UN's role and is willing to work with it to safeguard world peace and safety, and to promote economic and social development.

Yang noted that Chinese President Xi Jinping has systematically elaborated on promoting the building of new-type international relations as well as a community of shared future for mankind.

"The international community generally supports and believes that this is in line with the purposes and principles of the UN Charter. It has major practical and long-term significance," he said.

The two also exchanged views on matters of mutual concern.

Wang also called to stick to multilateralism, improve the global governance system and give full play to the core role of the United Nations.

The two agreed that the Belt and Road Initiative is committed to achieving common development and prosperity of countries and will help countries to work together to build a community of common destiny for mankind. "China and the United Nations should further closely cooperate and play a leading role in the process," Wang stressed.

Guterres said a global plan is needed to solve global issues and the plan should adapt to the process of multi polarization. "The United Nations attaches great importance to and appreciates China's leading role in global governance and major international and regional affairs," he added.

"The United Nations supports the free trade system and is willing to deepen all-round cooperation with China," Guterres said. The UN and China will jointly promote the Belt and Road Initiative and UN Sustainable Development Goals, also known as the Agenda 2030.

The two sides also exchanged views on current international and regional issues such as the situation on the Korean Peninsula.