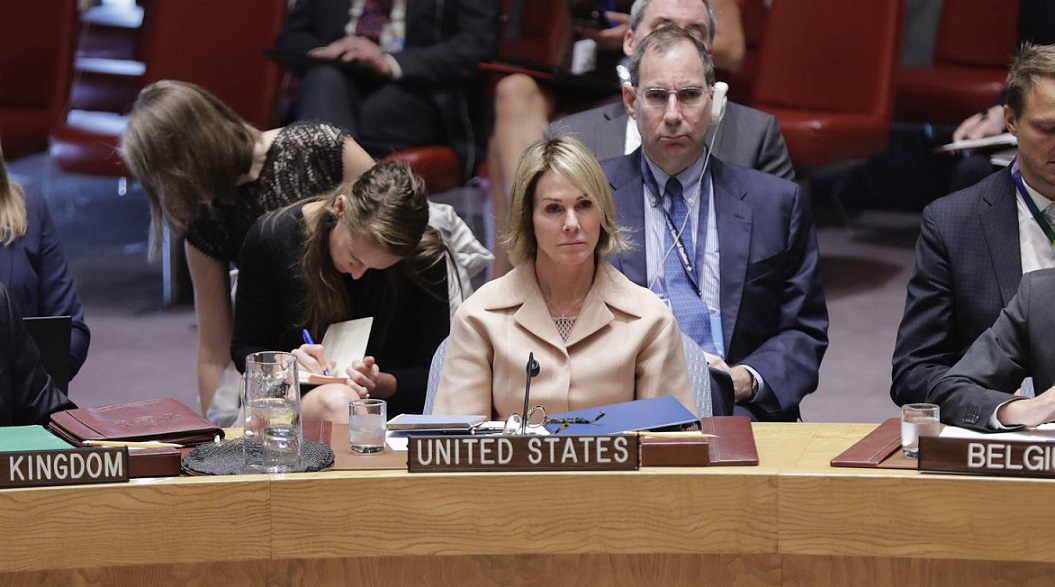 Permanent Representative of the U.S. to the UN Kelly Craft is part of the delegation that arrived in Juba on October 20 for the crucial talks between South Sudanese President Salva Kiir and Riek Machar. (Photo: CGTN)

The team's arrival comes a day after Machar traveled to Juba from Khartoum, where he has been based for months.

The UN and the international community are eager for success in the talks between Kiir and Machar, which are seen as crucial for peace in the country.

South Sudan has been beset by a civil war since December 2013, sparked by a feud between the South Sudanese president and the rebel leader, who was the vice president at the time.

Kiir accused Machar of plotting a coup against his rule, allegations the latter denied but then went on to mobilize a rebel force to fight the government.

The war has killed tens of thousands and forced millions of others to flee their homes, prompting the UN to rank the country as Africa's biggest refugee crisis.

While a peace deal was struck in September to end the war and institute a unity government, Machar is yet to return to take up his designated vice president position in the proposed transitional government.

Both President Kiir and Machar have expressed support for the deal and restoration of peace in the country.

The two leaders are expected to meet later on Saturday at the presidential palace.