Military forces from India and Pakistan will train together under the framework of the Shanghai Cooperation Organization (SCO)'s counter-terror military exercise, "Peace Mission 2018," according to Indian media. It will be the very first time for soldiers from the two countries to jointly conduct training for war game. The SCO's role in maintaining regional peace has started to display. 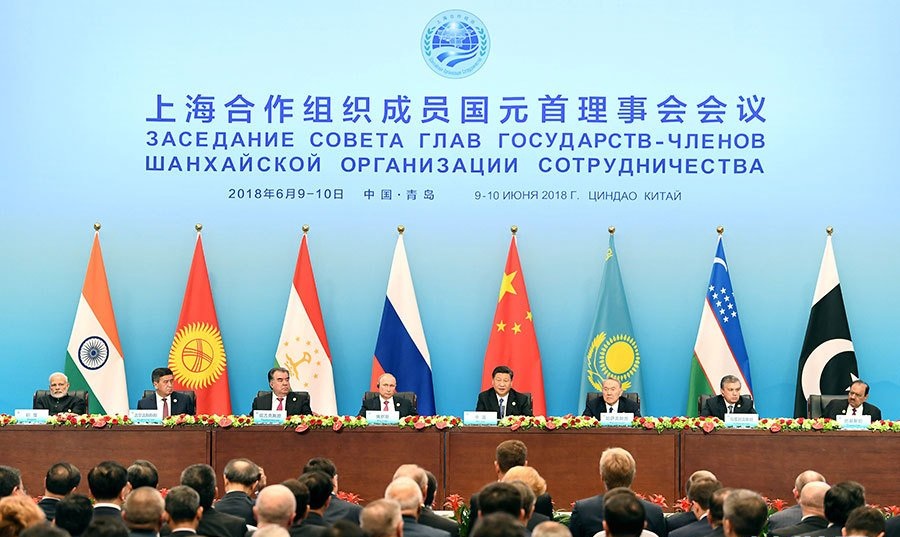 Since the partition of India in 1947, conflicts between New Delhi and Islamabad have been occurring one after another. Contradictions between the two have presented enormous obstacles for South Asian regional integration.

Against this backdrop, it is good to see the two agree to take part in joint military training. When India and Pakistan were accepted as full members of the SCO in June 2017, some observers worried that the long-term foes might turn the organization into a platform to fight against each other. Now, it seems that the SCO has instilled a spirit of collaboration between the two.

In 1972, before former US president Richard Nixon met with his counterpart Mao Zedong in China - a meeting that changed the course of history - he asked himself three questions: What did China want? What did the US want? What did they both want? Nixon understood that the third question was the key for both sides crafting a deal.

India and Pakistan also know what they both want - peaceful development. The two countries are aware that they should extricate themselves from the antagonism created by British colonialism, and strive for cooperation. It's been over 70 years since their independence from British rule and it is time to step out of the colonialist shadows.

New Delhi and Islamabad share quite a lot of common interests. They both want to crack down on terrorism, resolve their domestic economic problems and raise the living standard of their people. But without peace and stability or regional integration, these goals are certainly out of reach.

India wants to play a crucial role in the international arena, yet confrontation against Pakistan has been holding it back from realizing its dream. Likewise, Pakistan has also spent substantial resources for its challenges with India. Only by breaking away from their rivalry can they focus on economic development and win larger strategic and diplomatic relevancy.

The SCO provides India and Pakistan a platform to work together. But it is not their sole opportunity. The Belt and Road Initiative also advocates cooperation for common interests. New Delhi has long been suspicious of the initiative, but China is investing in India's manufacturing industry, clean energy, etc, which are not in the name of the Belt and Road initiative, yet embody the same spirit of the program.

The forthcoming joint military training of India and Pakistan deserves encouragement. It is hoped the two can establish mutual trust to serve as a foundation for future cooperation.