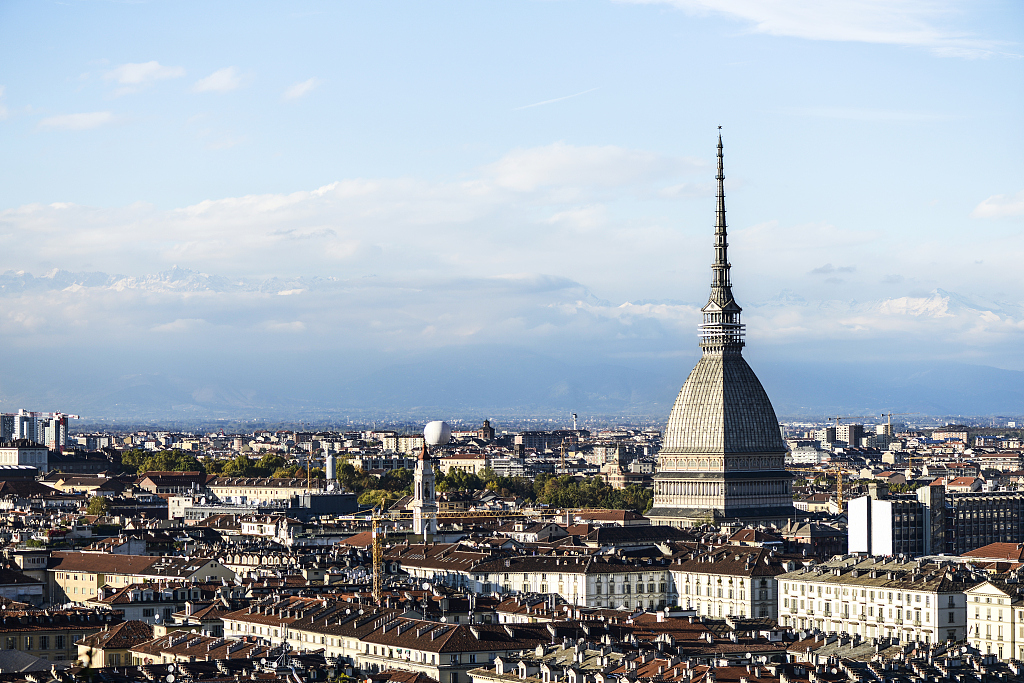 ROME, Dec. 1 (Xinhua) -- At least 10,000 residents were evacuated from their homes in the northern city of Turin as the Army's bomb squad worked to defuse a World War II explosive device that was discovered a couple of weeks ago, city authorities and local media said on Sunday.

The unexploded bomb was found during excavation on a work site, the Turin edition of La Repubblica newspaper reported on Nov. 22, posting a video of the oval-shaped device being examined by military personnel.

On Sunday, authorities divided the area into a red zone, from which "people, animals and vehicles" had to evacuate and which will be off limits until 5 pm, and a yellow zone where residents were asked not to leave their homes, the city explained on its official website.

Red zone residents "who have no temporary alternative lodging will be taken to a reception center with health and veterinary support and where meals will be distributed" at the Lingotto Fiere trade fair space, the city said.

"A reception point for evacuees has been set up and is equipped for all necessities," Turin Mayor Chiara Appendino tweeted, along with photos of herself sitting with residents in the Lingotto Fiere space.

Also on Twitter, the Army posted photos of its bomb squad at work.

Some trains and subways were cancelled or rerouted, and the air space above Turin Airport has been shut down until 4:30 pm. Defusing operations should be over by 5 pm, the city announcement said.

An estimated 378,900 tonnes of bombs were dropped on Italy during the course of World War I and World War II, the National Council of Engineers said in a July 2018 report.

Some of these bombs failed to explode, and the military recovered approximately 60 percent of them between 1946 and 1948, according to the report.

"Based on this data, we estimate that some 15,000 tonnes of unexploded devices are still on our territory," the report said.