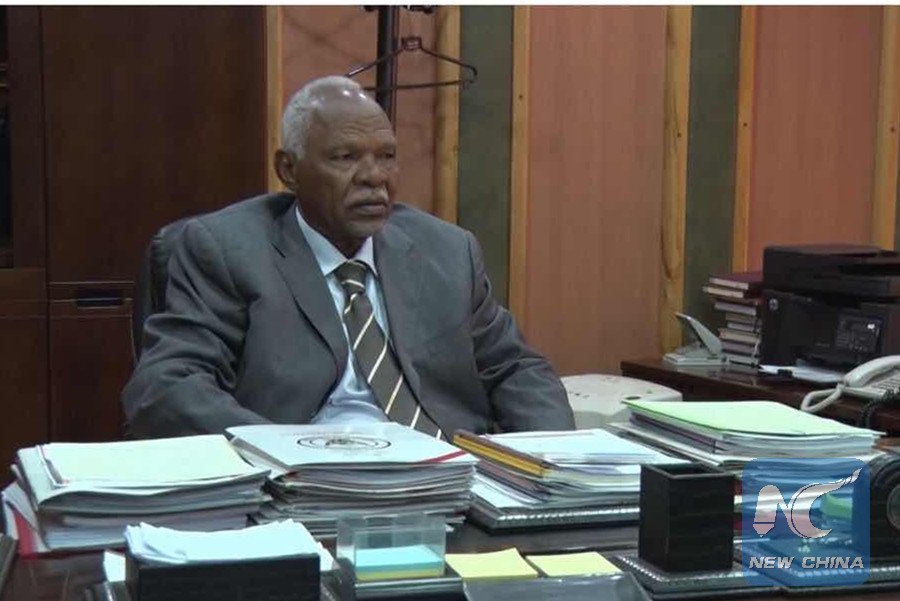 The summit, due on Sept. 3-4 in Beijing, capital of China, is expected to declare priorities and main trends in the Sino-African cooperation in the coming three years.

"The FOCAC summit constitutes an exceptional event and a historical opportunity that is likely to deepen the level of the cooperation between the two sides and find new fields that would benefit both the African and Chinese peoples," Jaz told Xinhua in an exclusive interview.

He further explained that the participation of Sudanese President Omar al-Bashir in the event reflects Sudan's "sincere willingness" to develop relations with China.

"This forum is a new opportunity to renew the strategic partnership, while the president's visit would bring about joint benefits for both the Sudanese and Chinese people. We want our relations with China to represent a model for bilateral ties," Jaz said.

The senior Sudanese official also stressed the role of the forum in building China's Belt and Road Initiative and achieving the community of shared future for the mankind.

The initiative, proposed by China in 2013, refers to the Silk Road Economic Belt and the 21st Century Maritime Silk Road. It aims at building a trade and infrastructure network connecting Asia with Europe and Africa along the ancient Silk Road trade routes.

"Sudan has been among the first countries to support the Belt and Road Initiative. It has also reiterated its commitment to actively participating in its construction," Jaz said.

The upcoming third FOCAC summit is considered an opportunity to underline the support of African countries to the initiative and find a suitable mechanism to build it, he added.

The summit will be held under the theme "China and Africa: toward an even stronger community with a shared future through win-win cooperation."

The first FOCAC summit was held in Beijing in 2006, while the second in Johannesburg, South Africa in 2015.