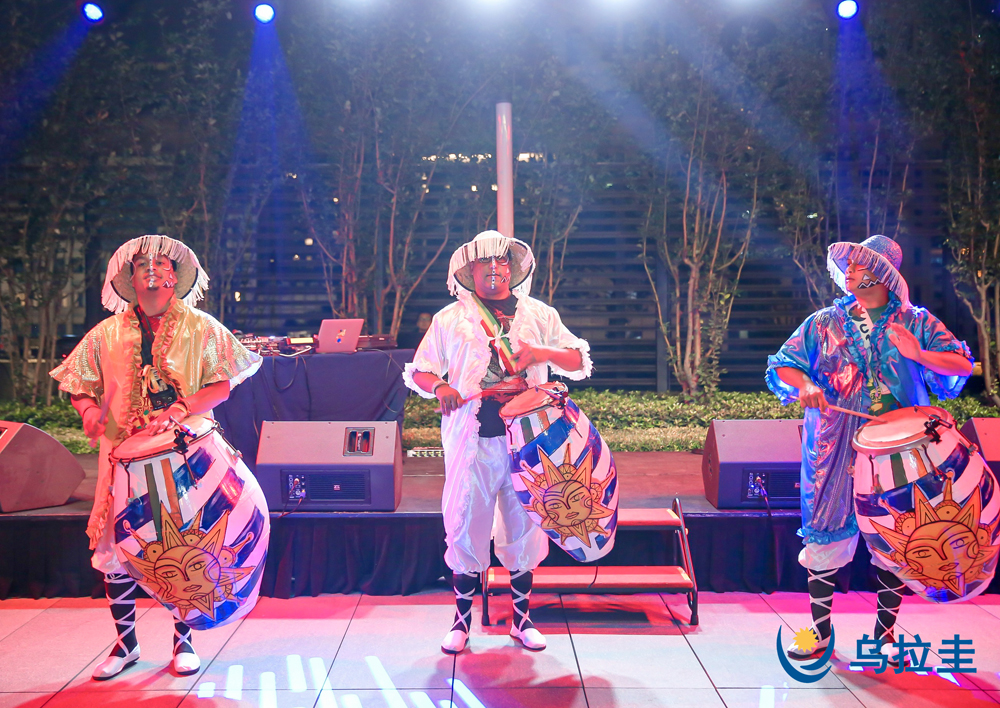 Performers at the launching ceremony of the Uruguay Week on Monday in Beijing. (Photo by chinadaily)

Uruguay kicked off Uruguay Week with business seminar, products and show as part of a campaign to promote closer economic and trade relations with China.

China is Uruguay's top trade partner and the latter was the first country of Mercosur, a South American trade bloc, to sign the memorandum of understanding on the joint building of the Belt and Road Initiative (BRI) with China in 2018.

At the launch of the week in Beijing on Monday, Guillermo Moncecchi, Uruguay's Minister of Industry, Energy and Mining, said his country is a great partner to China despite its small territory and geographical distance citing the countries advantages as a regional business hub and its role in the Belt and Road: the gateway to Mercosur and Latin America.

"We are complementary, we are reliable and we have a lot to offer to each other, in mutual benefit," Moncecchi said.

"Uruguay has positioned itself as a reliable and attractive destination for foreign investors. It is one of the Latin American countries with the best facilities for doing business," said Antonio Carámbula, president of Uruguay XXI, the country's investment, export and image promotion agency.

The country is also a world leader in renewable energy and the most advanced in the development of communication and information technologies in Latin America.

With 3.5 million inhabitants, the country uses 80 percent of its territory to raise cattle with beef as its main production.

China is Uruguay's top beef importer with 60 percent of the beef export of the Latin American country coming to China in 2018. The country sees great potential market in China as Chinese only consume 5.5kg beef per head annually compared to 60kg in Uruguay.

Uruguay's Week in China is organized by Uruguay XXI with the support of the Uruguayan Embassy in China and will travel to Tianjin and Shenzhen. In 2018 this activity was headed by the Uruguayan Minister of Foreign Affairs, Rodolfo Nin Novoa, and took place in Beijing, Chongqing and Guangzhou, where consulate general was also inaugurated.