BRI NEWS US participation in Belt and Road inevitable

US participation in Belt and Road inevitable 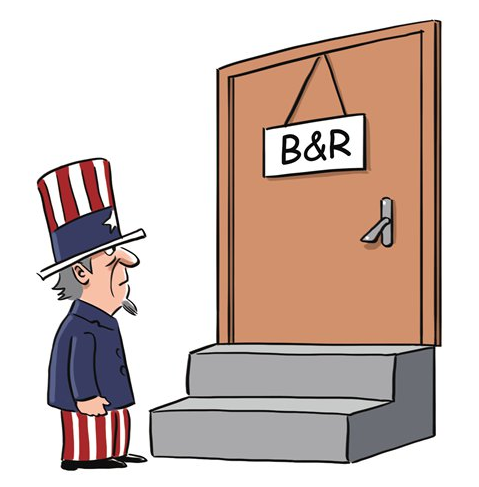 Trade was US President Donald Trump's focus during his first visit to China, and the deals - worth $253.5 billion - that were signed by the two during his stay will enable the US to better learn about the potential and prospects for economic cooperation. Against this background, it is time for the US to reconsider joining the Belt and Road initiative, which offers wider space for cooperation. The administration of former president Barack Obama had no interest in the Belt and Road because it did not figure out China's intention. But the success of the Asian Infrastructure Investment Bank (AIIB) surprised the US strategy field. The Obama administration's faults have left space for the Trump administration. Sino-US cooperation on the Belt and Road initiative will not only benefit economic and trade ties, but also shape the trajectory of a new mode of major-country relationship and the world in the next 50 years.By proposing the initiative, China aims to make up for the flaws of the current system or even to push it to reform. It supports the dollar system like the AIIB, but it also innovates financial cooperation modes and will lead to reform of the international financial system. Cooperation between China and the US will help push reform of current international systems, and in this process the initiative provides a broad platform for the two sides.No doubt, the US still has strong discourse power in financing and security, while China has obvious advantages in infrastructure and raising people's livelihood. The two can therefore complement each other in many aspects.Although the US has not announced it will take part in the Belt and Road, it already has connections with it. The standards, rules, capital, technology and personnel involved in projects along the routes are global, with massive engagement of US companies, staff and dollars. For instance, the construction of the Melaka Gateway in Malaysia has US investment. Since the US is already involved, why not go further to participate with a clearer attitude? China and the US can cooperate in this regard in various forms.They can start with regional cooperation. The initiative can first enter developing districts in developed countries, like the US Midwest, to be promoted by cooperation between China's provinces and US states. China and the US should first cooperate on infrastructure. According to Professor Justin Yifu Lin's model, for every dollar invested in infrastructure construction in developing countries, they will increase their imports by $0.7, of which $0.35 comes from developed countries. Therefore, the initiative will lead to increased exports from developed countries and create jobs to facilitate their structural reform.The two countries can work on military resources. US media quoted Secretary of Defense James Mattis' report that about 19 percent of US military facilities are idle around the world. It is worth trying to let Chinese enterprises with sufficient overseas commercial experience develop these facilities. This benefits both sides.They also can exploit more potential for the 21st-Century Maritime Silk Road. They can cooperate to avoid traditional security conflicts in the sea, under the framework of international maritime organizations, agreements and laws. Besides, they can strengthen cooperation in navigation, logistics and maritime industries.Americans believe that if you can't beat others, join them. The US is likely to join the Belt and Road initiative. In fact, Trump has shown he is open to joining the AIIB.Furthermore, China and the US can come up with initiatives to establish a global infrastructure investment bank, global interconnection and global development programs. This can align US advantages in industrial rules and standards with Chinese infrastructure development, and US security advantages with Chinese advantages in economy. It benefits bilateral cooperation in developing a third market and guarantees the security of sea lanes. It will prompt their economic transformation, develop a new type of major-country relationship and upgrade globalization forms.Some Americans worry that China's initiatives will challenge the US-led international order. But Sino-US cooperation is a mainstay of the world. Cooperative initiatives related to China and the US, including the Belt and Road, will serve the two nations' interests and benefit the world. What's more, functional participation and constructional cooperation has always been what Trump aims for.