PHNOM PENH/GUANGZHOU, Sept. 17 (Xinhua) -- Earlier this year, 32-year-old Chinese businessman Wu Yuwen came up with a bold idea of opening a commercial air route by himself to link Cambodia's Sihanohkville with his hometown in the southeast Chinese province of Guangdong. 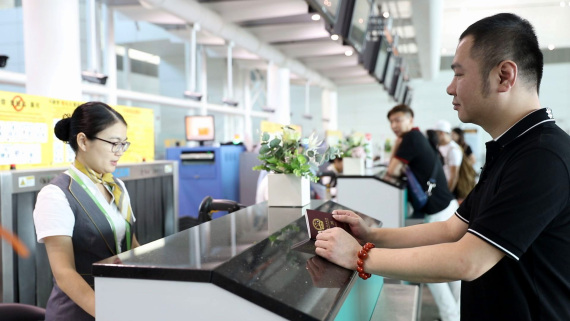 Despite more than a decade's experience in cross-border trade, furniture manufacturing and hotel management in Cambodia, Myanmar and Vietnam, he barely knew anything about the airline industry till this year.

Wu's new business was born thanks to the changes brought by the Belt and Road Initiative to Sihanohkville, the second largest city of Cambodia.

The fledging industrial parks in the Sihanoukville Special Economic Zone (SSEZ) , jointly established by China and Cambodia in 2008, experienced a boom in recent years after the implementation of the Belt and Road Initiative launched in 2013.

As of August, a total of 125 companies from all over the world had invested in the SSEZ, including 108 Chinese companies which offer over 21,000 local jobs, SSEZ President Chen Jiangang told Xinhua.

Yet for Wu and many others, the problem is enduring a tough journey to reach there. Wu's hometown is Jieyang, a small city in Guangdong, which had no direct flight to Sihanoukville till June this year. He had to take a three-hour high-speed train to the capital city of Guangzhou, and then take a flight from Guangzhou to Phnom Penh in Cambodia before driving five hours to Sihanoukville.

"It's a waste of time, and very exhausting," Wu said. His company had to keep a business convoy both in Guangdong and Cambodia for commuting.

Along with business opportunities, people are flocking to Sihanoukville and have caused a considerable burden to Wu's convoys because many Chinese entrepreneurs investing in Cambodia come from Jieyang and two nearby cities of Shantou and Chaozhou.

Wu sensed the urgent need for a direct route linking airports in Sihanoukville and Jieyang. After months of preparation, he reached an agreement with the Cambodia Sky Angkor Airlines in June to open a direct charter flight from Jieyang Chaoshan International Airport (JCIA) to Sihanoukville.

The one-way journey takes only two and a half hours. Furthermore, the figures of passengers are better than expected. As of late August, the route has a passenger load factor of over 90 percent from Jieyang, and the percentage of return trips has reached 80 percent, which means profits, Wu said.

Today, there are regular flights from Jieyang to Cambodia on Tuesday, Thursday and Sunday afternoons. Additionally, the Lanmei Airlines of Cambodia has joined the charter route, which makes the number of flights on the route increase to six per week.

"Putting wings on the Belt and Road Initiative" is how General Manager of JCIA Company Guo Dajie describes his job. The airport's goal is to become "an important link of the air routes between China and Southeast Asia," Guo said. 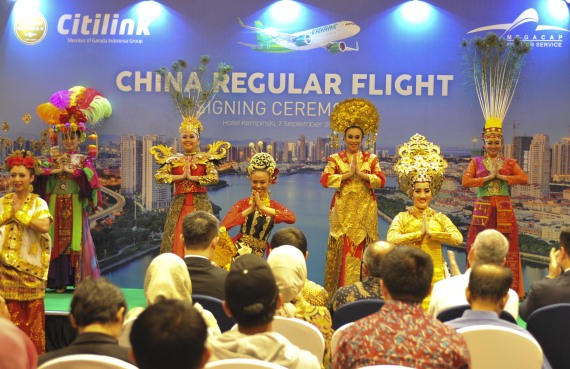 "The Chinese wings" bring not only tourists and investment, but also technology innovation and exchange. 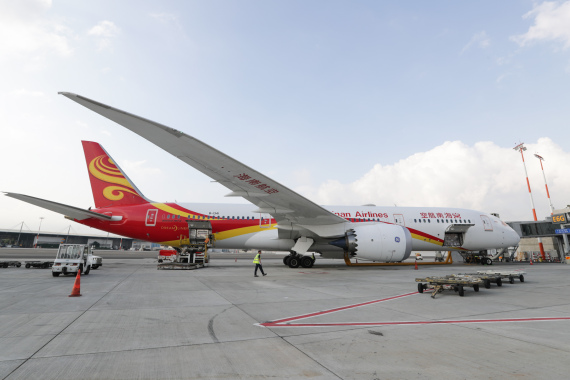 With the new route, the number of flights between China and Israel has increased to 10 per week. "It is also 'the route for technology', which will witness the development of cooperation on technology innovation between the two countries," said Qi Yaoming, secretary of the Board of Guangzhou Baiyun International Airport Co., Ltd.

"I think that it is very good to the relations of tourism, economy and business between the two countries," said Israeli Minister of Transportation Yisrael Katz at the opening ceremony of the first Guangzhou-Tel Aviv flight held at the Ben-Gurion International Airport of Israel.

A month before the Inauguration of the route, China-Israel Technology Innovation IP Trading Platform was set up in Zhuhai, a city located in the Pearl River Delta region of Guangdong. The first four patents traded on the platform are all from Tel Aviv University of Israel.

China and Israel announced in March 2017 an innovative comprehensive partnership. From January to May of this year, the number of passengers of China-Israel air routes exceeded 80,000, which nearly doubled that of the same period in 2016, data from the Civil Aviation Administration of China (CAAC) showed.

The opening of the Guangzhou-Tel Aviv route is expected to promote the number of passengers between China and Israel to reach 220,000 for the whole year, said Rao Zhiteng, regional director for Central South of Marketing Department of Hainan Airlines. 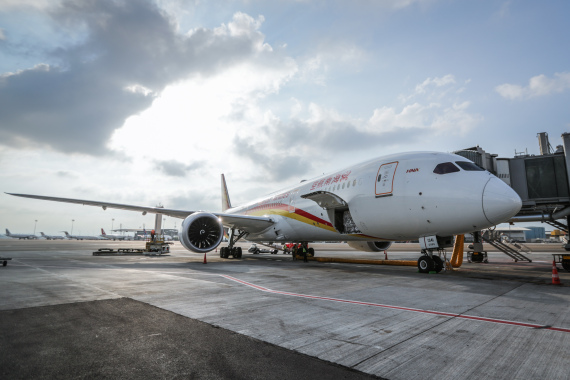 Presently, the annual conference of global aviation World Routes, running from Sept. 16 to 18, is ongoing in Guangzhou. This is the second time in three years for this industry event to be held in China. 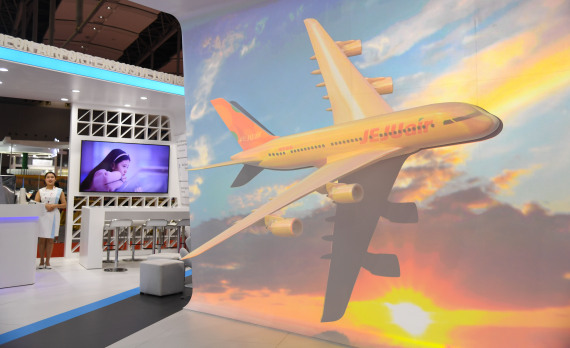 Chief Brand Officer of World Routes Steven Small said when considering the bids to host 2018 World Routes, they returned to China because it is set to become the world's largest aviation market within the next five years.

Chinese cities, including Guangzhou, also hope to seize the opportunities in the new round of development. Taking Guangzhou Baiyun International Airport (BIA) as an example, its route map so far has covered more than 210 destinations on five continents, and among them 86 are international ones. 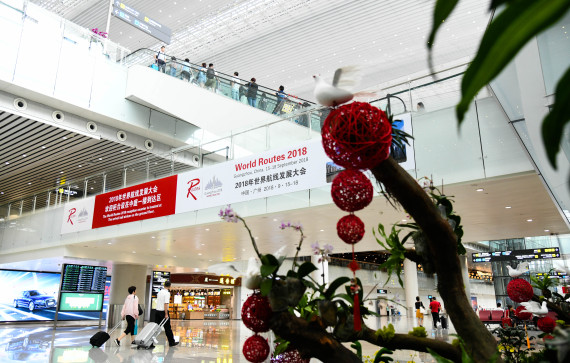 The BIA company's Chairman Qiu Jiachen told Xinhua that in the next three years, the BIA will try to open 30 international routes from Guangzhou to Madrid, Chicago and Boston, seeking to become a global aviation hub.

According to the CAAC's latest statistics, for the 2018 summer-autumn aviation season, a total of 29 Chinese airlines operated regular round trips from 47 cities in China to 81 cities in 37 countries along the Belt and Road. The number of flights per week reached 2,849.

At the same time, there are 90 airlines from 37 countries along the Belt and Road operating regular flights from 84 foreign cities to 52 Chinese cities, with more than 2,346 flights per week.

"(China's) Civil aviation is highly internationalized and standardized. It has unique advantages for promoting the Belt and Road Initiative and elevating China's opening up to a new level," said Zhang Qing, a senior official of CAAC.

As the SSEZ in Cambodia aims to develop itself into a fully functional model of industrial park with 300 resident companies and up to 100,000 workers, Wu has a plan for his future business.

(Xinhua reporters Zhang Xin in Beijing, Mao Pengfei in Phnom Penh and Chen Wenxian in Jerusalem contributed to this story.)