BRI NEWS Video: The race against pandemic on the Silk Railroad

Video: The race against pandemic on the Silk Railroad

The pivotal role of transportation has been felt more strongly amid the raging COVID-19 pandemic, which has over the past months jeopardized most travel by air and ship, further battering the economies of countries in lockdowns or under strict restrictions.

China-Europe freight trains are one of the few shipping channels that bring people necessities and medical protective equipment. Over 5,122 of the trans-continental trains have operated in the first half year 2020, registering a year-on-year increase of 36.5% and  4.2 trillion yuan ($600 billion) in trade volume. Thousands of masks, protective gowns and goggles have been delivered to dozens of countries such as Russia, Germany, Spain and Italy to help locals fight against the epidemic. 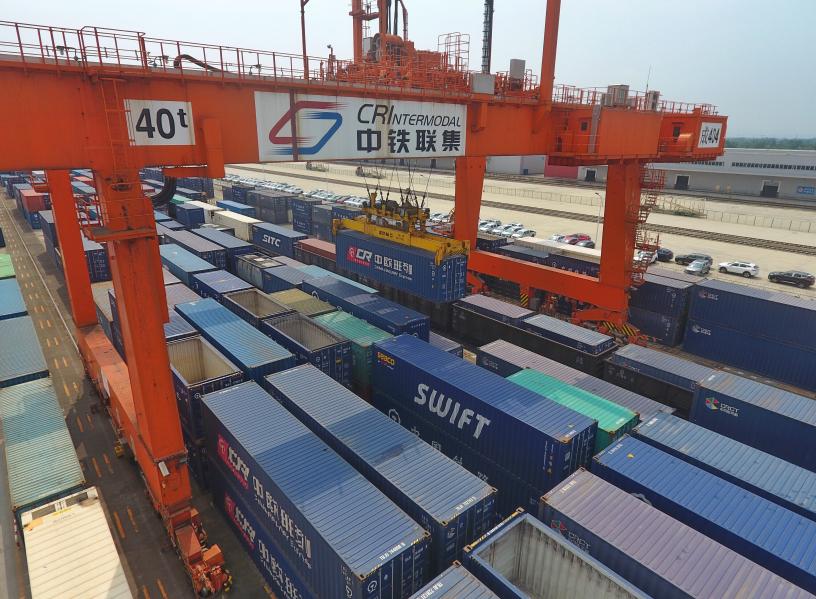 Dubbed "caravans of steel camels,” the trains also shored up business trade and stabilized local markets of nations along the railway line. Consumers in Poland wear wigs shipped from East China's Yiwu city in their joyful virtual performances during lockdown. Commuters in Spain are able to buy bikes from China's e-commerce platform even though the ones in local stores were sold out. Timber, wine and machine components are available in China's market partly thanks to the increased volume of the trains.

Yet the special express also encountered some headwinds caused by the pandemic, especially in the early days of the outbreak. For safety reasons, many countries have imposed harsh restrictions on customs. Many local logistics networks were suspended to curb the spread of the virus, making it much harder for trains to stop, unload and deliver their cargo.

As China managed to get the epidemic under control, the country made tremendous efforts to bolster the operation of the China-Europe freight trains due to their much cheaper cost than air freight and faster delivery time than ships. Using the strength of e-commerce and digital logistical networks, China cooperated with numerous destinations, bringing down delivery time by half. It also modified procedures and opened green lanes for medical equipment, providing much faster customs clearance.

After passing the peak of the spread of the epidemic, a growing number of nations are joining in the operation of the China-Europe freight trains, racing to inject momentum into the lifeline that has supported many people amid the outbreak.

When facing crises, we humans must try to tackle them together.