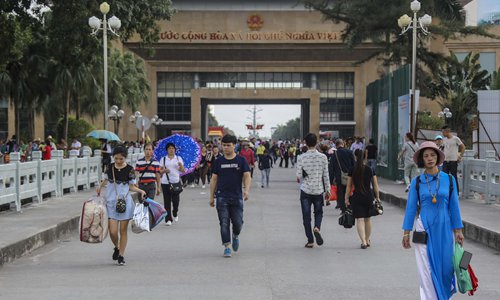 Vietnam will more than double its power generation capacity over the next decade to support a fast-growing economy, new guidelines for a national energy development strategy show.

The Southeast Asian nation aims to boost capacity to 125-130 gigawatts (GW) by 2030, from about 54 GW now, the Communist Party's powerful decision-making politburo said in a document this month.

The strategy is "aimed at ensuring national energy security, and sufficiently supplying power for fast and sustainable socio-economic development," it added.

Vietnam, one of Asia's fastest-growing economies, will have to battle severe power shortages from 2021 as demand outstrips construction of new power plants.

It will raise the proportion of renewable energy to 15 to 20 percent by 2030, while trying to cut reliance on coal for electricity production, the strategy document showed.

The strategy calls for oil refineries to meet at least 70 percent of domestic demand for refined petroleum products. Vietnam will also develop infrastructure to be able to import eight billion cubic meters of liquefied natural gas annually by 2030.